The FreeBuds Studio are Huawei’s first over-ear active noise-cancelling (ANC) headphones, and follow hot on the ears of its FreeBuds True Wireless models.

The Chinese giant may be Google bereft when it comes to smartphones, but it’s increasingly bullish about audio entertainment, recently partnering with French audiophile outfit Devialet for its Sound X Bluetooth speaker. Now it’s eager to wade deeper into what seems like a roiling sea of competing headphones. But is it out of its depth?

It’s easy to see the reference points here. The nomenclature echoes Beats; the minimalist design channels Sony’s WH-1000XM models – but they sound like neither…

Let’s enthuse over the design of the FreeBuds Studio. The clean lines are reassuringly minimalist, and there’s detail and texture to enjoy, from the soft ear pleather to the metallic headband.

The soft protein leather ear pads have a luxurious feel, and the headband is generously padded. 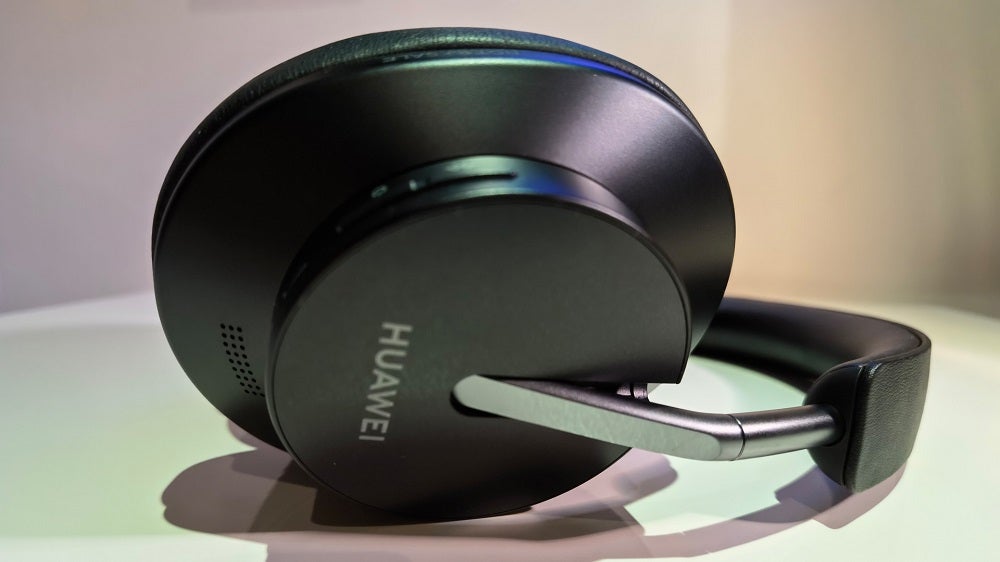 The slightly pyramidal earcups are relatively large, at 65 x 42 mm, and they offer a good, isolating fit. They also have a certain amount of freedom and play, which should accommodate a variety of head shapes and sizes. Once on, we weren’t in a hurry to take them off.

Available in either a black or gold finish, the Studio’s look more premium than their price tag suggests.

Overall usability is fine. The Studios have wear-detection, turning on and off automatically when you remove or replace them. There’s also a six-mic call noise-reduction system to amplify incoming calls and minimise background noise. A dual antenna over-ear wireless headphone offers omni-directional signal coverage, so connections are quite robust.

Huawei dubs its active noise cancellation system as Dynamic, and offers a trio of noise-cancelling modes able to adapt to ambient hubbub.

The implementation is effective, decent for the price, but is isn’t class-leading. The headphones augment ANC with a “TAT” double-layer, sound-deadening earcup structure, which when coupled with traditional ambient noise cancellation, claims to be effective up to 40dB. It takes the edge off unwanted ambient audio, but we found it quite easy to make out conversations when it’s active; everything is just a little muffled. 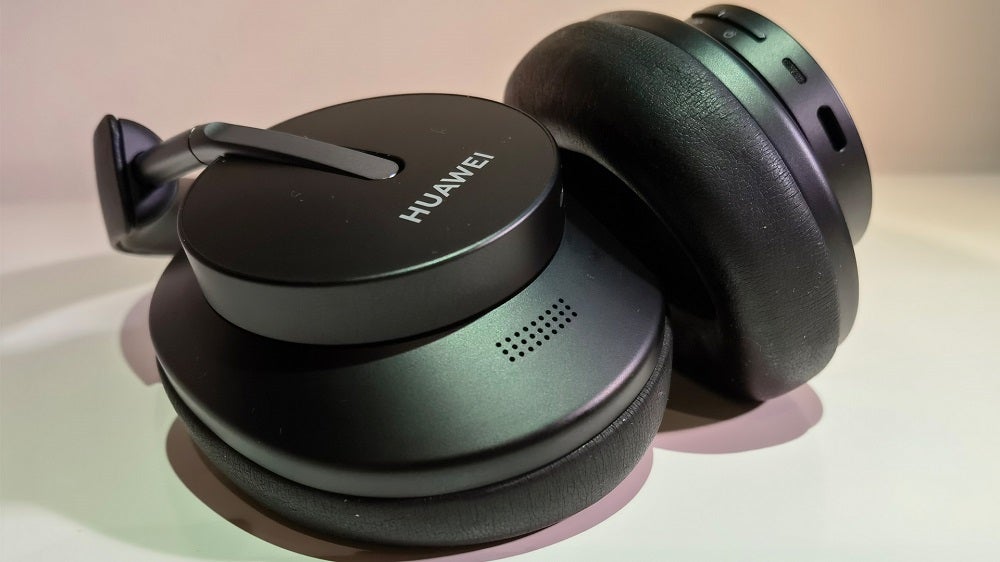 Helpfully, the headphones support a dual Bluetooth connection, a consequence of the Bluetooth 5.2 specification, which supports isochronous connections. This means you can connect two devices simultaneously, something of a boon if you’re working on a laptop and listening to your mobile.

The headphones also utilise Huawei’s proprietary L2HC wireless audio codec, which is capable of a 960kbps transmission rate. However, this only works with the brand’s Mate 40 or P40 series smartphones running EMUI 11 or above (Lite series owners need not apply), so it has fairly limited appeal.

A cursory glance at the spec sheet bodes well. Inside each earcup lurks a four-layer 40mm polymer diaphragm driver that can technically soar to 48kHz… but that’s not the story here.

Yes, the FreeBuds Studio make a requisite noise and are entirely functional, but intangibles such as timing and musicality are absent. There’s no sense of joy to be had from wearing them.

A run through of Alestorm’s No Grave But The Sea (Amazon Music HD) proves quite revealing. There are lots of clearly rolled “rrr”s and a quite jolly mid-range, but there’s scant deep sea bass, and this characteristic lack of oomph keeps being noted. That tangible sense of physicality, of pressure exerted, is absent.

The 8-bit rhythm that opens Mexico, from the same album, is similarly crisp and detailed, but you swiftly get the impression these over-ears don’t have their swagger pants on. They dad-dance rather than rock out. Alestorm’s violin refrain mid-yo-ho is sweet and comfortable – but, again, there’s no sense of sonic propulsion from the headphones. 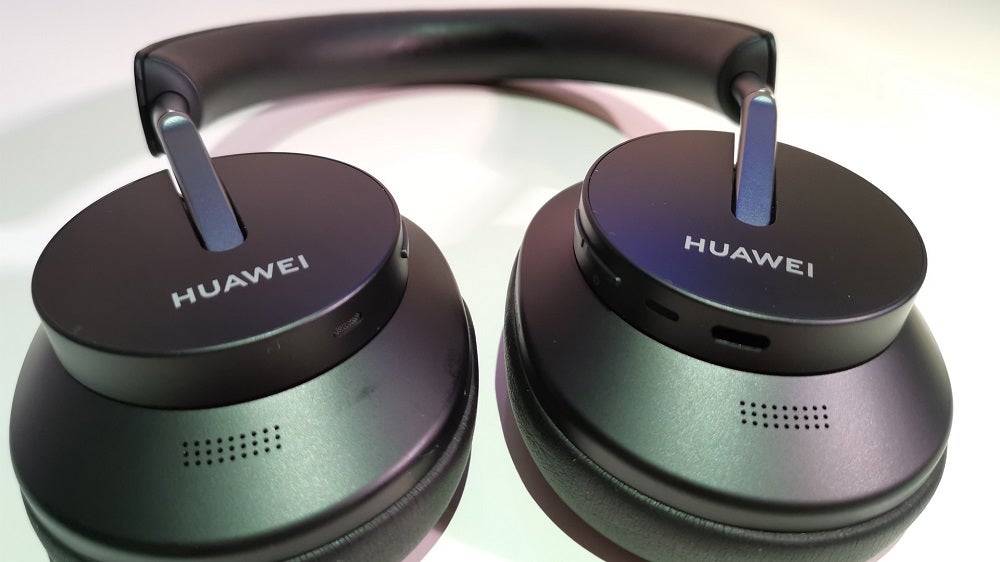 But are we expecting too much from headphones that retail for little more than £200? It’s worth noting that the launch price of £299 fell away pretty swiftly.

Enter German power metal band Powerwolf, and their anthemic We Are The Wild (from Blessed & Possessed). The track should exude both pomp and stomp, but its presentation here is overly monophonic, as presented by the FreeBuds Studio it’s just not grand enough. Those drivers may sound silky in the mid-range, but they wilt like chocolate in a pizza oven when things get a little more complex and pacy.

And, rather miraculously, the Studios manage to take all the heat out of Judas Priest’s Firepower.

Battery life is somewhat down on the competition, offering 20 hours with ANC on and 24 with it off. With Quick Charge you’ll get another five hours of ANC playback for around 10 minutes on the mains, using the USB-C port. Rivals offer around 30 hours.

Related: How to buy the right headphones

Should you buy the Huawei FreeBuds Studio?

If you dig the style of the FreeBuds Studio headphones, then these cans are certainly worthy of investigation. As you’d expect from Huawei, they’re beautifully built and enjoy a high-quality finish.

But while these headphones look more premium than their current price tag might suggest, when it comes to sheer musicality there are better options out there.

The FreeBuds Studio may aspire to Sony’s noise-cancelling crown but they don’t come close to that brand’s WH-1000XM3 (currently cheaper than these Huawei headphones), and for sheer sonic euphoria a pair of Marshall Major IV will serve you better.

While the Studios don’t deliver when it comes to timing or performance, there’s plenty to build on. Huawei has a habit of getting things right in the end, and we’re already looking forward to the second-gen FreeBuds Studios.

In the meantime, there’s no shortage of superior sonic offerings from the likes of Sony, Sennheiser, Bowers & Wilkins to audition.