Given that the Ascend Y300 doesn’t have a separate apps menu, we’re glad to see that the phone doesn’t have too many pre-installed apps. It just comes with a few basic utilities to help you backup your phone and access its file system. Oh, and an FM radio that uses a plugged-in headphone cable as an antenna.

There are no fancy social networking shenanigans here, so you’ll need to download the clients from the Google Play app store if you’re a Twitter or Facebook fan.

Get downloading and you’ll start realising one of the Ascend Y300’s shortcomings – it doesn’t have a great deal of internal memory. It has 4GB of internal storage, with only around 800MB of that available to install apps directly to. 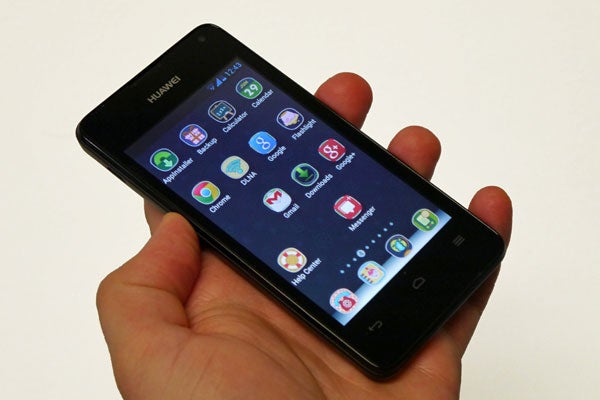 This becomes highly problematic if you’re dealing with a game that requires a big old chunk of extra data to be downloaded. We couldn’t get Real Racing 3 to install, for example.

It’s a pity because, despite being quite low-powered, it can handle some snazzy 3D games at playable speeds. Zombie blaster Dead Trigger chugs in parts, but is certainly playable.

Performance is OK, but there are signs of lag. For example, when heading back to the home screen from elsewhere in the UI, there’ll sometimes be a delay before the app icons display. There’s also occasional minor jittery lag when flicking through home screens.

This will be partly down to the custom interface the Ascend Y300, as the phone does have enough power to avoid these sorts of stumbles. It uses a Qualcomm MSM8225 processor, also referred to as the Snapdragon S4 Play chip. It’s a slower, cheaper alternative to the S4 Pro, seen in phones like the Sony Xperia Z.

The Snapdragon S4 Play is a dual-core 1.2GHz chipset that has the Adreno 203 GPU. The CPU uses Cortex-A5 45nm cores, which are a way behind the advanced cores you’ll find in higher-end phones.

It’s no powerhouse, and comes out with around 6,000 points in the AnTuTu benchmark. This performance is comparable to the top phones of two years ago, such as the Samsung Galaxy S2. Old as that phone may be, matching its performance is not bad for £100, and is a solid upgrade from last year’s budget phones such as the Galaxy Ace 2. 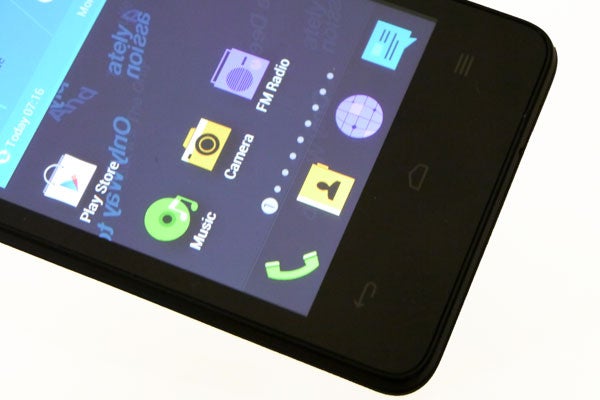 If you want to use the Ascend Y300 as either a video or music player, you’ll definitely need to invest in a memory card. The gigabyte of internal memory that you have access to (of the 4GB total memory) is nowhere near enough to hold even a small media collection.

Video support without the help of a third-party app is very poor. It will hardly play any file types – DivX, Xvid and MKVs all failed to play.

With MX Player installed (it’s one of the most popular media players, and is free), the Ascend Y300 makes a decent little movie machine for SD files. However, it stumbled with some HD-quality content as it doesn’t have quite enough power on tap. There’s little point using HD videos, though, as the screen isn’t high-res enough to make the most of them.

Still, the screen is large enough and high-quality enough to make watching a TV episode or two on the train a pleasurable experience. We doubt whether you’d want to stretch to a movie-length session, though.

The Huawei makes no special moves on the music front. It relies on Google’s music player apps and there’s no fancy DSP to make either the headphone or speaker output sound better. 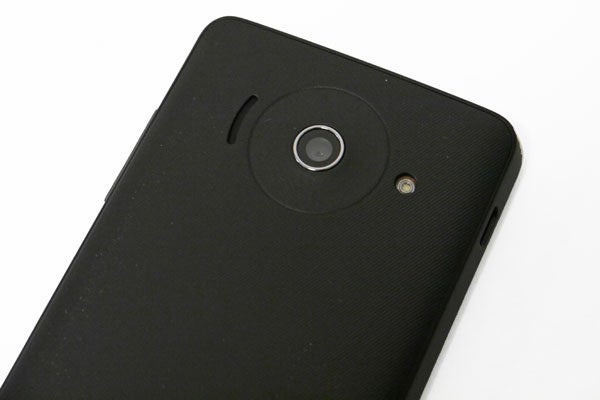 The internal speaker isn’t too bad, though. It goes fairly loud and while it sounds a little strained at top volume, it isn’t the harsh and reedy sound we expected to hear. The speaker output sits up near the camera lens.