The Huawei Ascend P7 is a phone that sacrifices battery capacity a little in order to get as slim as it is. It uses a 2500mAh unit, which is a good deal smaller than the batteries seen in just about all the phone’s major rivals.

It shows in the phone’s stamina too – it is poor compared with phones like the Sony Xperia Z2. When tasked with playing a video with the screen at mid-level brightness and Wi-Fi/mobile internet turned off, it’ll last for between seven and a half and eight hours. 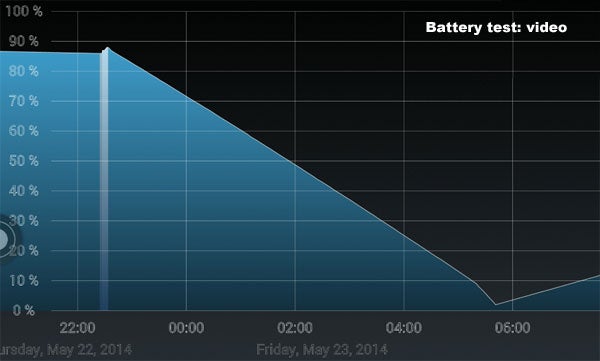 Part of the reason for this is not to do with battery capacity, but the way the phone’s processor handles power management with tasks like this. But one saving grace is that the Ascend P7 uses very little power in standby, which was one of the leading benefits of a recent rival Qualcomm 800/801 processor. In other words, the phone will last for ages if you leave it in standby, but not so long if you actually use the thing.

This will be an everyday charge phone for most people – we found it will last a full day, but you often don’t get enough charge on the second day to act as insurance.

You might expect the internal speaker to be another victim of the Ascend P7’s slim body. But given the design, we’re quite impressed.

The phone uses just a single speaker output that sits on the phone’s back. It’s not the optimum arrangement, but it is loud and quite powerful-sounding. You don’t quite get the warmth and body offered by the HTC One M8’s BoomSound speakers, but the sound quality is a pleasant surprise.

The quality of calls in general is less remarkable. Sound from the earpiece speaker is quite boxy, and lacks a little volume and authority compared to the Xperia Z2, for example. However, it’s not ouright bad so most people should experience no serious problems. 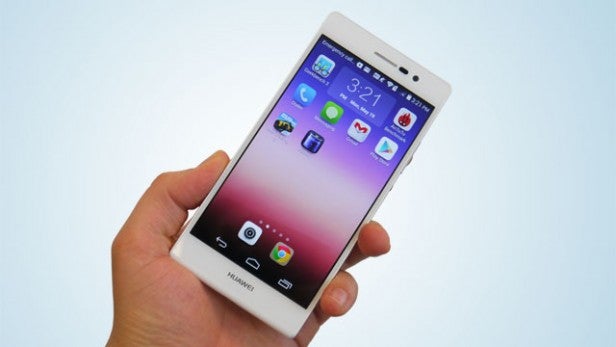 Should I buy the Huawei Ascend P7?

Among Huawei phones, the Ascend P7 is a step forward. The design is reminiscent of other phones but is definitely a cut above the likes of the Galaxy S5 and marks the fanciest phone the company has produced. And that’s important when Huawei is out to establish itself as one of the world’s top premium phone-makers.

However, while it’s a bit cheaper than the latest and greatest from Samsung, Sony and HTC, it’s also not quite as good in some respects. The screen is a cut below the best, there are performance issues, raw power does not impress and the quirky software doesn’t really suit a phone of this grade.

These limitations mean many of you will be better off with one of last year’s high-end phones, such as a Nexus 5, LG G2 or HTC One. One of the best reasons to buy the Ascend P7 is that it is very slim, which does come with minor benefits in a 5-inch phone.

The Huawei Ascend P7 is a bold phone, and the most expensive-looking one the company has made to date. It has a good camera and a fairly good screen, but performance issues and software quirks mean it’s not quite up there with the best.

Next, read our first look of the new LG G3