As you’d expect of a 4G handset, the Huaweu Ascend P1 LTE has a pretty meaty specification. It’s built around a dual core 1.5GHz processor with 1GB of Ram. That’s a similar spec to the One XL but Samsung’s S3 LTE bests both of these handsets by using a quad core processor.

Unfortunately Huawei has skimped on the internal storage, as there’s only 4GB for storing apps and files rather than the 8 or 16GB available on similar phones from other manufacturers. This means that you really will have to invest in a microSD card to beef up the amount of storage space available to you. 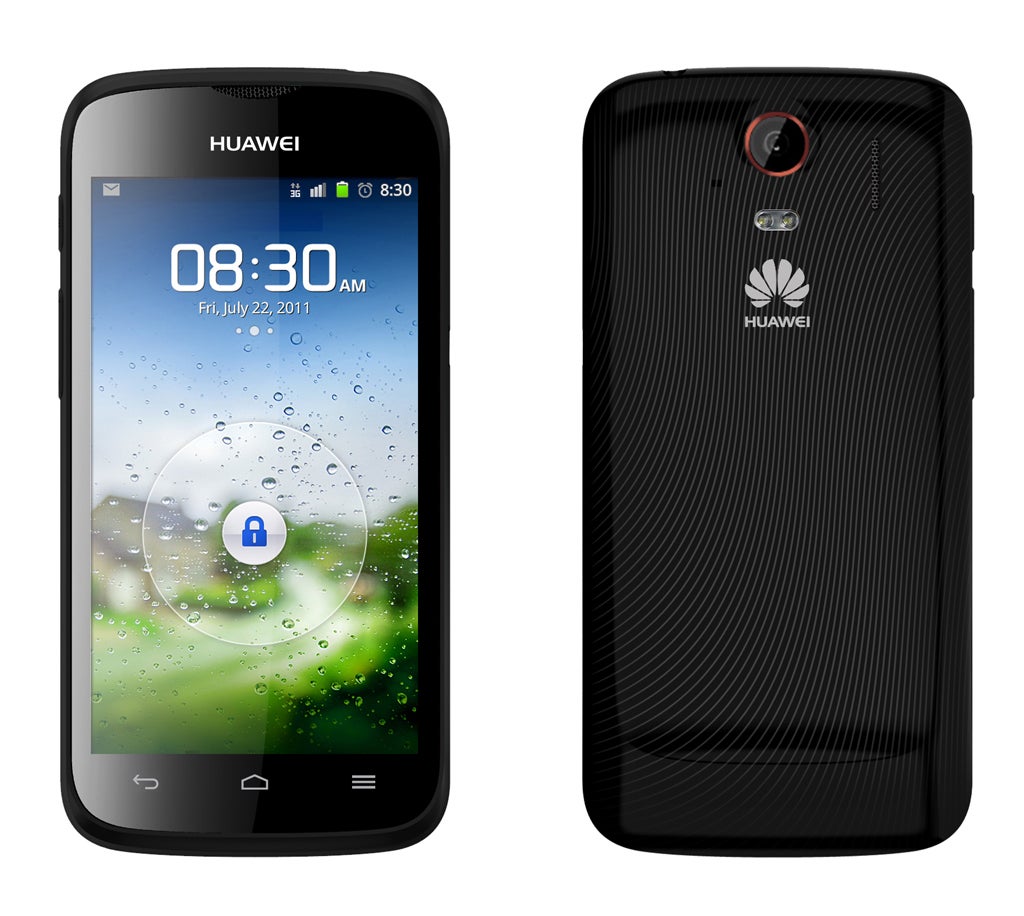 You’ll certainly want to have plenty of games, apps and media files stored on this phone, because the P1 LTE is quite a powerhouse and posted impressive scores in our benchmark tests. It’s quick for browsing as it completed Sunspider in just 1949.9ms (lower is better), cut through Browser Mark V2 to post a result of 1740 and in Linpack it reached 137.351Mflop. It’s fast for gaming too, as it managed to clock up 60fps in GLBenchmark’s Egyptian Standard Test, while in Linpack it reached 137.351Mflops. Those scores may not be quite as fast as the HTC One XL and a bit off Samsung’s S3 LTE, but they’re still very quick compared to a lot of Android handsets on the market at the moment.

Of course, the key appeal of this phone is its support for 4G mobile data.  We tested it out in East London near the Olympic Park on the EE network. According to EE’s website the network should deliver speeds of between 8 and 10Mbps, with bursts of up to 40Mbps. EE seems to be steadily improving its 4G network. With some previous 4G handsets we struggled to get good results. However, the P1 LTE consistently delivered speeds of between 10 and 23Mbps, and sometimes even managed to reach up to 43Mbps. Of course, the network probably isn’t that heavily subscribed at the moment due to the high cost of EE contracts, but it still shows that 4G can quite easily deliver speeds that are way faster than most people’s home broadband connections. 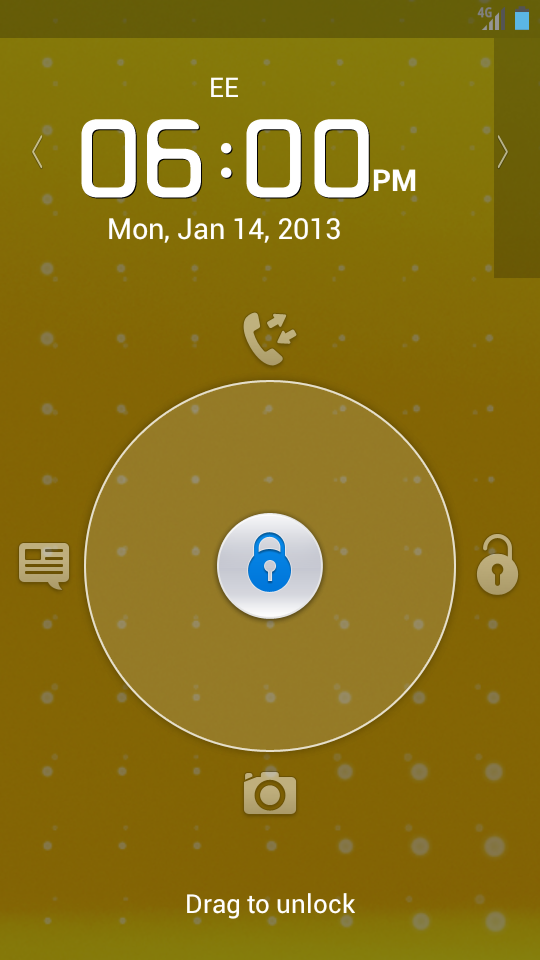 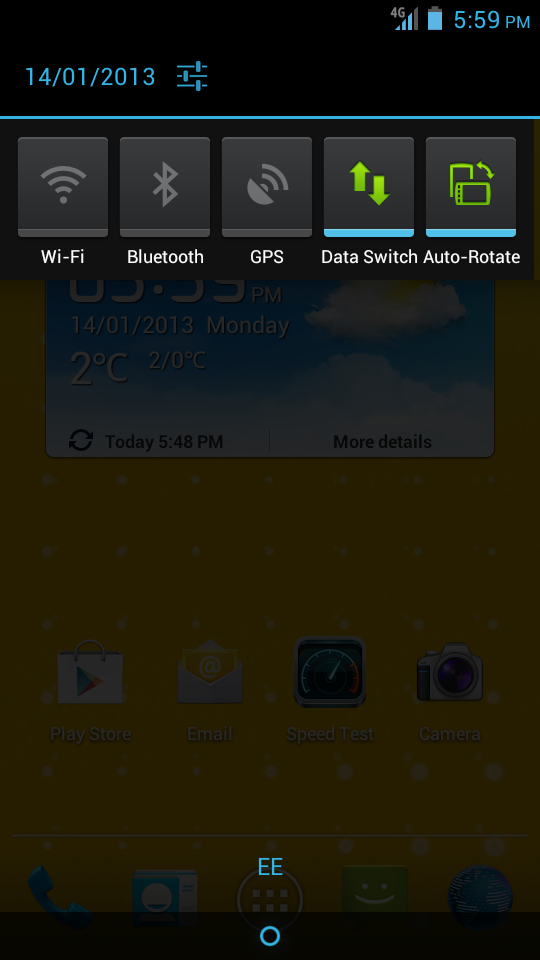 The P1 LTE was actually announced quite a while ago – it was shown off at Mobile World Congress last year – and unfortunately this shows in the fact that the phone runs the 4.0 Ice Cream Sandwich version of Android rather than the latest 4.1 or 4.2 Jelly Bean release. This is quite important as Jelly Bean offers a more responsive and smoother experience than ICS thanks to the work Google has done on speeding up the user interface. As a result wede much rather use a Jelly Bean handset than an ICS one. 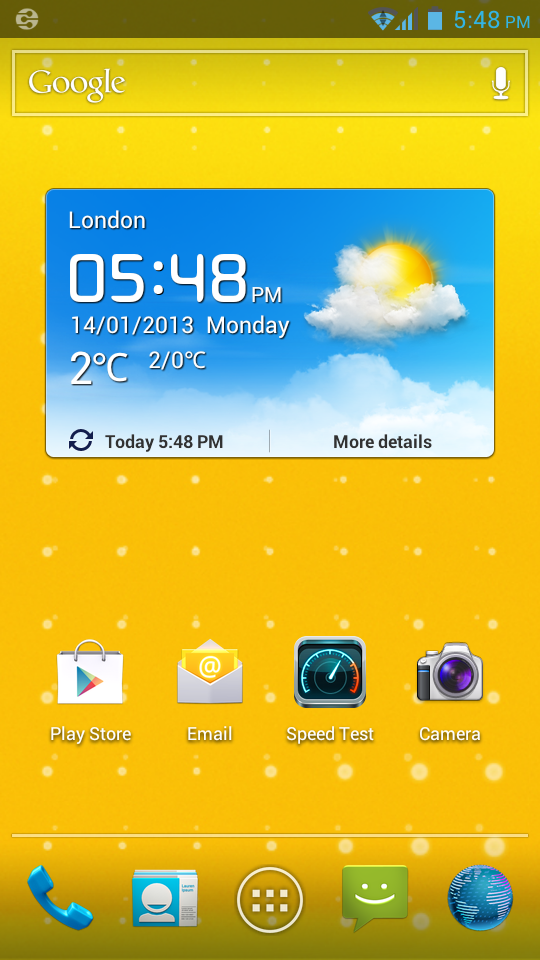 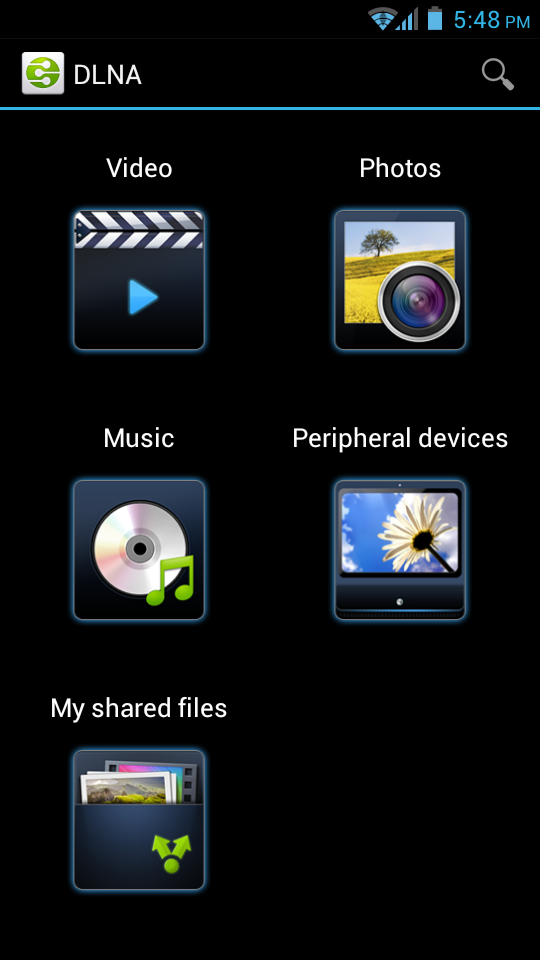 Nevertheless, at least Huawei hasn’t mucked around with the basic ICS interface too much. The lock screen is fairly standard and has a unlock button in the middle that you can drag any one of four ways to quickly access the camera, call log, messaging app or just to unlock the phone to the home screen. By default you’ve got five homescreen onto which you can place app shortcuts and widgets, and if you drag down the notifications tab you’ll find quick access buttons for turning on and off stuff like Wi-Fi, Bluetooth and GPS. 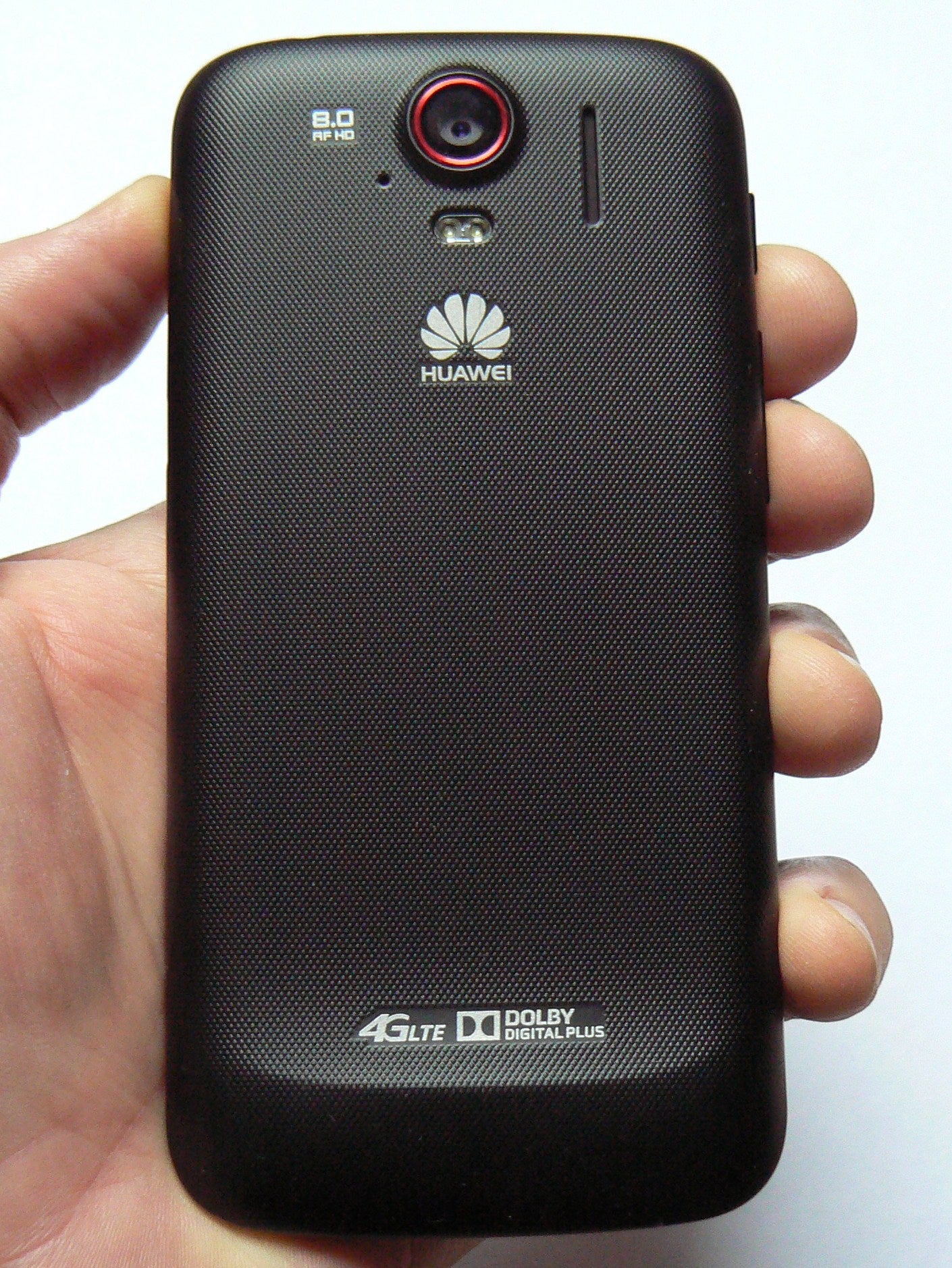 Huawei has also loaded some extra apps including a back-up tool and a DLNA app that lets you share media held on your phone with other DLNA devices, or gain access to the content stored on those devices from your phone. There’s also a handy file manager and the Riptide GP 3D racing game, but on the whole it’s not much different to a stock version of Android, which is no bad thing in our book. 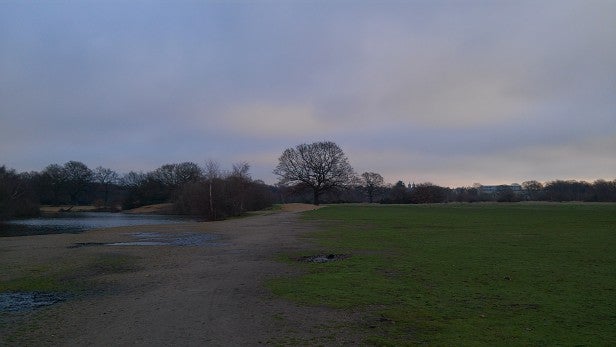 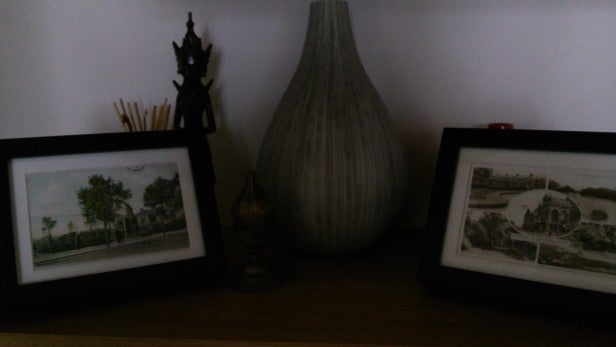 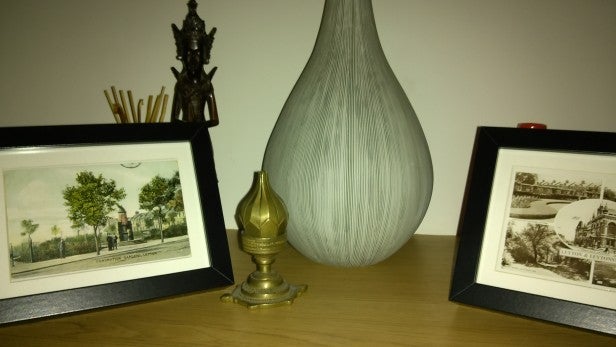 The camera has an 8 megapixel sensor and takes reasonably good shots. However, the lens isn’t the best and as a result images lack that extra bit of evenness and crispness that you get from the Galaxy S3 LTE for instance. Also, the autofocus doesn’t work all that well indoors or in low light and there’s a fair bit of shutter lag. The camera app does have some built-in Instagram style filters, as well as a few novelty effects that you can use to make people look obese or as if they have a huge forehead or massive nose!

When it comes to normal calls, the P1 LTE’s performance is very good. The earpiece delivers loud and clean audio and the mic seems to do a good job too. It also seems to hold on to a signal reasonably well, as we didn’t experience many dropped calls while we were using it. When it comes to batter life, the P1 LTE will struggle to last a day and you may find you have to top it up in the early evening if you make a lot of use of 4G data.

The Ascend P1 LTE is certainly not a bad phone but it is a little ‘last-year’ with its screen, camera and performance not really rivalling the current top dogs. But that’s why it’s cheaper than those phones, and certainly compared to EE’s other 4G offering for the same £36pm as this phone, the HTC One SV, it is definitely the better pick. But, ultimately it’s ‘only’ £10 per month more to get some much more capable phones, so although this is the better cheap 4G option at the moment, it’s still not really one we’d strongly recommend.