The phone runs a customised version of Android 4.1.2 Jelly Bean. And some of the tweaks applied try to make the giant screen a little easier to live with.

Perhaps the most important is the custom Huawei keyboard. A button in the Settings menu lets you enable a keyboard designed for one-handed use, because the screen is simply too wide to navigate across with a single thumb.

The keyboard is shrunk down to occupy about three fifths of the screen in portrait, making every key accessible with the one thumb. It doesn’t look great, but it does work. The dial pad gets the same treatment, and you can switch between either the full-size or shrunken keyboard in Settings at any time. 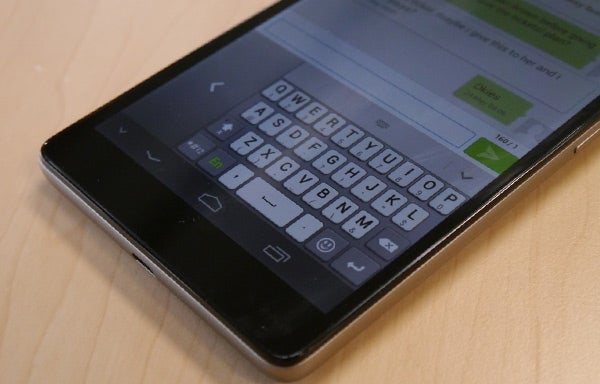 A slightly more dynamic accessibility feature is the suspend button. This is a widgety button that hangs around on a spot at the edge of the screen – you choose where – that, when clicked, brings up shortcuts to the messenger, gallery, note app and calculator.

As well as making some mostly-successful stabs at tweaking the operation of that mammoth screen, the custom Huawei interface also changes how Android operates in a very significant way. It ditches the apps menu entirely. 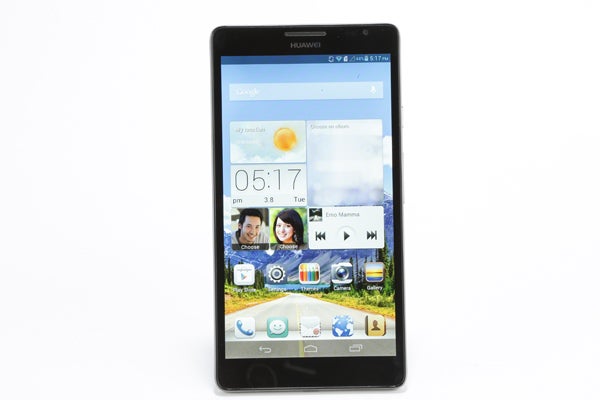 All of your apps, including basics like Settings and the Dialler, are laid out on your home screens. They’re initially dropped into folders, and anyone who has used Android a lot before is likely to find it initially disconcerting.

You can even make the software nav bar hide itself if you really want to confuse yourself and others.

There are a few of these curious choices, whose execution is less-than-perfect, and they ensure that the Huawei interface feels a bit wonky in use.

One of its neat features, though, is how much you can tweak its appearance. The Huawei Ascend mate comes with 20 themes, which alter the lock screen, the background, the clock widget and the app icons. None fundamentally change how Huawei’s take on Android works, but they certainly do look different. 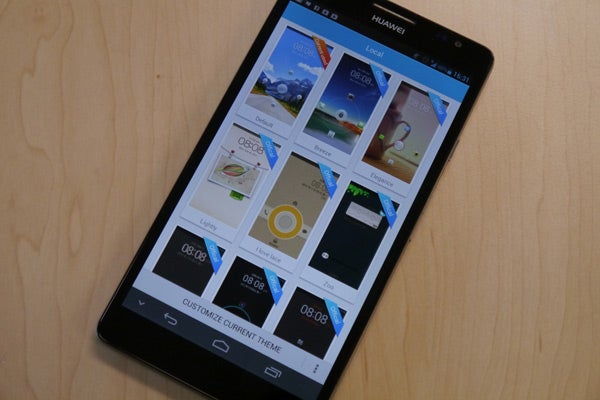 And, like the optional disappearing nav bar and the lack of apps menu, the altering of icons can be massively confusing. Is that the dialler or the messenger app? Or maybe the calendar?

The Huawei Ascend Mate’s UI can certainly do ‘cute’, but it’s also pretty good at ‘confounding’ if you don’t watch your fiddling.

With a quad-core Huawei-designed K3V2 quad-core 1.5GHz CPU processor, the Huawei  Ascend Mate has a pretty powerful chipset. And it matches the top phones of today with 2GB of RAM.

However, we did notice a few real-life issues with the phone’s performance. Some games displayed serious graphical issues that we wouldn’t expect with a better-known phone. Real Racing 3, for example, has serious texture distortion and a worse frame rate than we’d expect from a phone of this grade. 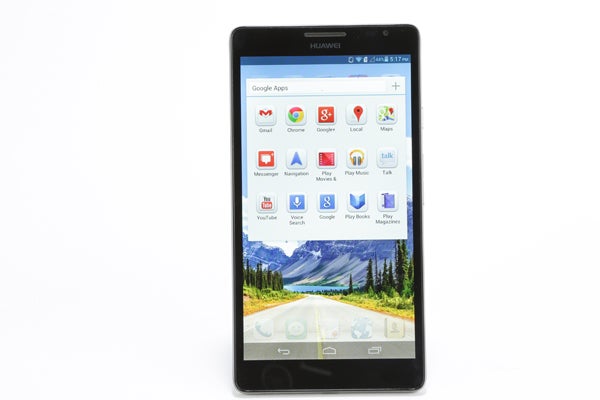 It’s likely that some of these issues will be ironed-out before too long, but show that this probably isn’t the phone to get if gaming is high-priority for you. As an abstracted test of what the Ascend mate is capable of, we put it through a handful of benchmarks.

In the AnTuTu test, it came out with 15,616 points – comparable with the Galaxy Note 2 and its quad-core 1.6GHz Exynos 4412 CPU. Its chipset architecture isn’t as advanced as the Krait and Cortex-A15 CPUs found in the very latest phones, though. Once again, it’s one step behind the top mobile players, but then it does cost a good £150-200 less than they do.

The slightly disappointing performance carries on when browsing the web, which should really be a low-intensity task. Using the stock browser, there was occasional baffling lag when entering text to the address bar, and backing this up the Sunspider javascript benchmark came up with inconsistent results between the ho-hum 2,000ms and a frankly terrible 4,000ms.

There are other annoyances in the way the browser operates, such as the iPhone-apeing insistence of making you insert web addresses only rather than keywords into the address bar – by not letting you insert spaces. This is actually down to the way the Huawei keyboard works, but it’s nevertheless annoying.

The keyboard also takes an all-too-aggressive approach to predictive typing, leading to the creation of unwanted new sentences if you don’t tap its predicted words. Thankfully, the keyboard can be replaced using third-party apps.

Other than the stock browser, Huawei Ascend Mate also comes with the Chrome browser installed, a standard feature of Android 4.1.2. It performs a little better in-use than the standard browser, with less lag. However, its Sunspider results were disappointing too, at around 2,000ms when we’d expect a processor of the Ascend Mate’s grade to score closer to 1,200-1,300ms.