What is the Huawei Ascend Mate 2?

A rival for the Samsung Galaxy Note 3 and the Xperia Z Ultra, the Android-powered phablet is quad-core powered, and comes with 4G. There’s a 13-megapixel main camera and 5-megapixel front-facing camera among the most desirable and innovative new features. 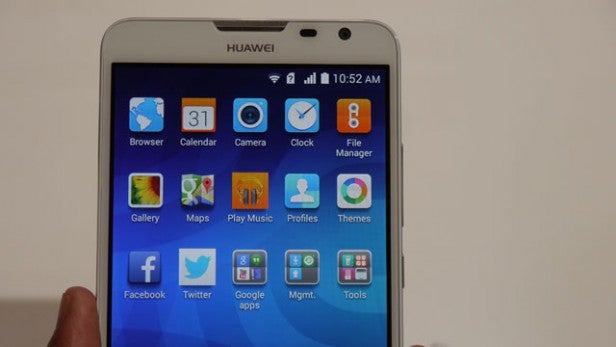 Measuring in at 9.5mm thick, it’s slightly thinner than the first Mate (9.9mm) and weighs 202g so like its predecessor is actually surprisingly light to hold in one hand for such a big phone.

The matte grey plastic has been replaced with a glossy white look and silver band that’s gives it that cheap Samsung Galaxy look we are not particularly the greatest fans of. It does also come in black so you are not just restricted to the ‘Pure White’ version, though.

The back is removable where you’ll find the MicroSIM and MicroSD card slots, although there’s no way to get at the battery.

Huawei has adopted the same quality display squeezing a 241 ppi pixel density into the 6.1-inch screen. While it only manages ‘720p HD’ resolution the quality is still strong. The IPS plus panel means viewing angles are great and colours are excellently reproduced. For a mid-range phablet, the Mate 2 is a more than suitable place to read on and watch movies. 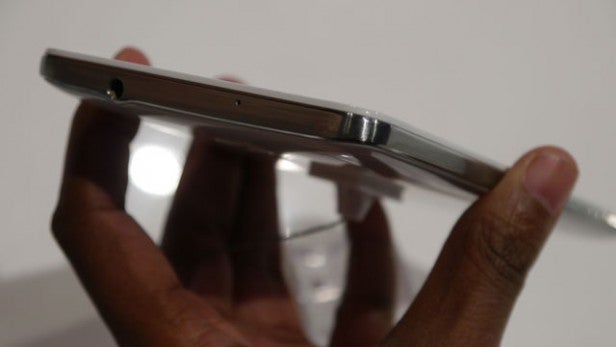 The Mate 2 runs a customized version of Android 4.3 Jelly Bean that Huawei calls Emotion 2.0. The company talked a lot about the idea that Android as a UI can be complicated for some users to get to grips with so its aim with the latest version of the Emotion UI is to make it easier to use.

One way it hopes to achieve this is by adding the new One-Hand UI to make single-handed operation easier. The size of applications shrink down so it’s a less of a stretch with the thumb. Huawei has also added a new Floating Windows multitasking function to access functions like notes, messages and the calculator much quicker.

It’s powered by a 1.6GHz quad-core Snapdragon 400 CPU with 2GB of RAM and an Adreno 306 GPU to take care of gaming. There’s 16GGB of built-in storage backed up the MicroSD card support and there’s Bluetooth 4.0 built-in so it will play nice with devices like fitness trackers. 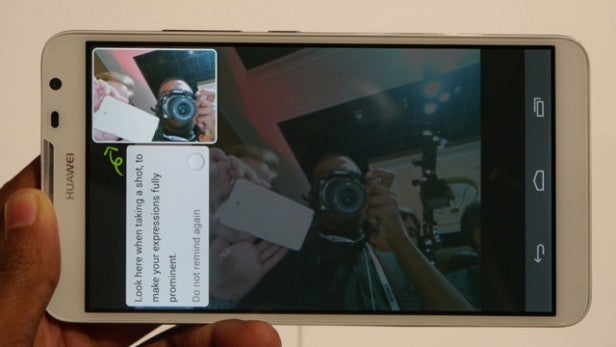 Both cameras sound impressive with the Mate 2 including a 13-megapixel BSI main camera from Sony that’s equipped with a 28mm lens, LED flash, HDR and f/2.0 aperture to shoot better quality low-light pictures.

Up front is a 5-megapixel sensor with a f/2.4 aperture with the ability to shoot vertical panorama shots and a new preview window to make sure you are looking at the camera when you are taking selfies. For video recording you can shoot footage in Full HD 1080p at 30 frames per second.

One of the most talked about features is the mammoth battery that also featured in the original Mate. It has a larger battery capacity than rival big phones like the Note 3 and the Xperia Z Ultra and Huawei claims will give you two full days use and can handle 100 hours of music playback off a single charge. Best of all, you can harness the battery power to charge up other devices using a micro USB cable.

For such a big phone, the Huawei Ascend Mate 2 fits surprisingly well in one hand and with the battery staying power, the ability to use it as an external battery charger and some two decent quality cameras there’s a lot to like. What we are not particularly fans of is the design. The white glossy plastic is not the prettiest and we hoped Huawei would have attempted to create something more unique.

Currently, there are no details on UK pricing, but we anticipate it to fall into the same £350 price bracket as the original making it cheaper than the Samsung Galaxy Note 3. It should make for an affordable alternative to Samsung’s big phone, but we don’t think it will be better.