What is the Huawei Ascend Mate?

Many a loving person would tell a partner who has put on some weight that there’s simply “more to love.” However, everyone has a limit.

The question is – has the mobile phone obsession with screen size gone overboard with the Huawei Ascend Mate? It has a 6.1-inch screen, making it much bigger than giant phones like the Samsung Galaxy S4.

It’s a bold device with a high-quality screen and a huge battery, but we’re not convinced that its screen size has enough merits to outweigh the issues for most people.

If you want a closer look at the Huawei Ascend Mate, check out our video review below.

The Huawei Ascend Mate is a huge phone. It has a 6.1-inch screen, which Huawei claims is the largest a phone can get before becoming too big. But it would say that, wouldn’t it?

To be fair to the Ascend Mate, it is a phone that most will be able to hold one-handed comfortably enough, although stretching a thumb from one end of the screen’s bottom to the other feels like finger aerobics. 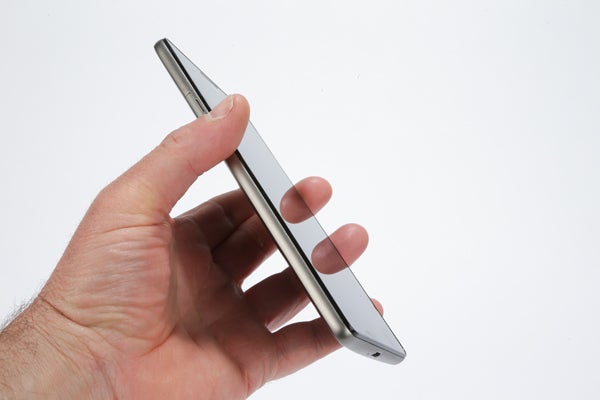 Huawei has made a few small nods to those who do not suffer from gigantism, by placing the volume rocker buttons and the power button a way down the right edge – within reach for most. However, there’s no getting away from how huge the phone is.

It’s 85mm wide and 163mm long. That’s 20 per cent longer in each direction than the Galaxy S4, which is already a large mobile. At 9.9mm it’s not desperately slim, either. It’s a real pocket-filler.

In-use what we found much more worrying than the inconvenience of its size is the inherent danger of treating the Ascend Mate like a normal phone. As it’s such a enormous slab, your grip over it is much less sure than with a smaller mobile, which led to many moments when we almost dropped the thing. 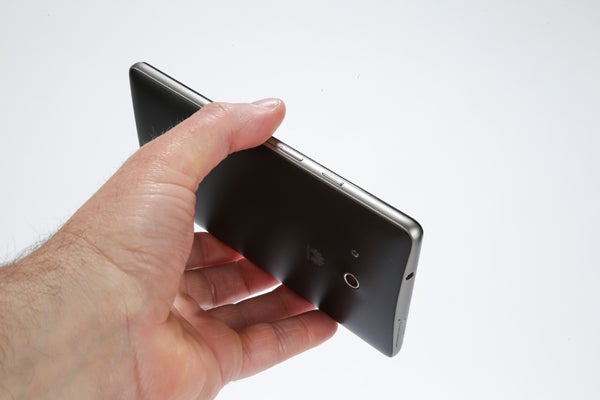 However, the Huawei Ascend Mate is a well-made phone, with no sign of creakiness or worrying gaps around seams. But it’s not made of particularly snazzy materials either. Its non-removable rear plate is slightly-curved, textured plastic, and its sides are slightly ‘champagne’ colour plastic. The rear is has a soft-touch finish, though, which is comfy on the fingers.

There’s no metal on show and the square body shape doesn’t leave the Huawei Ascend Mate with a distinct style. As there are no hardware nav buttons, the front is even more innocuous. It’s just a curiously giant expanse of black, when the screen’s off. 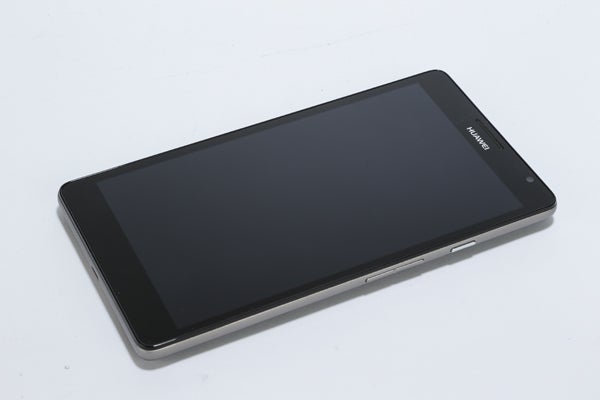 Hardware-wise, the Ascend Mate is defined by its size and little else.

The Huawei Ascend Mate has microSD and microSIM slots, which sit on the phone’s left edge and top under non-showy plastic flaps. They don’t have the immaculate feel of the pop-out trays used by the iPhone and Nokia Lumia phones, and don’t have the waterproofing of the Xperia Z’s flaps either. 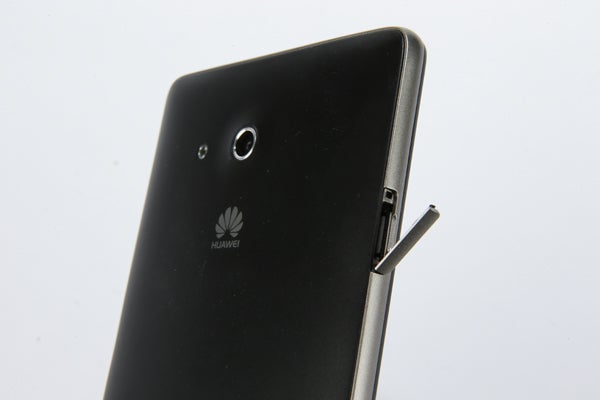 The Huawei Ascend Mate – it’s big, but not particularly clever, design-wise. It’s partly true on the inside too, as the phone cuts out NFC and 4G to offer all those screen inches for under £350.

It also doesn’t have masses of storage, with 8GB in our review model that’s wound down to just under 5GB of accessible storage.

On to the main event, the screen. The Huawei Ascend Mate has a 6.1-inch screen, but surprisingly it’s lower in resolution than many of today’s top smaller phones.

The Samsung Galaxy S4, HTC One and others have 4.7-inch to 5-inch screens that are Full HD resolution, but the Huawei Ascend Mate is ‘only’ 720p. 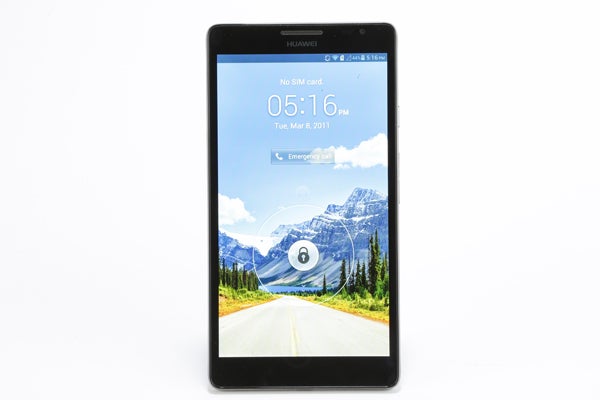 However, unless you look very close and strain your peepers, you wouldn’t know the difference. Display quality is strong too, using an IPS-plus panel whose images pop with excellent colour reproduction, great brightness and nigh-on perfect viewing angles.

There’s a vital immediacy to the Huawei Ascend Mate’s images that silences most complaints about resolution. Text on a high-contrast background is noticeably less smooth than it would be on a higher pixel density screen, though.

The big question is whether the size of the screen has benefits that negate the problems of the sheer girth of the phone. We’re not convinced it does.

It has no digitser layer, so is not compatible with pressure-sensitive styluses, and its size increment over the 5.5-inch Galaxy Note 2 does make it a good deal larger.