One area likely to put a few people off the Huawei Ascend G620S is software. First, it runs Android 4.4.4 rather than Lollipop 5.x, a kinda dated version at this point.

More importantly, it also uses an ageing version of the custom Huawei Emotion UI that actually dictates what the phone looks and feels like more than the core Android software. It has version 2.3 rather than the 3.x version you get in Huawei’s more expensive phones, such as the Ascend G7. 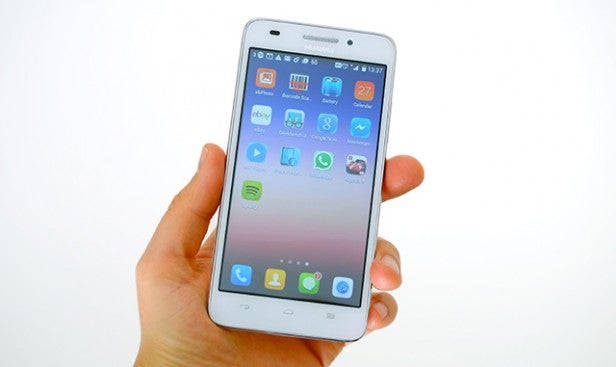 It does seem to be about putting the Huawei Ascend G620S in the cheapo box too, as phones just as powerful like the (Huawei-made) Honor 4X use the newer version (one possible explanation is the amount of RAM available). Parts of Emotion UI 2.3 look a bit dated now, especially the settings menu.

The basic layout is the same as the newer version, mind, and it’s not going to please everyone. Its big change is that it drops the separate apps menu. All you have are homescreens, just like an iPhone. 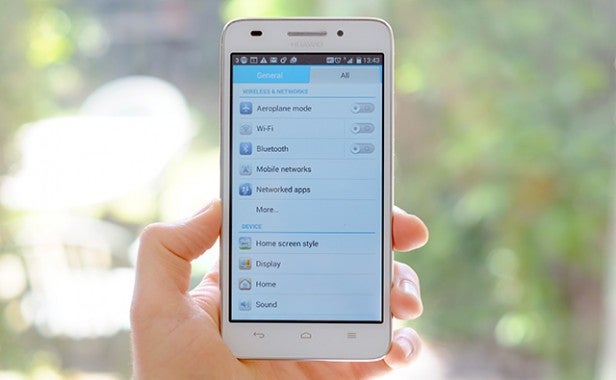 What this means is that whenever you install an app, it just finds a spot on one of your homescreens. And version 2.3 of Emotion UI seems to be particularly spotty about exactly where it puts ‘em. Some searching will be required.

It’s only really an annoyance for that initial period when you’re constantly installing new apps, though. You can put folders on your home screens, minimising how many homescreens you’ll need, and letting you organise the phone that bit more.

However, thanks to using dated software all-round, the Huawei Ascend G620S definitely lags behind something like the Motorola Moto G in this area. Emotion UI does have a few extras you might like, though.

It uses themes that totally reskin the phone including wallpapers and icons. The default theme is actually one of the best, but there are loads of extra ones you can download from the Themes app if you want something a bit more ‘out there’. Again, Emotion UI 3.x themes tend to be a bit better. 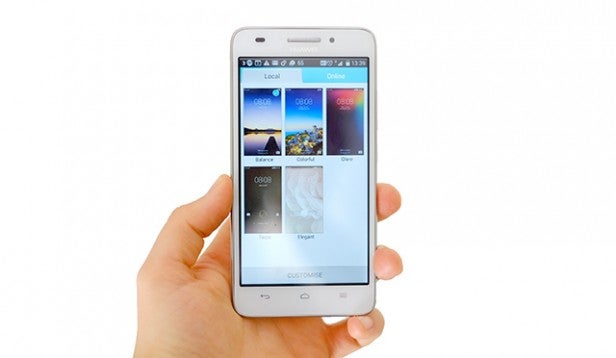 The Huawei Ascend G620S is also a little laden down with extra apps. It’s not Huawei stuff that’s the issue, but all the Gameloft bloat that’s on there. We hope it’s earning Huawei a few quid for preinstalling so many Gamloft titles as it does clutter up the phone’s storage fresh out of the box. There’s only 8GB on there (around 4GB is accessible) so while there is a smidgen of extra space, there’s not an awful lot going spare.

In the past we’ve seen quite a few Emotion UI 2.3-based phones perform quite badly, with general lag making them appear compromised. And a bit rubbish. However, the Huawei Ascend G620S runs really quite well.

It uses the Snapdragon 410 CPU, a 64-bit quad-core 1.2GHz processor, and 1GB RAM. While a low-end spec, it’s still very good for a phone selling at around the £100 mark. We did notice a bug or two, in particular a Calendar-crashing one that seems to be an Emotion UI foible, but using the Huawei Ascend G620S is a largely stress-free experience once you get used to how it rolls. There’s some occasional lag, but it’s very minor. 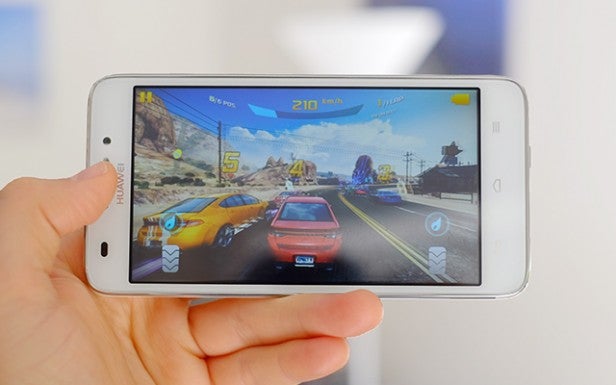 It’s also not a bad gaming machine, just like the arch-rival Moto G. It sails through 3D games with only slight frame rate drops in the most challenging (or under-optimised) titles like Asphalt 8. Even if its software may be a bit less-optimised than the latest vanilla edition of Android, the Huawei Ascend G620S is just as good as pretty much any other £100-odd phone for games.

The Geekbench 3 result supports this too. The Huawei Ascend G620S scores around 1330 points, roughly 10 per cent greater than the Snapdragon 400 Moto G.

It would be nice to have more storage to give you extra room to install games and store music, but it’s unrealistic to expect this at the price.