Huawei has taken a pleasingly simple decision with its latest line of handsets. While the Huawei Ascend D Quad packs in a headline-grabbing quad-core processor, supply and manufacturing issues mean it won’t arrive until October. So, rather than build another handset to fill the gap, it has simply used exactly the same chassis and other hardware, and popped-in a more readily available dual-core chip in it. The result is a phone that’s still powerful, elegant and feature-packed but cheaper and will be available as soon as June.

As with its bigger brother, the Huawei Ascend D1 is a lovely looking and feeling handset. The back is plastic but it’s nicely rounded to fit comfortably in the hand and its soft-touch grey and black stripes look and feel great. The only visible differences between this and the D Quad are the red highlights of the latter. 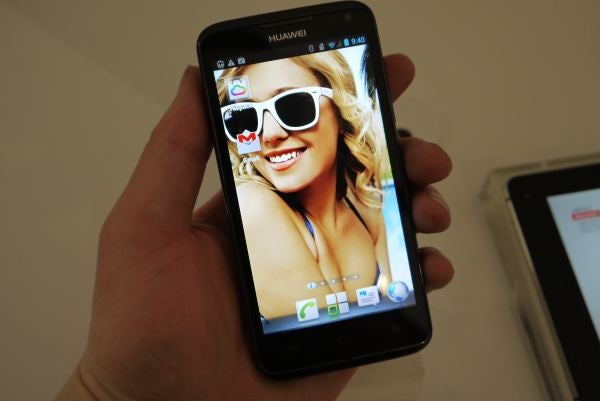 Around the sides you have all the usual features and connections, with no obvious omissions. Headphone and screen lock are up top, microUSB (MHL) on the left and volume on the right. With the microUSB being MHL-compliant, you can connect an HDMI cable to it to hook up to your TV for big-screen video playback and gaming – obviously with this only being a dual-core there’s a little less headroom for the games to look their best and for the highest bit-rate videos to play, but you’ll still get an enjoyable experience.

The front is dominated by its 4.5in screen – yes it’s another whopper – which is a superbly sharp and colourful IPS LCD panel that packs in 720 x 1,280 pixels. Underneath sit the three touch sensitive navigation buttons – yup, the fronts of phones are getting more plain and boring by the day. 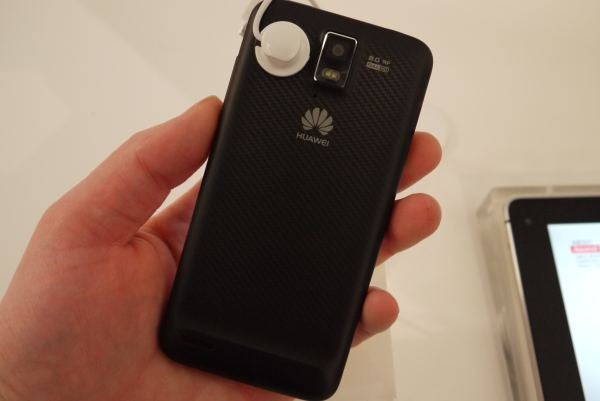 Another feature that benefits from using the same chassis as the D Quad is the camera, which has eight megapixels and 1080p video recording. Shot quality didn’t seem to be anything special but the app is fast and easy to use and is a dual-LED flash. It’s just a shame there’s no shutter button for easier shot taking.

When it comes to the interface, that dual 1.5GHz processor keeps things running nice and smoothly, almost to the point where you may question the need for quad core, but that’s an argument for another day.

The operating system is Android 4.0 Ice Cream Sandwich but despite Huawei representatives insisting the installation was minimally customised, to our eyes there seemed to be quite a few changes to the standard Android experience. Much of it isn’t particularly welcome either. 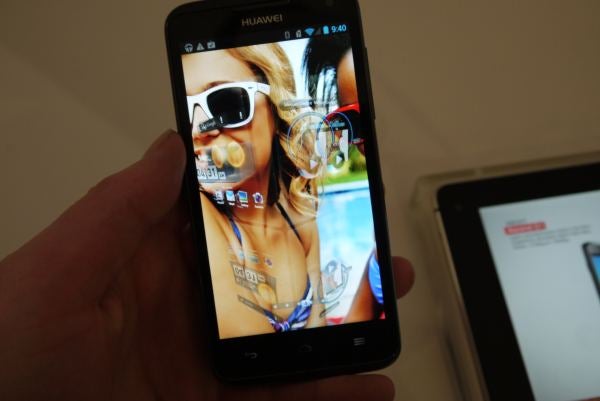 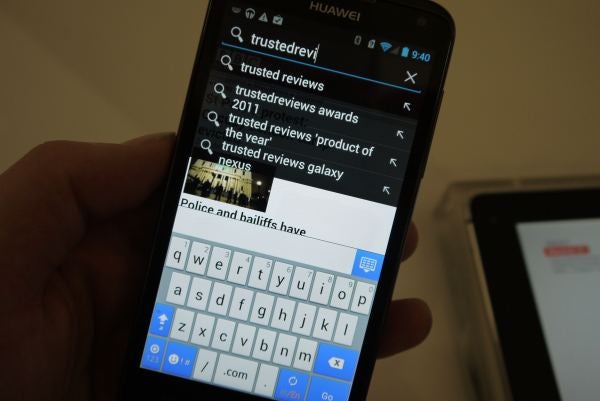 The main homescreen has had its icons changed to unfamiliar ones, while the keyboard has also had a seemingly unnecessary visual tweak (though it’s still great to use because of the large, responsive touchscreen). Most unwelcome, though, is the rotating homescreen animation that kicks in when you swipe quickly across a homescreen.

Like HTC Sense, it zooms out and spins round manically, landing on a seemingly random homescreen once it has slowed down. You may be able to turn it off but boy does it get in the way when first trying the phone.

Overall, though, the Huawei could well be a serious contender in the mid to high end of the phone market, particularly if Huawei representatives’ claims that it’s likely to undercut comparative handsets by some 20% turn out to be true.