Huawei has slowly but surely been encroaching on the big brands’ patch, creating better and better handsets and undercutting their prices. And the arrival of the Huawei Ascend D Quad finally puts the company centre stage.

Largely similar in terms of specs to many of the other quad core handsets debuting here at MWC 2012, the Ascend D Quad packs in a quad-core processor, an 8-megapixel camera and a 720p screen. However, Huawei hasn’t used Nvidia’s Tegra 3 processor like the rest but has instead developed its own chip that apparently outclasses all others when it comes to graphics. Where Tegra 3 has quad-core graphics, the 1.5GHz K3V2 has 16 cores. 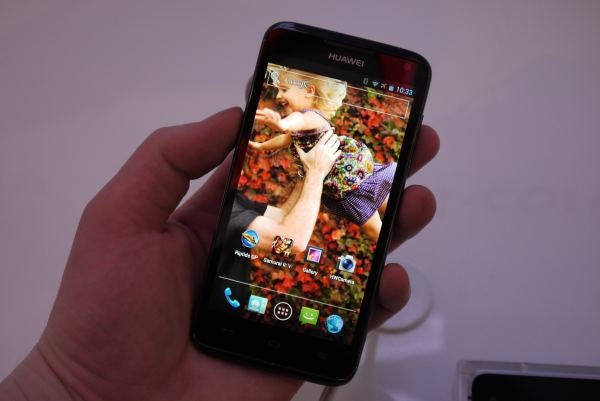 We’re sure it’s not quite so simple as to say the K3V2 is four times faster – we’ll be sure to benchmark it in our full review – but there’s clearly an advantage. It will lack the low power companion core of Tegra 3, though, so it will be interesting to see how battery life holds up. 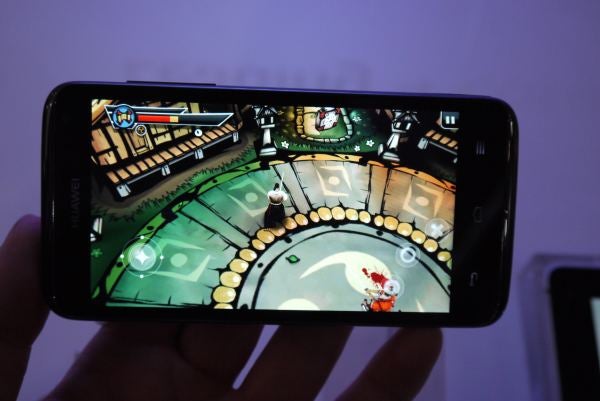 The obvious area that is improved by better graphics is gaming and so we fired up a couple of titles preloaded onto the demo devices. Guerilla Bob and Samurai Vengeance both looked incredible and played amazingly smoothly, though in fairness both those games look pretty good on existing dual-core handsets.

Helping to really bump up the gaming visuals is the HD screen. Made by Hitachi, it’s a 4.5in 720 x 1,280 pixel IPS LCD panel that looks superb. As we said in our hands on of the LG Optimus 4X HD, this is somewhat to be expected on these latest handsets but nonetheless it’s still notable how sharp and colourful they are. 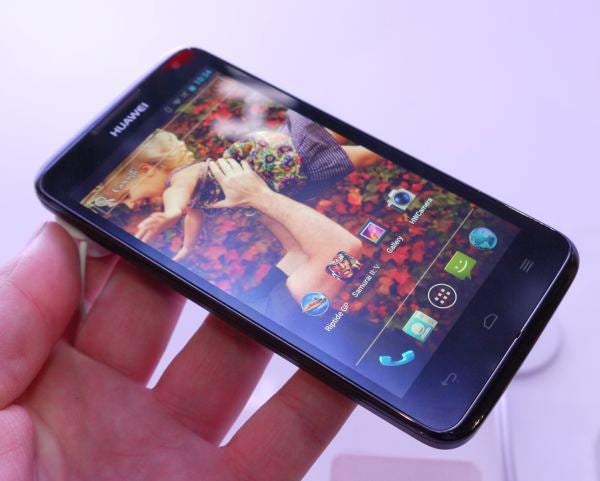 What’s more, it’s not just on a technical front that the D Quad impresses; it’s also a smart looking phone. A simple striped pattern on the nicely rounded back looks and feels great and the whole handset sits surprisingly well in the hand. It is big, and at 129 x 64 x 8.9 mm it can be a stretch to reach all the features and the full extent of the screen, but it’s just about manageable. And, at 130g is as pocketable as any other quad-core handset.

Below the screen are the three easy-to-use backlit navigation buttons that indicate this is an Android 4.0 Ice Cream Sandwich phone. In fact, Huawei told us it has made a point of making this as standard an installation of ICS as possible. So if you like ICS as it is, you know the handset to get… well apart from the Samsung Galxy Nexus of course. 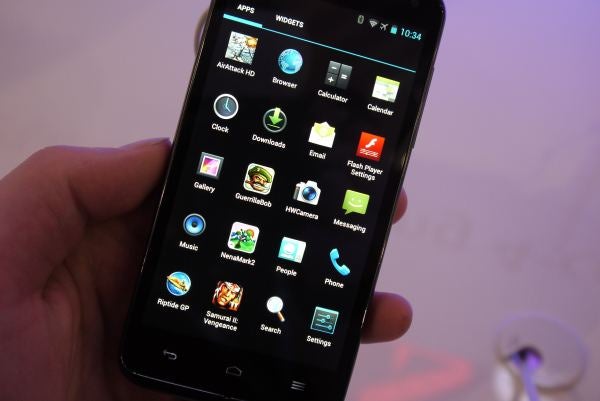 That said, we were left slightly confused when having been told this we were then shown other devices, namely the Huawei Ascend D1, running a quite heavily customised version of Android, and the representative then insisted they were running the same clean installation. We’ll get to the bottom of this as soon as possible.

Regardless, the Ascend D Quad we played with clearly had a standard installation and as such it was really easy to get to grips with, and was of course super-fast. There are no extra Huawei services or widgets to talk of. 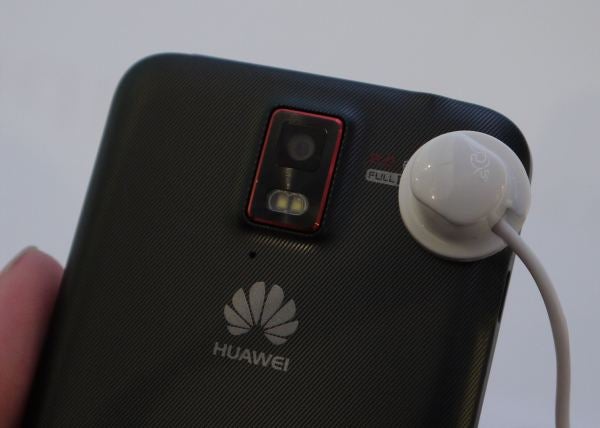 Instead, let’s talk cameras. Huawei made no particularly great claims about the camera on this phone and sure enough it seemed fairly typical for a modern 8-megapixel snapper. It does, however, have a twin-LED flash, which should help out in the dark.

This standard model “only” sports an 1,800mAh battery but an extended Huawei Ascend D Quad XL will sport a larger 2,500mAh battery. Like with the Motorola Droid Razr, it will accommodate this by taking the thickness of the phone up to match the bulge on the back. Unlike the Razr, this is a very small amount of extra girth.

We’re rather impressed with the Huawei Ascend D Quad. It’s smart, has good ergonomics and is clearly very powerful. There are still plenty of questions pertaining to battery life and camera performance left to answer but nonetheless it’s one to keep an eye out for when it arrives in… October. Yes, that could big the biggest problem this phone faces. By then, several quad-core phones are likely to have been released.