Software is an area in which HTC has excelled in recent years. This is because it was one of the first smartphone companies to realise it didn’t need to reinvent the wheel when skinning newer versions of Android. As a result, HTC has made some terrific decisions, such as removing duplicate applications and ensuring it installs only a limited amount of third-party software onto its handsets.

This legacy continues on the U11, which, from what I’ve seen, has one of the best implementations of Android 7.1 Nougat to arrive this year.

Like the HTC 10, the U11 is free of bloatware and doesn’t feature any duplicate apps; there’s only one music player, one email client, one calendar and so on.

This sounds insignificant, but it makes the entire UI feel less cluttered and means you won’t have to go through the laborious process of deleting unwanted clone apps – as you do with certain handsets, such as the Huawei P10. 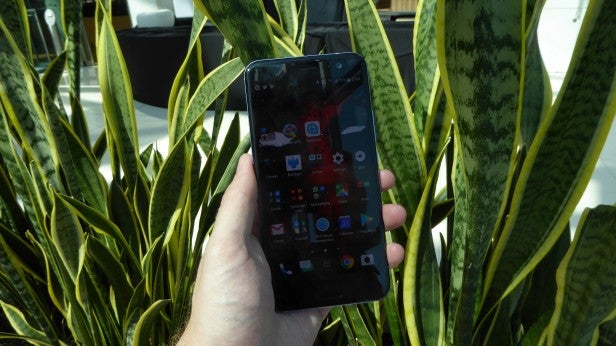 HTC’s also ensured the few additional services it has installed are actually useful. Highlights include the return of BlinkFeed, Edge Sense and Amazon Alexa support.

BlinkFeed works exactly as it has done on past HTC phones, and can be accessed by swiping left from the main homescreen. It offers a curated tile system showing news articles and updates it believes to be of interest. The feed is customisable and remains a great way to run through the day’s headlines on the commute into work.

Edge Sense is a custom feature that lets you interact with your phone by squeezing it. Initially, I wasn’t a big fan. Out of the box, the U11 is set to launch the camera app with one squeeze and take photos with a second. This sounds cool, but in practice doesn’t work all too well: the squeeze action naturally makes the phone shake, resulting in blurry photos.

However, on activating the advanced setting, the feature has since grown on me. This lets you add two different commands: one that’s triggered by a short squeeze and a second that launches with a long squeeze. I instructed the U11 to launch the music app with a short squeeze and skip tracks with a long one. After my first week, I’ve found the function a huge time-saver and regularly use the squeeze functionality when commuting to and from work.

Amazon Echo fans will be pleased that the U11 is set to be the first phone to receive built-in Alexa support later this summer. According to HTC, it will be supported alongside Android’s native Assistant, which will make it easier for people to use their preferred virtual assistant without installing an additional application.

Sense Companion is the only software addition on which I’m not completely sold. This is yet another smart assistant feature that aims to offer recommendations on, for example, nearby restaurants or upcoming events based on the U11 owner’s user habits.

The feature sounds cool, but with Google working to offer similar services with its Assistant, this seems redundant. After a fortnight with the U11 I’m yet to receive a decent suggestion from Sense Companion that Google hadn’t already beaten it to. Having received a pop-up alert telling me I may like the “nearby Ramen restaurant” that I was already sitting in, I’m on the verge of retiring Sense Companion to the graveyard with Samsung’s Bixby.

HTC U11 – Performance and Audio Quality

The HTC U11 is one of the first smartphones to run using Qualcomm’s latest Snapdragon 835 CPU. With a clock speed of 2.45GHz – and paired with 4GB of RAM – the octa-core CPU is one of the fastest I’ve tested.

The U11 has blitzed every task I’ve thrown at it. 3D games open in milliseconds and have blissfully short loading times, and the phone easily deals with multiple-tab web browsing. I also haven’t experienced any stutter or delay when running applications in split-screen mode – a process with which many phones still struggle.

The U11’s synthetic benchmark scores mirrored my real-world experience, but were slightly lower than expected. The U11’s 1904 single- and 6363 multi-core Geekbench 4 scores put it slightly below the Galaxy S8, which scored 2016 and 6530 in the same tests. However, this could change with the final software, which is meant to offer a number of under-the-hood upgrades that will boost performance. 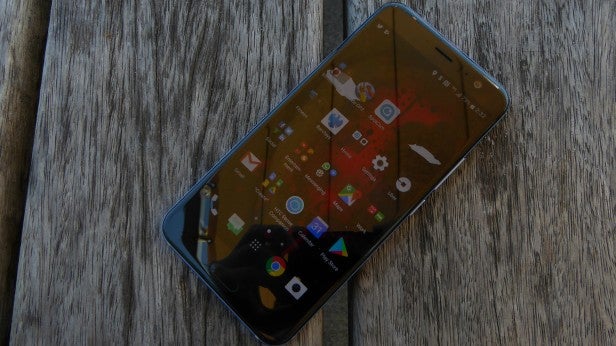 Audio and voice recognition are both areas in which the U11 dominates. Featuring support for 24-bit Hi-Res Audio files, the U11 is one of a select few handsets that will enable audiophiles and Tidal users to take advantage of their collection’s improved sound quality.

I was also impressed with the U11’s bundled USonic headphones, which feature a built-in DAC (digital-to-analogue converter), active noise cancellation and a custom feature that creates an optimised audio profile by scanning your ears.

The headphones don’t offer superior audio quality to more expensive over-ear sets, such as the Sony MDR 1000X or Bose QuietComfort 35, but they’re a clear cut above most phones’ freebies. Outside of a slightly overpowering bass, I didn’t have any serious issues with the sonics.

The ANC won’t drown out the cacophony of public transport or a flight, but it’s solid enough to block out background office noise.

The USB-C-to-3.5mm converter also worked well – when I remembered to pack it. The converter features its own powered amplifier, which further improves the U11’s audio capabilities and offers improved, less noisy audio than that experienced from competing phones I’ve tested.

HTC has also upgraded the U11’s BoomSound speakers, specifically it has radically improved audio volume and quality by adding an acoustic chamber that allows the highs and mids to sound richer, alongside making a host of general improvements to the phone’s speaker design.

Speaker sound quality is better than that of most regular smartphones and more than good and loud enough to watch videos on, but I still wouldn’t want to listen to music on the U11’s speakers. Like all the phones I test, audio quality with music doesn’t come close to matching cheap Bluetooth speakers – such as the UE Wonderboom – and at high volumes displays an unpleasant tinnyness.

The U11’s four omnidirectional microphones are impressive, though, making this one of the best phones I’ve tested for making and taking phone calls. It’s also the best I’ve experienced at picking up vocal commands for Google Assistant.