The U Ultra’s software is one of its greatest strengths. The handset runs using Android Nougat and HTC’s nifty Sense skin.

The inclusion of Nougat is always a welcome sight on any smartphone. The OS is the best version of Android to date and brings a wealth of useful features and under the hood upgrades. The best of these include improved battery-saving ‘Doze’ powers, better multi-process support and an improved UI and notifications system.

However, I’m not usually a fan of Android skins, which have a tendency to add bloatware and delay how quickly handsets can be upgraded to new versions of the OS, like the final version of the newly unveiled Android O developer preview. 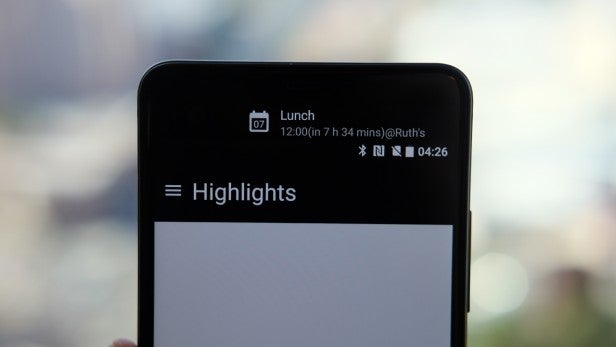 The latter issue still exists with Sense, but my primary pet peeve doesn’t apply here. For the last couple of years HTC sensibly opted not to install any duplicate applications onto its phones. So unlike on competing skinned devices, such as the Huawei P10, LG G6 and Samsung Galaxy S7, you won’t see multiple music, photos, calendar and marketplace apps on the U Ultra.

The services HTC’s added are also for the most part useful. I’ve long been a fan of the company’s Blinkfeed service, for example. The app can be accessed by swiping left from the main home screen and offers a curated tile system showing news articles and updates it thinks are of interest. The feed is customisable and remains a great way to catch up on the morning headlines on the commute into work.

I’m a little less enamoured by the U Ultra’s Sense Companion service. Sense Companion is a feature that aims to offer recommendations on things like nearby restaurants it thinks you’ll like, or upcoming events based on the U Ultra owner’s user habits.

The feature sounds cool, but with Google working to offer similar services with its Assistant, it seems a little redundant. I’d have preferred it if HTC had opted to use Google’s version, which given the latter company’s background in data analytics and machine learning will inevitably be better supported.

HTC’s loaded the U Ultra with a Qualcomm Snapdragon 821 processor and 4GB of RAM, which is pretty par for the course on a flagship smartphone these days. With Qualcomm’s new 835 CPU set to arrive in the very near future on Samsung’s Galaxy S8, the 821’s time in the sun is running out, however.

For now, though, the U Ultra’s CPU and memory configuration is more than good enough and lets the phone speed through everything from web browsing to intensive 3D gaming. 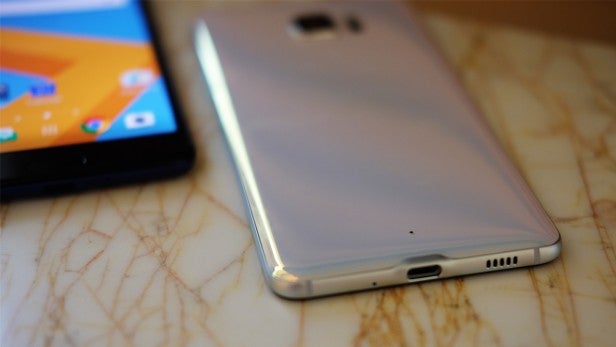 My real-world impressions rang true when I ran the U Ultra through our standard suite of synthetic benchmarks.

On the generalist AnTuTu benchmark the U Ultra scored an impressive 138,168 which is one of the best performances I’ve seen on a current-generation smartphone. Its Geekbench 4 1716 single-core and 4101 multi-core scores are also fairly impressive. The Galaxy S7 scored 122,765 on AnTuTu and ran in with 1187 single-core and 3675 multi-core scores on Geekbench, by comparison.

They do, however, still put the U Ultra behind the projected performance stats of the incoming wave of 835-powered handsets, such as the previously mentioned Samsung Galaxy S8. An 835 Qualcomm reference device we benchmarked earlier this year scored 181,833 on AnTuTu.

The phone’s speakers are also fairly impressive. Though they don’t have the oomph to comfortably listen to music on, they’re more than loud and clear enough for taking calls on speaker phone. The mic is also capable and I never struggled to make or take calls when using the phone out and about on London’s noisy streets.