Experience, it’s a trait that is greatly under-appreciated in modern society. Today the obsession is with youth, vigour and vitality, the latest trends and high fashion. The HTC Touch Pro2 represents none of those things. What it does represent however is experience. It shows that you can take a traditional smartphone form factor, an unfashionable mobile operating system, much frowned upon resistive touchscreen technology combine all your know how with a little TLC and still come up with something hugely impressive. That’s the beauty of experience.


The signs show from the moment you take the Pro2 out the box. Unlike its predecessor, the logically if dubiously named Touch Pro, the new handset drops the gothic blacks in favour of an altogether brighter and more metallic image. The construction is first rate with no rattles or creaks and while looks rather like a bar of soap, it fits in the hand so well you’ll want to hold on tight. 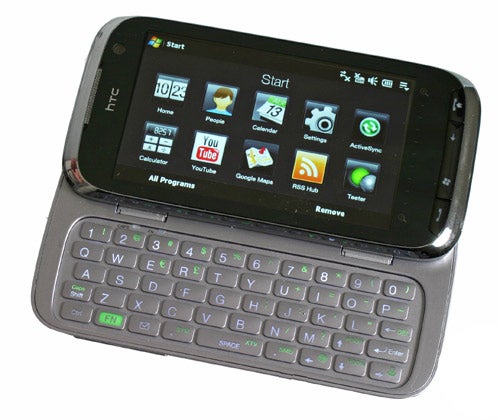 The excellent first impression extends to the keyboard – arguably one of the biggest highlights of the device and the main differentiator from the candybar Touch Diamond series. Now there are many (including myself) who will tell you a touchscreen keyboard done well negates the need for a physical fall back. This can be a difficult argument to convince some and it won’t get any easier considering the brilliance of the keyboard attached to the Pro2. It both slides and tilts to allow for a better typing angle and adopts the isolated key design which has become so popular on laptops and netbooks.


The result is as close to mobile typing perfection as I have encountered. The keys are large, tactile and give just the right amount of feedback. The layout is also spot on with Ctrl positioned outside the Function key and you’ll be typing at speed in no time at all. Perhaps the spacebar could be slightly wider but in short, I’ve had far worse typing experiences from netbooks. This is a joy.


Against this – and surprisingly for a follow-up – the Pro2 is actually bulkier (116 x 59.2 x 17.3mm) than the Pro (102 x 51 x 18.1mm) and significantly heavier as well (187g verses 165g) but its slightly slimmer depth means it just about remains pocket friendly. Besides, if there was ever a handset which justified its extra mass the Pro2 is it. 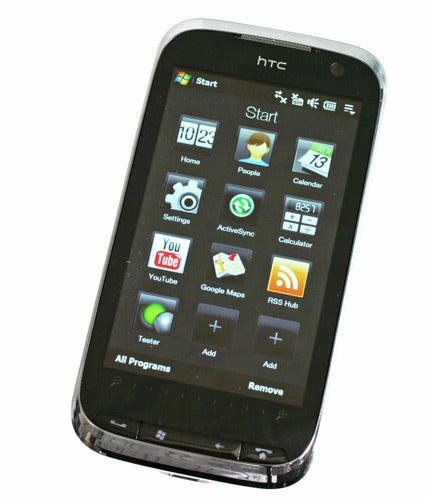 The primary reason is the addition of a stunning new 3.6in 480 x 800 pixel display. It’s bright, vibrant colours and razor sharp text are not done justice in the photos and it must be held in person to be fully appreciated. In fact the old Pro – which has a hugely impressive display in its own right (2.8in 480 x 640 pixels) – can only stand back and admire. Blackberrys, iPhones, Magics all take a back seat with only the Touch HD proving its equal and the OLED based Samsung i8910 its superior. Furthermore, while the aforementioned resistive screen technology raises its ugly head HTC has made it as responsive a resistive panel as I’ve seen to date even if capacitive technology still holds a distinct edge. No capacitive technology also means no multi-touch but the ingenious zoom strip just below the screen means enlarging images, maps and web pages is a snap – or should that be a slide?

The combination of larger screen and strip also mean the navi-wheel from the Pro has been dropped and the answer/end call, Windows and back keys are all greatly cut down but it has no detrimental impact on navigation. Around the sides you’ll find the usual volume keys, screen lock button, stylus and mini USB port which doubles up for charging and connecting earphones. Yes, there’s no 3.5mm jack which instantly deducts a point from the score. Tut, tut HTC.

More difficult to find is the microSD expansion slot which requires the removal of the back cover, something the seamless finish makes more difficult than you’d expect. Admission time: I had to resort to the manual (shock +horror) which reveals the stylus acts like a lock and the back cannot be detached without taking it out first. On the one hand this is rather clever, on the other I can see it leading to the stylus being regularly misplaced. Happily however the microSD slot can be accessed without also removing the battery.


Staying with the internals the Touch Pro2 reads like a who’s who of tech specs with 7.2Mbit HSDPA and HSUPA (2Mbit uploads), WiFi (802.11g), aGPS and Bluetooth 2.1 with A2DP for crystal clear audio streaming. There’s the customary accelerometer too and while the 528MHz CPU and 288MB RAM remain unchanged from the Pro it keeps the Windows Mobile 6.1 core and HTC’s fancy TouchFLO interface moving at a fairly rapid pace.


That said, here is where we come to the inevitable bump in the road: Windows Mobile 6.1. Let’s be clear about this, Windows Mobile is not the best mobile operating system currently on the market. Even the impending Windows Phone (WM 6.5) is more about catching up than leaping ahead. 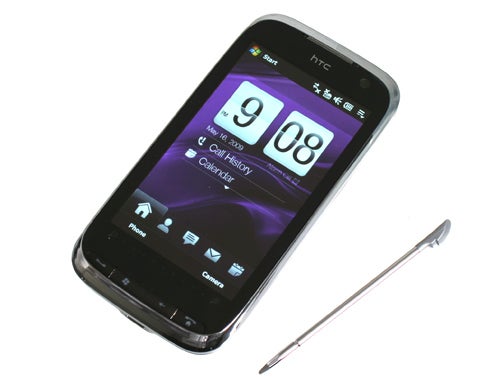 Fundamentals such as a native third party application store remain absent (Marketplace for Mobile will launch before the end of the year) and MyPhone (Microsoft’s equivalent to MobileMe) has only recently opened for public beta testing. In its favour Windows Mobile does remain one of the most flexible platforms around, has major corporate take-up and the TouchFLO skin continues to work miracles.


This time around TouchFLO digs deeper than ever before taking custom skins beyond the home screen and primary applications. Yes, there are still moments when you are unceremoniously dumped into the native WM6.1 UI (never pleasant) but in the main HTC has papered over the cracks where it had to and – in the case of major surgery like the pre-installation of Opera Mobile – applied liberal amounts of filler. The end result is not perfect, but it is easily the best Windows Mobile experience to date.

The same cannot be said of the camera which is the usual unremarkable HTC affair. Like the Pro it remains at 3.2-megapixels and has no flash. A nice touch is that you can tap the screen where you want the lens to focus but in all honesty it doesn’t make a great deal of difference to the resulting picture quality with shots flat, pixellated and fairly lifeless. It is also curious that HTC continues to separate the cameras between the Pro and Diamond lines. If you go with the Diamonds they come equipped with five megapixel shooters though in fairness even photos from that line remain average at best.

As for multimedia, like the camera, it remains something of a neglected affair with an attractive if overly fiddly UI. Despite this, codec support has improved to include MP3, AAC, AAC+, eAAC, WMA and WAV audio while video boasts WMV, ASF, MP4, 3GP, 3G2, M4V and AVI meaning it does make for a decent little PMP if necessary. You’ll need to buy a mini USB to 3.5mm adaptor if you want to use your own buds however as there isn’t one included in the box. Needless to say, the earphones provided are tinny and weak.


Thankfully, the Pro2 does end on a practical note with HTC wisely deciding to fit a high capacity 1500mAh battery. This is a nice jump from the 1340mAh battery supplied with the Pro and significantly larger than the 1100mAh one found inside the Diamond2. 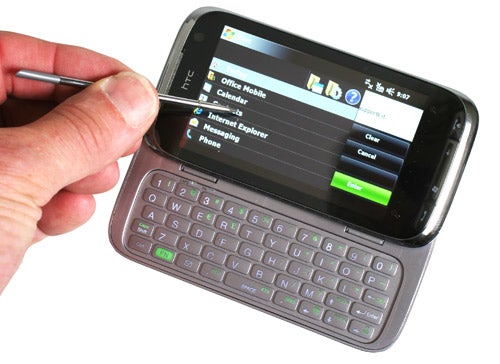 You may think the 3.6in display will swallow much of the benefits but in fact HTC quotes up to 50 per cent better standby time (up to 500 hours) compared to the Pro and an extra 90 minutes of GSM talk time (510 minutes). Putting this to the test is difficult but I’m happy to report under more real world circumstances, the Pro2 will easily last a full day based on reasonable call, email and web usage. Something that can’t always be said about its rivals.


HTC has pulled out all the stops with the Touch Pro2 creating a beautifully styled and extremely well built smartphone that features a fabulous keyboard and impressive specs. It must continue to frustrate HTC that what faults the Pro2 does have are largely due to the limitations of the core OS, but if you maintain a soft spot for the Microsoft platform there is simply no finer Windows Mobile phone on the market right now. 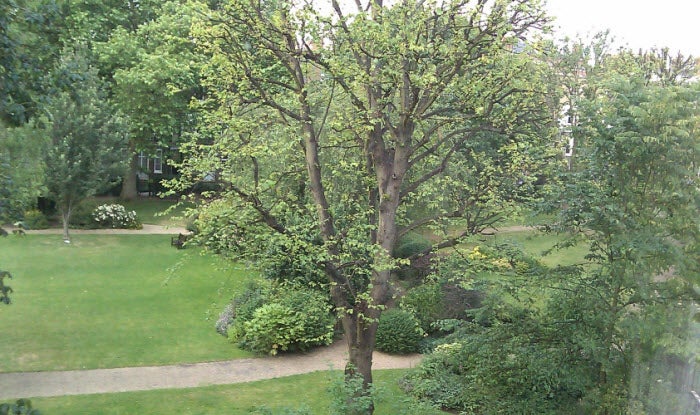 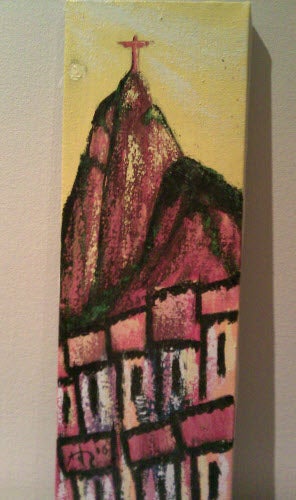 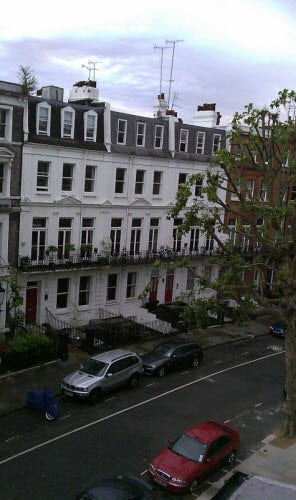