When HTC’s Touch Diamond launched just before the iPhone 3G, it felt rushed and was, frankly, more than a little disappointing. I can’t help feeling that HTC should have played the waiting game. Because although problems with the original Touch’s sluggish performance have now been fixed by a ROM update, it cannot but have tainted the firm’s reputation. The Touch Pro, HTC’s follow up to the excellent TyTN II, however, may well go some way to restoring its former position.


It’s a similar phone to the Diamond in many ways. It has precisely the same dimensions face on – 51 x 102mm (W x H) – and it’s equipped with HTC’s TouchFlo 3D software to shield you against the worst of Windows’ Mobile’s stylus-focused ugliness. It has the same layout of buttons just below the screen, with home and back keys, supplemented by start and end call keys, plus a touch-sensitive five-way directional button. It has Opera Mobile 9.5 for browsing the web, and a beautifully crisp 2.8in 480 x 640 screen to take advantage of it, just as the Diamond has.


Look inside and you’ll find more similarities: both phones share the same processor – a Qualcomm 528MHz unit, both phones have HSDPA of up to 7.2Mbps, GPRS, EDGE, quad-band GSM, GPS, Bluetooth 2.0 with EDR, an FM radio tuner, 3.2-megapixel camera (plus a VGA video phone camera) and WiFi. It has an accelerometer that flips the screen around automatically from landscape to portrait, too, though this doesn’t work in all applications. 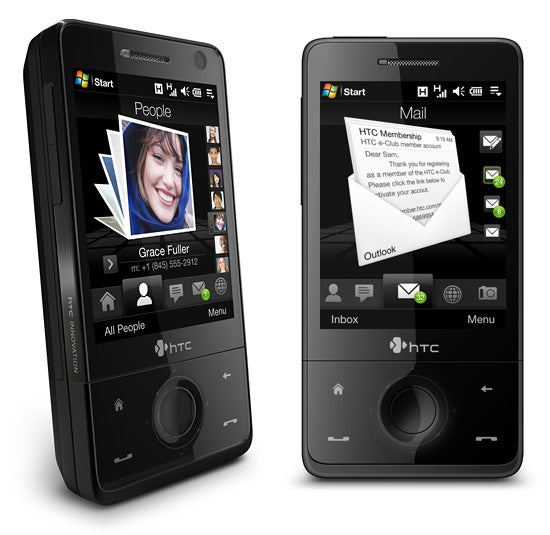 And again, as with the Diamond, underneath the fancy pants graphics of TouchFlo 3D, the Touch Pro runs on Windows Mobile 6.1 Professional. It includes Office Mobile, a PDF viewer and a number of other useful apps, including an RSS feed reader, an MP3 editor, a ZIP utility and business card recognition software. It has the same YouTube viewer built-in so you can search for and watch video clips from the handset. Videos play back surprisingly smoothly, too.


All this works just as well as it did in the Diamond. The GPS picks up satellites quickly and is accurate. Browsing the web on it is a joy. Call quality is good, though the speakerphone does sound a touch thin and reedy.

So what makes the Touch Pro so much better than the Diamond? The answer is simple – its keyboard. This slides out from underneath the screen with a silky smooth action, to reveal one of the best keyboards I’ve used on a smartphone ever. It has a full five rows of keys, including a dedicated row for numbers (no fiddly function key button combinations here). It has a CTRL key, its own TAB key, plus separate buttons for CAPS, comma and full stop. It’s not only well-laid out, it’s also responsive – much more so than the keyboard on the HTC TyTN II – and the keys are large enough and separated from each other by just enough space that you’ll be up to speed on it in minutes.


A nice touch here is that when you pop the keyboard out, TouchFlo 3D presents a special, landscape launcher screen with a simple array of shortcuts on it to Email, Messages, Bookmarks, Web Search, Calendar, Tasks, Notes and Contacts. It doesn’t simply try to shoehorn the TouchFlo 3D home page in.


Of course you do also get TouchFlo 3D’s touchscreen keyboards as well – a full-sized QWERTY effort, number pad and “compact keyboard” which consists of a QWERTY layout where letters are arranged two per “key”, and these work well. But once you’ve used the keyboard, you’ll wonder why people put up with entering text on a touchscreen, no matter how good that touchscreen may be. 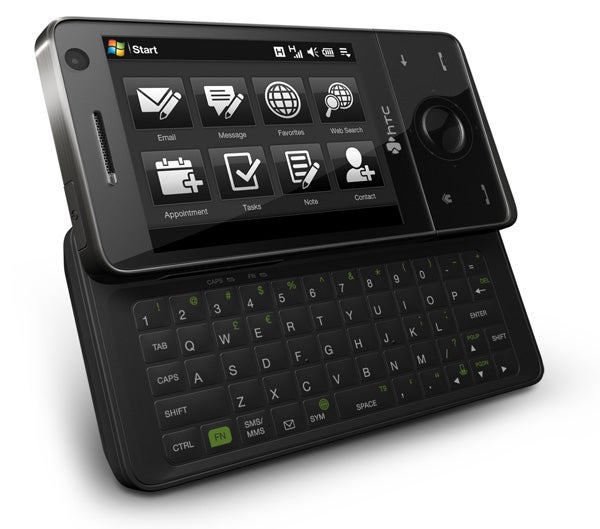 There are other differences between the Touch Pro and the Diamond apart from the keyboard, of course. The backplate, still adorned with diamond-like facets, is covered with soft touch plastic instead of gloss black, for instance. This makes the phone feel much nicer hold, and you don’t have to keep polishing the fingerprints off it. The sliding keyboard does add to the thickness of the Touch Pro – it’s 18mm thick, which is about the same as the TyTN II. It’s clearly not as pocketable as the Touch Diamond, but this is ameliorated by more rounded corners, and it really doesn’t feel that big once you’ve stowed it in a pocket.


The Pro feels much more responsive out of the box than the original Touch Diamond did. You can use it without wanting to throw it across the room every five minutes, and without having to take the life of your phone in your hands by upgrading the ROM. TouchFlo 3D with its attractive animations and touch controls is much more usable as a result, and whizzing through the various screens (email, text messages, settings and so on) using the icon track at the bottom of the screen is extremely effective. But it is worth pointing out that you’ll still have to get the stylus out regularly – the alarm clock settings (bizarrely) still require the tapping of tiny check-boxes, as do most other settings screens – and there’s still the odd pause here and there.


Neither does this phone have the 4GB internal storage of the Diamond. There’s 288MB of RAM and 512MB of ROM for storage, which is a bit on the mean side considering how expensive it is, but it does at least have a microSD slot (the Diamond has no means of adding to its storage) so you can add as much as you like.

The camera, at 3.2-megapixels, is the same resolution as the one on the Touch Diamond, but is accompanied this time around with an LED ‘flash’ to help out in dim conditions. And it seems to produce better snapshots too. It doesn’t have the super-high resolution 5-megapixel resolution that the Samsung Omnia i900 does, or the image stabilisation though. As with the Touch Diamond, the touch-sensitive button below the screen can be employed to help you focus the camera – touch the button to focus on your subject, and then click it to take a shot. It’s a system that works well most of the time, but occasionally I found the touch focus stopped working, which was frustrating.


The Touch Pro also has video output via its ExtUSB socket. The composite TV and stereo audio output cable, however, is an optional extra – it’s not included in the box. Also not included in the box is a headphone adapter. Annoyingly the Pro (like the Diamond) has no 3.5mm audio jack, which means you have to buy an adapter separately or go with the headset provided in the box, but these are not the pinnacle of audio quality. 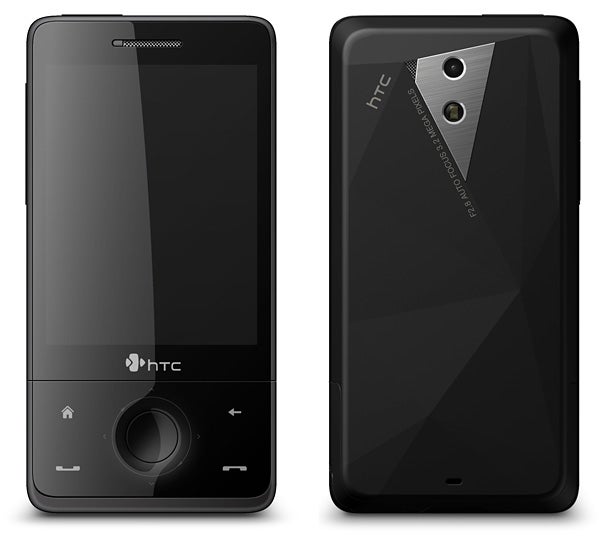 Finally, the battery is bigger here. The Touch Pro comes with a 1,340mAh lithium ion unit – bigger than the 900mAh one in the Diamond – but disappointingly, this doesn’t offer a huge upgrade in the amount of time you can run this phone for. In normal use – a few phone calls, text messages, emails and a moderate amount of web browsing – and with push email enabled, I found I still had to charge the phone at least every other day to avoid running out of juice at inopportune moments.


You can extend that life by switching various features off of course – disabling push email and HSDPA data, for instance, will make this a little more acceptable, but I can’t for the life of me think why HTC isn’t specifying lithium-ion polymer batteries as standard these days when they offer a superior life-cycle degradation rate to lithium-ion. It’s not as if there isn’t enough space here for a bigger battery.


Though they are similar in so many ways, I feel that the HTC Touch Pro is a much more accomplished phone than the Touch Diamond. It may be thicker and heavier but it provides a much more valid alternative to the iPhone, and that is simply due to its brilliant keyboard.


Battery life is disappointing, true, and it’s also expensive – £500 (SIM free) is an awful lot of money whichever way you look at it, and means that you’re unlikely to get it on a reasonably-priced contract (£30 or cheaper) for less than £200. But if you can stomach the high price and must have a phone with a keyboard, the HTC Touch Pro is very hard to beat. 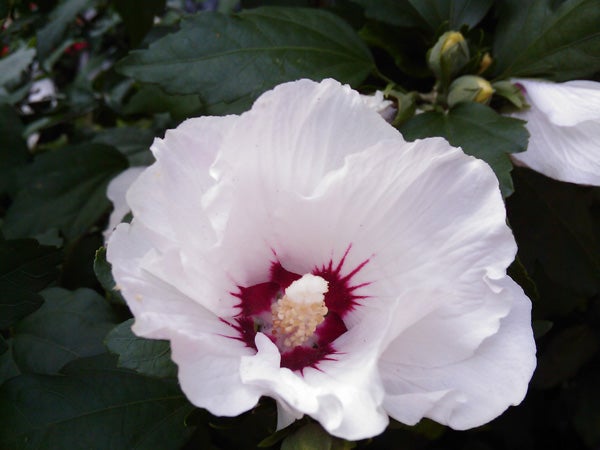 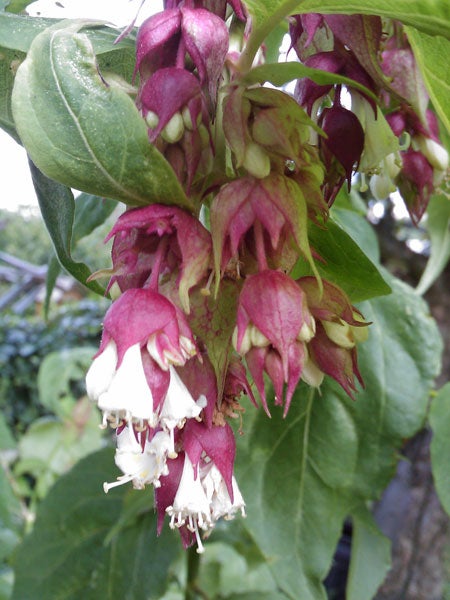 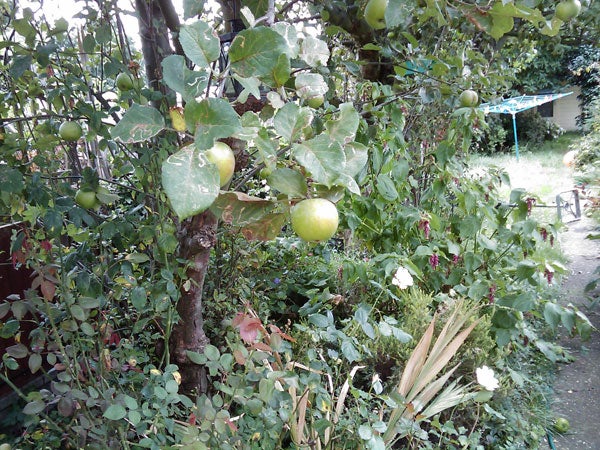