Thanks to its slide-out QWERTY keyboard HTC’s S710 was something of a revelation when it first appeared and even managed to bag an Editor’s Choice award in its SPV E650 guise. Since then plenty of other manufacturers have tried their hands at the format, but the results have been mixed with even HTC’s own S730 follow up being a bit of a disappointment. Now the company is back for another try with the new S740. Naturally the slide-out keypad is still there, but the rest of the design owes much to HTC’s recent Touch Diamond, rather than its spiritual predecessors the S730 and S710.


The phone certainly looks very stylish with the hard edges and flat keypad giving it a suitably upmarket feel, but it’s the angular stealth-like rear that really provides the design with its unique signature. Unfortunately, it also creates a slight problem with the phone’s ergonomics, but more on that later. 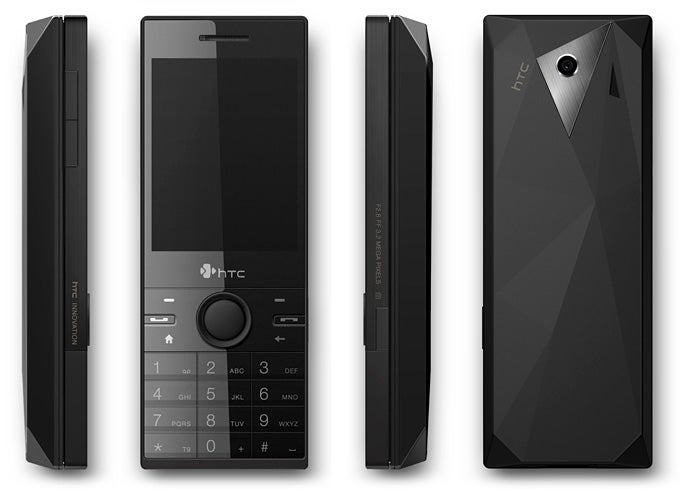 The front of the handset is split pretty evenly between the bright and crisp screen at the top and that flat numerical keypad beneath. The 2.4inch screen is not of the touch variety, but it’s reasonably large considering the smallish form factor and with a resolution of 320 x 240 pixels looks pretty sharp and renders text and pictures beautifully.


The S740’s slide-out keyboard naturally does add somewhat to the phone’s girth. The handset is not exactly massive, but it’s definitely larger than most of the candy bar phones around at the moment and feels quite heavy and chunky in your hand. Sliding the keyboard out from under the main body of the phone switches the handset’s screen into landscape model. This is where the uneven rear surface of the phone works against it. Try laying it flat on a table to type on with more than your thumbs and it starts jumping around wildly as it rocks back and forth on the various angels of the battery cover. This means that you can basically only really type on the keyboard with your thumbs while holding it in your hands. 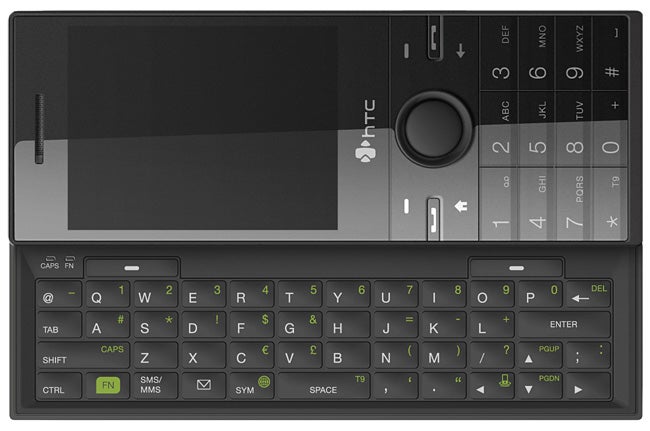 Despite this, the keyboard is one of the phone’s best features. It’s backlit and includes Caps Lock and Function lights just like a standard PC keyboard. And while the keys are not exactly huge, they’re reasonably easy to type on with your thumbs. However, we did find that the space bar was a little bit too short and as a result was a bit difficult to hit when typing at speed.


However, once you get used to it the keyboard is very handy not just for tapping out emails or text messages, but also for making quick edits to Word, Excel or Powerpoint files using the Pocket Office suite or taking short notes with the One Note application.

The S740 isn’t a touchscreen device so it doesn’t use the company’s TouchFlo 3D interface. Instead you get HTC’s customised ‘Sliding Panels’ home screen. With this you click up and down through a series of panels to access commonly used applications and settings. When you stop at a specific panel you can also usually scroll left or right to access different content within that panel. For example, if you scroll down to Internet Explorer, you can then scroll sideways to select different bookmarks to open. Sliding Panels looks great and is reasonably quick to use, but it isn’t a total replacement for the standard interface in Windows Mobile 6.1. As a result there are still lots of occasions when you need to exit from it and go back to the standard WM menu system.


The phone’s processing muscle is provided by a Qualcomm MSM7225 processor running at 528MHz and this is twinned with 256MB of ROM and 256MB of RAM. You can add extra storage space using microSD cards, although the card slot is slightly awkwardly placed under a flip that’s only accessible when the keyboard is pushed out from the main body of the phone.

The fast processor makes the handset generally feel quite quick for day-to-day stuff like adding contacts, updating your calendar or browsing the web. However, there are times when things aren’t so speedy. For example, when you open or close the keyboard there’s a delay before the screen re-orientates itself. It’s a short delay, but nevertheless it is a tad annoying. Similarly sometimes when you’re in the main menu the phone takes a while to respond to a switch between menu items. It’s certainly not all the time, but it happens often enough to be noticeable. Let’s face it, a handset with a speedy 528MHz processor just shouldn’t suffer from these types of issues.


Despite support for HSDPA, the S740 only has a single camera mounted on the rear, so it can’t be used for video-calling (who cares!). The camera has a 3.2-megapixel resolution, but it lacks both a flash and autofocus. Shots aren’t too bad, but colours tend to look a little bit washed out.

As well as having Wi-Fi, Bluetooth and an FM tuner with RDS onboard, the phone also features built-in GPS. You can use the QuickGPS application to download satellite data to speed up the phone’s lock on time. After updating the satellite data and downloading Googlemaps (there’s no navigation software bundled with the phone sadly) we found that it was very quick to lock on to your location and pretty good at holding on to a fix, even in quite tricky areas. 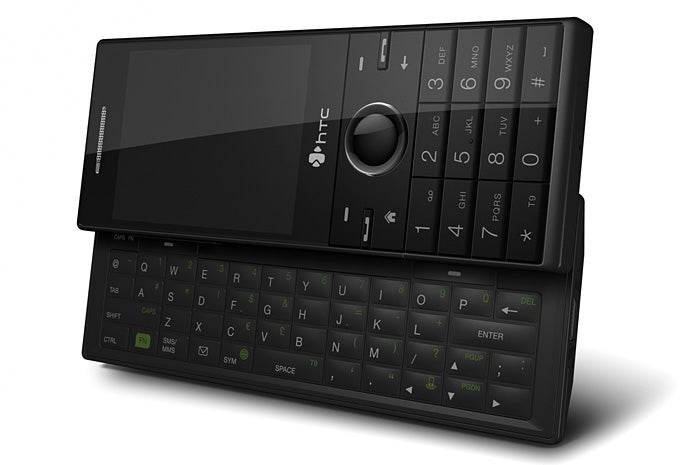 A smartphone doesn’t just need to have lots of features, however, it also needs to get the basics right like call quality and battery life. Voice quality on the S740 is certainly good, but it’s not outstanding. It sounds a little bit more tinny than your typical Nokia and Sony Ericsson phone, but on the plus side the speakerphone is loud enough to be useful – something which certainly isn’t always the case with smartphones. Battery life from the 1,000 mAh power pack, on the other hand, was pretty impressive by smartphone standards. We got around two and a half days out of it for a mixture of phone calls, web surfing via Wi-Fi, music listening and emailing.


Despite it’s foibles we still quite liked the S740. It’s definitely not a phone that’s going to appeal to everyone, but we think that if you’re a heavy user of email and not too keen on Blackberry’s range of phones, then it might be a good option. Especially as it offers such a comprehensive range of features.