Everyone may be waiting to see what exactly Nokia does with Windows Phone 7.5, as the company is expected to announce its first Microsoft powered handset at Nokia World in London this week. However, HTC has been quietly getting on with things on the Windows Phone front and we’ve already seen its humongous Titan handset. If that phone is a bit too big and bulky for your tastes, then you might find the Radar a better fit. It’s essentially a mid-range smartphone, that supersedes the Trophy and Mozart and as a result fits in somewhere between the two.

The Radar turns out to be a very neat package, offering most of the features you could want from a mid priced smartphone. It’s got a good screen, 5.0 megapixel camera, decent battery life and the Window Phone 7.5 UI turns out to be a pleasure to use.

HTC is offering the phone in two colour schemes: white and silver or black and gun metal grey. We had the black and grey version, but we’ve seen the white version in the flesh and think it looks a bit more funky. Either way, neither handset is a real stand out in the looks department, but they’re both attractive enough, feel very robust, and their curvy designs makes them comfortable to hold. 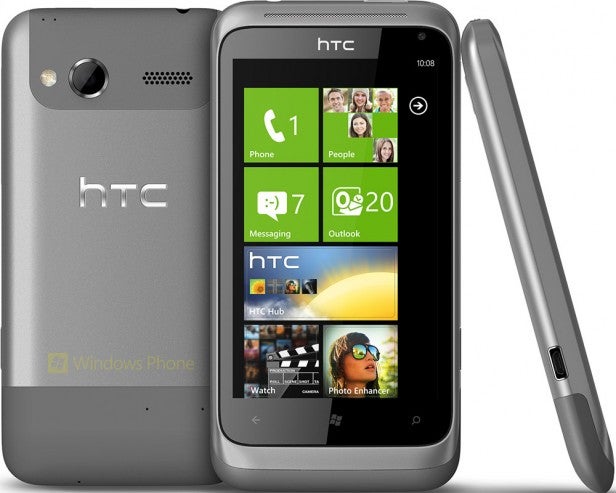 Along with the three usual Windows Phone touch buttons at the bottom of the display, the Radar makes do with just three other controls – a combined power button/lock switch at the top along with a volume rocker switch and dedicated camera button, which are both found on the right-hand edge. Thankfully, the phone also has a normal 3.5mm headphone jack as well as a microUSB port that’s used for both charging and syncing – although the phone can also be synced over Wi-Fi if you prefer.

The comfort factor of the Radar is much better than the Titan, mainly because it’s narrower due to its more normal 3.8inch sized screen. The display doesn’t have the extreme sharpness of the iPhone 4’s screen, as it instead tops out at 480 x 800 pixels, but bear in mind that this a mid-range rather than a high-end device. And besides, the screen is actually one of the phone strengths as its black levels are deep and colours are bold and strong. It’s bright too, and very responsive to the touch, so quick flicks across the screen or pinch to zoom gestures are instantly responded to. 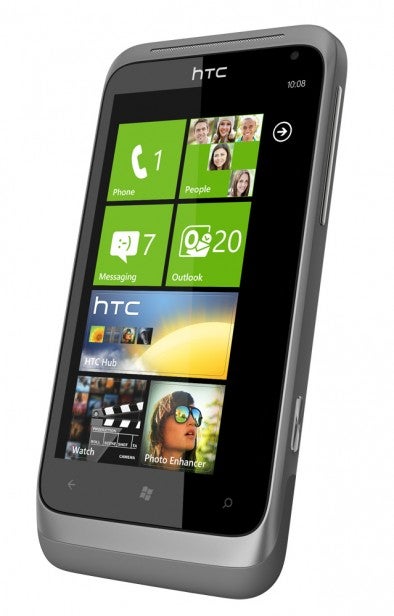 It’s easy to look at the Radar’s specs and feel that it’s outdated before it has even hit the market. After all, it relies on a 1Ghz processor and has just 512MB of Ram. However, this would be a mistake because the phone actually feels very quick and responsive to use. In fact it feels as fast as many of the supposedly higher-end Android devices we’ve laid our hands on recently. A large part of this seems to be down to the OS, as Windows Phone 7.5 seems to be quite happy running on less demanding hardware. That’s a sentence that we though we’d never write about a Microsoft operating system.

Really, Windows Phone 7.5 does shift along nicely on this phone. Microsoft has written the UI to take advantage of graphics hardware acceleration, so the 3D flip effect used on the menus, as well as vertical and horizontal scrolling is always beautifully smooth and slick.

The Mango update has also finally brought multitasking to the party. Press and hold the back button and a deck-of-cards type view of currently loaded apps pops up for you to select between. Not all apps actually run in the background — many are just suspended, especially those that haven’t had a proper Mango update yet. However, the resuming is quite quick and apps that have been updated, such as the eBay app, are now able to do notifications — say for when you’ve been outbid on an item.

The updated IE browser is also significantly faster at rendering pages and there is now support for conversation treading in emails. The excellent People Hub – where all your contacts and social networking feeds are grouped together – has also been improved and now includes LinkedIn and Twitter support. And that’s really a large part of the charm of Windows Phone 7.5. Many of the things you want to do with your phone are just built into the OS, especially on the social networking side, so you don’t have to rely on loads of third party apps.

The Windows Phone Marketplace has also had a make over and now has a much improved search feature. The range of apps is improving too, with the likes of Tripit having recently been ported to the platform. It’s still got a long, long way to go before it can rival Apple’s App Store or even Android’s Market, though. Also, it’s difficult to understand why Skype is taking so long to appear on the platform when it’s now officially a Microsoft owned product.

This is especially galling as unlike the older models the Radar has dual cameras – a VGA camera on the front along with the 5.0 megapixel shooter on the back. You can flick between the two in the phone’s camera software, but currently there are few other apps that support this feature. 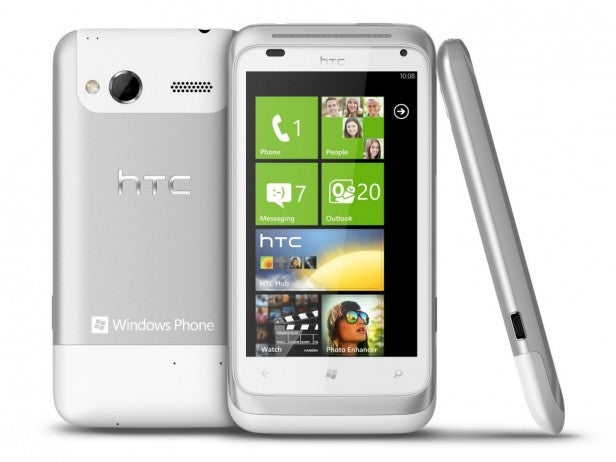 Sadly the Xenon flash hasn’t been carried over from the Mozart, so instead you’re left with a more normal LED flash. However, the camera has been upgraded with a back illuminated sensor that’s design to help it take better photos in low light. Back to back comparisons with the Mozart showed that it is better in this regard, but still some way off the best on the market.

The good news, though, is that there’s very little shutter lag when taking photos. The camera app has some neat features, too. For example, the panorama mode – which stitches together three photos in a super wide panorama shots – not only shows you where to move the phone to take the next shot in the sequence, but also displays a spirit level line on the screen to help you keep each of the shots level with each other. Another feature that’s new is the burst mode. This quickly takes a succession of shots one after the other and is handy when you’re trying to capture pictures of something that’s moving at speed.

Overall, the camera does a decent job of capturing stills. It’s not exceptionally good, but it’s far form the worst we’ve seen either. The camera also support video at up to 720p resolution, but even when working at the highest sharpness setting video isn’t all that great. The apparent resolution drops significantly when faced with much movement in the frame and video shot indoors tend to look quite noisy.

Apart from the video issue, we’ve got a couple of other little bug bears with this phone. Firstly, there’s no miroSD card slot, so you’re limited to the 8GB of internal storage. Whether that’s a problem or not really really depends on how much media you’re planning on stuffing this handset full off. If you want to load up your entire library of tunes, or add an a series of your favourite TV shows, then it may be become a issue. However, if you’re more a grazer who’s happy to add and remove a collection of media as you go using the excellent Zune software, then it may not be a problem. Still, we would like to see Windows Phone handsets starting to come with microSD card slots, especially as high capacity microSD cards are so cheap now.

Also unlike the Mozart, this model doesn’t have a removable battery. However, to somewhat compensate for this the handset has a larger 1520mAh battery. Battery life also seemed to be better than the Mozart, as whereas that model really needs to be recharged every day, the Radar seems to have better battery management and will go for a day and a half to two days before it needs a recharge.

Call quality was first rate too, and a noticeable improvement on HTC’ previous generation of Windows Phone handsets. The ear piece is louder than on the Mozart and delivers crisper and more distinct audio. The phone also seems to do a better job of holding on to a weaker signal and we very rarely had any problems with dropped calls.

Verdict
Overall, the HTC radar is an excellent mid-range smartphone. Sure, it has some issues, such as the lack of support for microSD cards. However, the phone looks stylish, feels very robust and is speedy too. In fact, the whole package feels very slick and easy to use, in an almost iPhone-esque way. 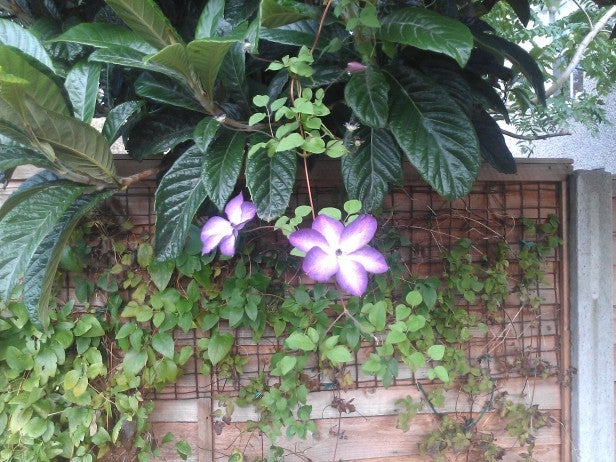 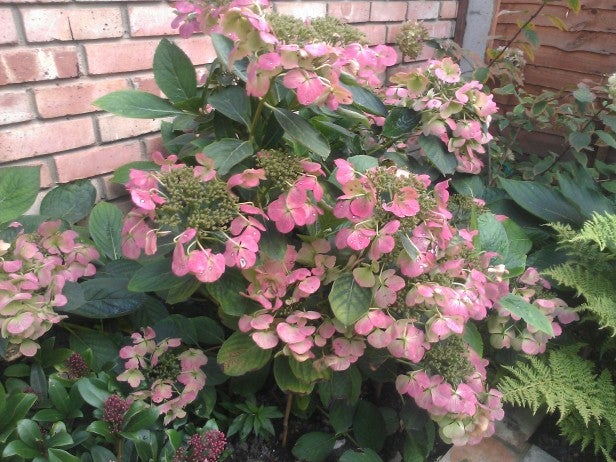 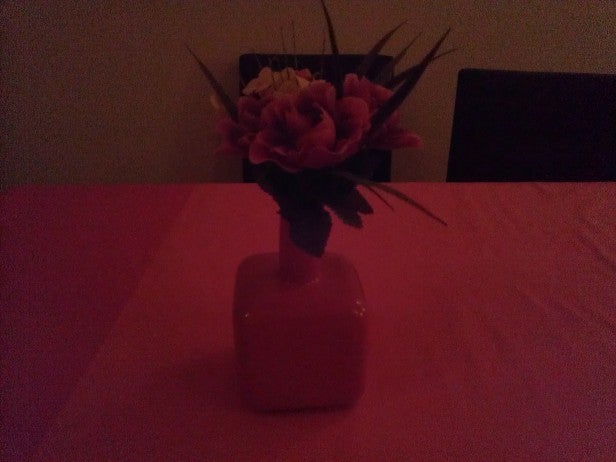