One of the flagship features of HTC Sense 5 is Sense TV. This makes use of the HTC One’s IR blaster, which sits on its top edge, to let you control your TV from your phone, and check out what’s going to be on TV.

Much like any advanced Universal remote, the HTC One’s Sense TV asks you to tell it the brands of your various lounge devices. However, you’ll need the devices actually to hand to “teach” the phone its commands, or will have to try a wide range of possible control commands to identify the right one. It’s not quite as advanced as, for example, the Logitech Harmony range, which is dying a rather rapid death thanks to things like Sense TV. 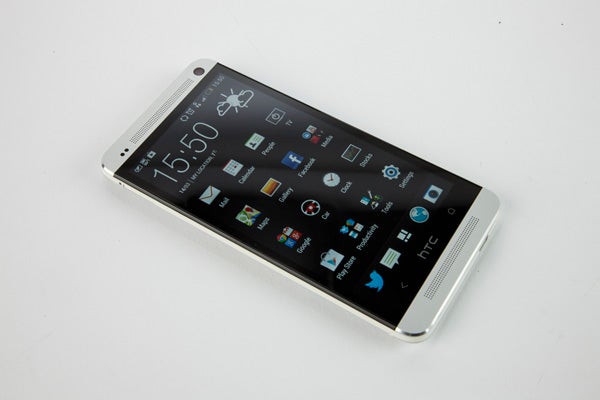 Sense TV also supplies EPG information for most of the UK’s popular broadcast TV services, including Freeview, Freesat, Virgin Media and Sky. It’s frankly a great idea, although we feel that it’s a feature that’s likely to be ignored by many.

HTC’s doesn’t miss capitalising on Sense TV either, incorporating On Demand content from its own video store HTC Watch. This is a portal, through its own app on the HTC One, that lets you rent and buy movies. It’s very similar to Google Play Movies with prices set around £3.49 for a rental and £10 for a purchase.

Like several of HTC’s own apps, it’s nestled within a folder by default as is therefore blissfully easy to ignore.

HTC One – Keyboard and Browsing

One HTC feature you can’t ignore so easily is the HTC keyboard. With a 4.7-inch screen to fill out, the HTC Sense keyboard has plenty of room to make keys well-spaced enough for solid accuracy. Gesture typing is supported too – letting you drag a path between letters rather than tapping on them individually.

Our issue with the Sense keyboard is that it doesn’t look very good. Next to the stylish keyboard of the Windows Phone 8-running HTC 8X, it’s positively drab. Of course, a keyboard is largely a functional thing, even if you do spend an inordinate amount of time looking at it.

Switching to gesture-based input, we found typing in web addresses on the HTC One quick and reliable.

The screen is the star of the browser show, though. The extremely high pixel density keeps text looking sharp even when you’re zoomed-out, and the large 4.7-inch screen is easily large enough to make full desktop versions of websites look great, rather than just mobile sites.

We’ve covered a fair amount on what the HTC looks and feels like, but not a great deal on how it runs. The HTC One has a quad-core 1.7 GHz Krait 300 CPU with 2GB of RAM and an Adreno 320 CPU.

It’s likely to be outclassed by the Samsung Galaxy S4, but otherwise this is one of the fastest Android phones available. And despite using a custom user interface, we didn’t notice any significant slow-down in the Android OS. Using Android 4.3 Jelly Bean, it benefits from the Project Butter speed optimisations, and these ensure the phone is about as slick as phones come. 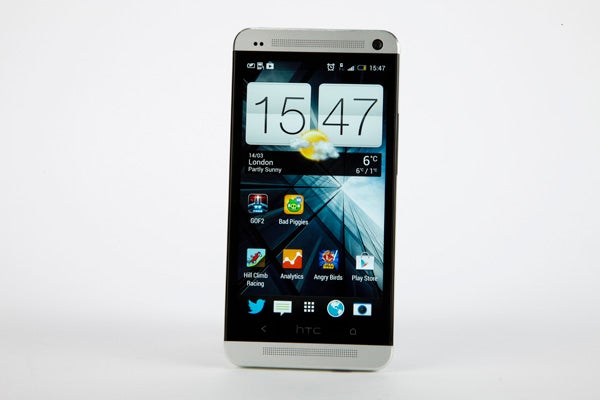 We loaded the phone up with a bunch of third-party apps and performance didn’t appear to be affected.

HTC One – Video and Audio

HTC put a lot of effort into upping the HTC One’s TV cred, with HTC Watch and Sense TV. However, it otherwise doesn’t make any particularly fancy moves with its video player and audio apps. The only video player for your personal videos is Google’s own and, rather confusingly, there are two music player apps – Google’s and HTC’s.

Both are perfectly usable, with HTC’s featuring a slightly simpler, plainer interface. Like any self-respecting Android UI, HTC Sense offers playback controls in the notifications bar and the lock screen while music is playing.

The big news for audio, though, is that it features a Beats Audio processing mode. It does the internal speakers a few favours, as we’ll discuss later, but when using a good pair of headphones, we prefer the sound with it switched off. 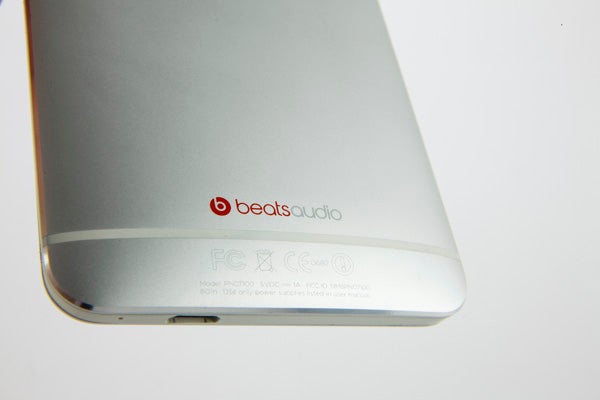 Beats mode is an aural exciter of sorts that uses EQ and DSP trickery to try and increase bass excitement and widen the sound stage a little. It does make music sound a little exuberant, but can cause bass bloating in headphones that are already a little on the bassy side. Whether you’ll prefer it to the standard mode depends on your own cans and you personal taste. However, we do wish there was some control over the Beats mode’s processing – it’s just on or off in the HTC One.

For those with hard-to-drive headphones, Beats mode will come in handy to boost the volume a little, but we were happy with the volume levels without Beat engaged. There’s no extra noise introduced through the headphone output and it provides similar output levels to a dedicated MP3 player.

We’d be happy to use the HTC One as a music player, although any real music fans will be severely put off by the non-expandable memory. 32GB isn’t nearly enough for music obsessives.

The HTC One also has an FM radio, which as ever uses the headphone cable as an antenna, and comes with the popular SoundHound and 7digital apps pre-installed. HTC doesn’t get any points for including these, though, as they’re free downloads.

What HTC doesn’t include is a decent third-party or HTC-made video player. The hidden-away Personal Videos section of the Google Play Movies app can handle some of your own video files, including 1080p MKVs. However, it failed to play around 50 per cent of our test files and the performance with some clips was baffling poor. Our guess is that GPU optimisation hasn’t been fully implemented.