HTC One Mini 2: Android and Apps

The One Mini runs on Android 4.4 with the new Sense 6.0 giving you most of the same software perks as the M8. HTC’s skinned approach to Android has always been more successful than something like Samsung’s TouchWiz, putting performance before bloatware in the most recent Sense updates. As a result animations are smoother and more fluid.

Other notable changes include the physical hardware buttons making way for software keys you have to swipe up on the screen to reveal. The new HTC clock and BlinkFeed still take up space on one of the homescreens. Blinkfeed, HTC’s social stream feed, where you can scroll and search through feeds. Twitter, can Facebook can cache content, which means you can view information when offline, but it’s a feature we suspect most will ignore as we found dipping into Twitter and Facebook apps was still the most natural thing to do.

Some of the apps included on the M8 are missing. The Zoe app is installed in the vertical app draw, but it’s not currently supported on the One Mini 2. Zoe takes stills and video and pulls them together into a slide show. Launching the app suggests it’s coming soon and is expected to arrive in the summer. Sense TV also misses out and that’s down to the lack of an IR blaster. Fitbit integration is also absent as the One Mini 2 doesn’t include the M8’s new Motion Launch processor, which works in similar manner to the M7 co-processor packed into the iPhone 5S.

The usual Google suspects and stock apps are all there like Google Play’s suite of apps with Media, Productivity and Tools apps all neatly organized into folders. There’s no big surprises here and it has most of the bases covered apart from games. A swift trip to the Google Play store will soon sort that out. 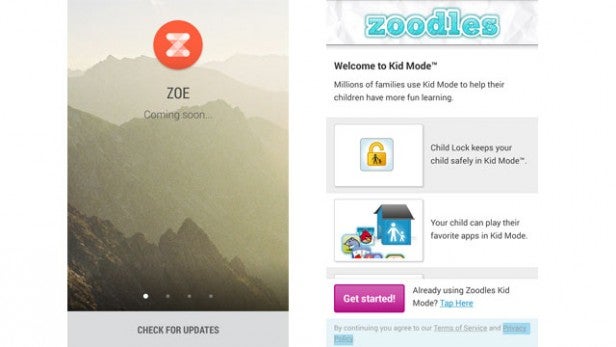 The One Mini 2 moves to a Snapdragon 400 quad-core CPU clocked at 1.2GHz, again another characteristic it shares with the Moto G along with 1GB of RAM to handle multitasking. This is obviously not in the same bracket as the Snapdragon 801 processors inside top tier phones, but it offers more power than most mid to low range smartphones. It’s more than adequate for most tasks and ensures the One Mini 2 can boot up in under 10 seconds and overall runs nice and smooth.

There’s no signs of stuttering when swiping through homescreens and launching apps, either. Over time the One Mini showed more of a strain running multiple apps, but in our time with the One Mini 2 it handles multitasking much better. The extra 1GB of RAM the cheaper Nexus 5 manages to include would have been nice, but we experienced few issues here. 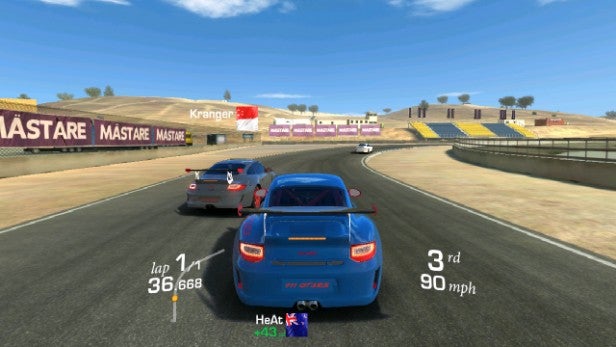 For streaming video and running Real Racing 3, a game that bizarrely is
not compatible on the One Mini, the Adreno 305 GPU is well equipped and
there’s no concerning frame-rate issues to hamper our gaming
experience. The benchmarks show near identical performance with the Moto
G, posting a multi-core score of 1,120 in Geekbench 3. In comparison, the Moto G scores
1,155 and the HTC One Mini 749.

All of which is fine, but it’s also worth considering
that the cheaper Nexus 5’s Snapdragon 800 processor scores much higher at
2,715, more than double of the One Mini. What the benchmark and real world testing shows is that
this is a more than capable phone, but it doesn’t deliver much bang for your buck considering it’s as fast as a phone that costs around £150 (or less) SIM-free and is considerably slower than the Nexus 5 that’s around the same price, or less.

The HTC BoomSound stereo speakers from the M8, which pretty much blow most other smartphone speakers out of the water, are intact on the One Mini and are hidden behind slightly longer speaker grilles.

Testing it out on Spotify on both the One Mini and Mini 2, the latter does show an improvement particularly in power and bass response where it’s more stable at higher volumes. It’s an equally good showing for gaming or watching films where dialogue comes out nice and clear.

As a means of bypassing carrying around one of those tiny Bluetooth speakers around with you, the Boomsound speakers are still head and shoulders above other phones.