The generous battery shows in day-to-day use too. With regular email checks, some browsing and use of Google Maps, the HTC One Max lasts for a solid day and half. With careful use, and switching-on of the phone’s power-saving mode, you should be able to squeeze two days’ use of out it – you will be running on fumes by the end, mind. And although the back is removable, you get no access to the actual battery unit. 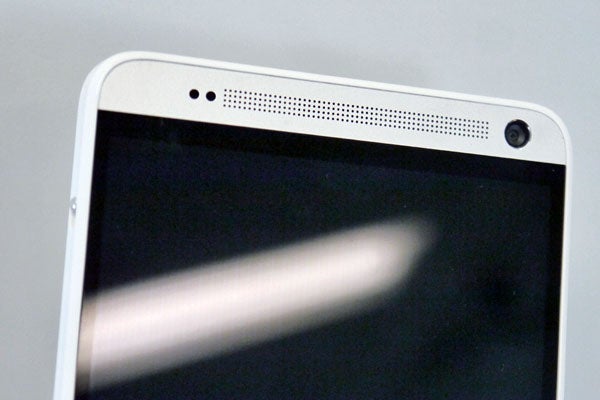 The HTC One Max offers a number of sensible power-saving options, all tucked into a separate Power settings menu so they don’t get in the way. You can set ‘sleep mode’ hours, during which the data connection will switch off entirely.

A power saving mode also throttles the CPU, controls brightness, turns off haptic feedback and limits the data connection to when the screen is on. With or without such measures, this is a long-lasting phone.

HTC BoomSound speakers are one of the HTC One series’s calling cards. They are stereo speakers that sit on the front of the phone, rather than the back where mobile speakers usually live.

Sound quality is well above average, especially if you’re using the phone held right in front of you – when playing a game, for example. You get a genuine stereo effect, as well as speakers that can go louder without sounding strained. 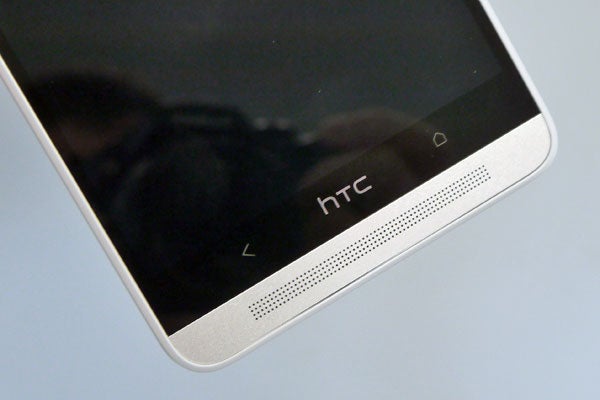 The sound isn’t as rich or smooth as it was on the HTC One with Beats mode engaged. And it won’t be added in an update as the partnership between HTC and Beats ended in September 2013.

The HTC One Max has great call quality. Its earpiece speaker is much better-than average, bringing improved clarity and sound depth compared to a lower-cost phone.

Like most higher-end phones, the One Max uses a secondary microphone to employ active noise cancellation. The tiny pinhole mic is found on the back of the phone, in one of the plastic seams.

There’s only so much you can do with ‘standard’ phone calls, which sound rubbish through the best of equipment, but the HTC One Max has a good go at it. 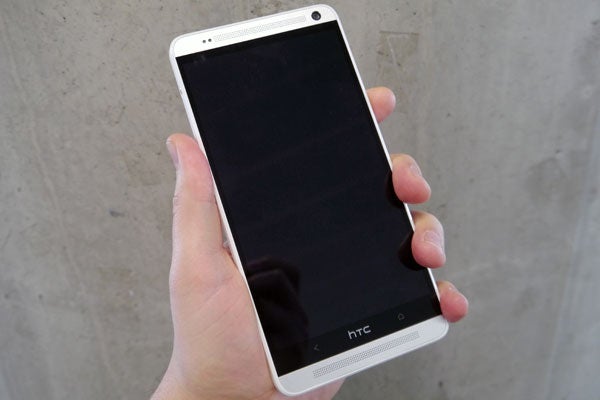 Should I buy the HTC One Max?

The HTC One Max has the same issue to surmount as other giant phones like the Sony Xperia Z Ultra and Samsung Galaxy Mega 6.3 – why would you buy it over its slightly smaller cousin?

HTC’s giant phone tries a lot less hard than some to justify its screen size. And while it may have a smaller screen than some, its thicker body ensures it’s still a tricky phone to handle day-to-day.

For gaming and video-watching, the 5.9-inch screen is fantastic. For everything else, we still think the HTC One is a better fit for most people’s lives.

The changes it makes to the HTC One formula aren’t particularly successful, either. Its plastic-based body is less impressive to look at, the look is less simple, the BoomSound speakers are less effective this time around and the fingerprint sensor is – at present – more pain than gain.

The Galaxy Note 3 in particular offers a screen that’s only slightly smaller, but is significantly smaller in-hand and is much more successful at adding features that really make use of the extra screen space.

This is a solid phone, but a series of slight disappointments ensure it’s not the perfect smartphone storm that the HTC One was.

The HTC One Max is a strong phone that looks less silly in the hand than a Sony Xperia Z Ultra, but most of the ways it differs from the HTC One detract from the phone, rather than adding to it.