HTC has steered clear of the 2K bandwagon and stuck with a 1080p (Full HD) screen for the One M9. It’s almost identical to the one sported by its predecessor, albeit with thinner bezels.

2K screens have twice the resolution of Full HD. This means that text and images are sharper. But does this make a difference on a 5-inch screen? Not enough to matter. The human eye can only see so much and you need to try very hard to spot a pixel on the HTC One M9. A pixel density of 441ppi makes it far sharper than the 326ppi Retina display on the iPhone 6, a display that’s good in its own right.

In other words, not being 2K isn’t a problem. We’ll take the power savings a lower resolution screen offers over a negligible increase in sharpness. 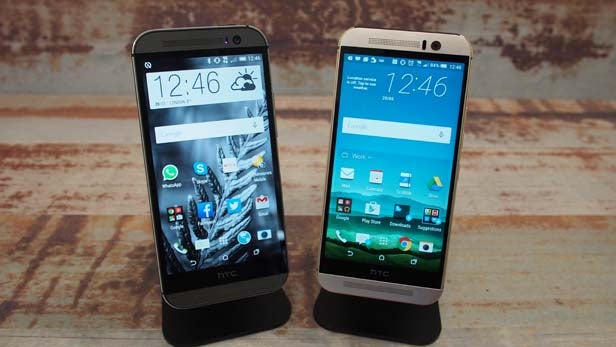 If there is an improvement we’d have liked to see made it’s a move from LCD technology to AMOLED – a screen tech that Samsung seems to have mastered. That said, HTC’s Super LCD3 display provides decent contrast and black levels. Watching a movie on the 5-inch screen looks great, with dark scenes looking deep and convincing, and you won’t notice any backlight bleed unless you whack up brightness to 100 and are viewing in a dark room.

Brightness and viewing angles are respectable, too. We kept the phone at full blast on a sunny day out in London (which does sometimes happen) and had no problems. We could see the screen well enough while checking Google Maps or reading texts, but we would like the option to go a little brighter. 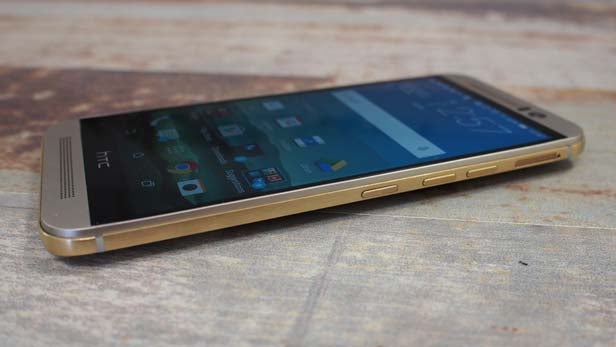 More of an issue is the screen’s reflectivity. This hasn’t changed much from the HTC One M8 and means you will find yourself angling the phone to reduce glare when the sun’s out. It’s not a huge problem, and certainly not one isolated to the One M9.

The M9’s screen is great. It doesn’t match up to the LG G3 or Galaxy S6 in terms sheer pixel count, but you won’t feel short-changed. It’s just as good as the 5.5-inch 1080p display on the iPhone 6 Plus and few people complain about that one.

It’s not until you hear a decent pair of speakers on a phone that you realise quite how worthwhile they are. Watching a film with all the detail of the background music available and actors sounding like themselves is a luxury rarely had on the go.

The One M9 keeps with tradition by including front-facing stereo speakers with a built-in amp, and Dolby Audio that betters its predecessors and blows away the competition. 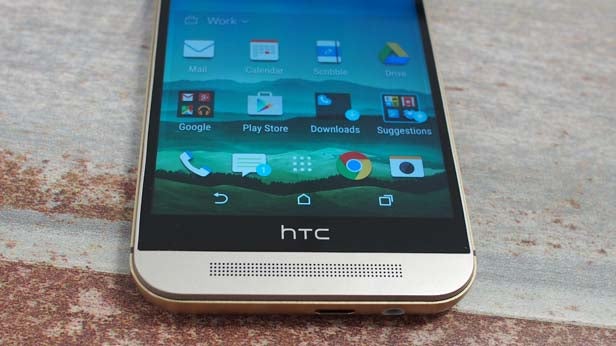 The front-facing speakers offer decent stereo separation when compared to speakers on other phones. That’s not what’s most impressive, though. The HTC One M9 provides great depth and surprising mid-range detail for such a small device. It makes the speakers on the Galaxy S5 and iPhone 6 sound rubbish.

As you might expect with such small speakers low-end is lacking so if you like bass-heavy music your best bet is to plug in a good pair of headphones. The amp and Dolby Audio extends the 3.5mm headphone jack, so you’ll be treated to some great sound.

Top volume reaches decent levels, enough to enjoy some tracks in a bedroom or other small spaces. It’s the perfect phone when you want a little music to brighten up a sunny afternoon in the park, or a late night camping.

You won’t find better speakers on any other phone.