HTC is keen to big-up the HTC One’s speakers. Not only is the phone loaded up with DSP to improve audio performance, the speaker grilles have become a proud part of its hardware design. See those dots in the front aluminium plating? Those are grilles for its stereo drivers. 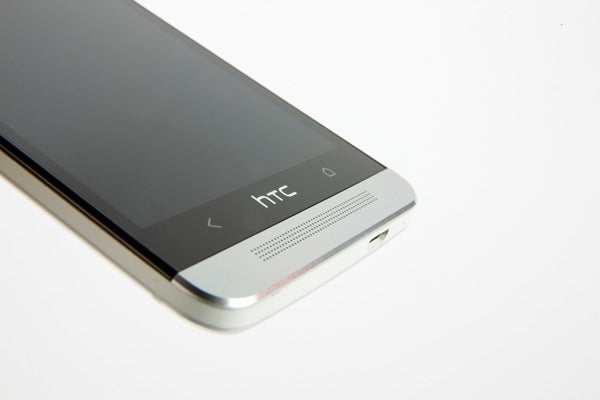 Using stereo speakers makes the HTC One much more satisfying to use as a mobile games and video player, assuming you’re not going to be using headphones. They can provide a decent stereo image when held directly in front of your face. Top volume and overall audio quality of the internal speakers is well above average too.

Although we’re not big Beats believers, the Beats DSP mode does wonders for the speakers’ sound, cutting out the harshness and filling in the bottom end. They really don’t sound too good with Beats turned off, with harsh-sounding mids and an emaciated low end. The HTC One can’t relay real bass, of course, but for mobile phone speakers these are pretty beefy-sounding. We might almost assume HTC borked the non-Beats audio to show off the mode, but we’re trying desperately not to be so cynical.

With some content they will start to distort a little at maximum volume, though, so there’s an argument that HTC could have managed the speakers’ output a little better.

The camera of the HTC One is one of the most interesting phone cameras of recent years. However, tell the average bloke on the street its specs, and they probably won’t be that impressed.

It has a 4-megapixel sensor, which sounds awful compared with the 13-megapixel phones that’ll come out soon. However, the HTC One camera is a bit special. 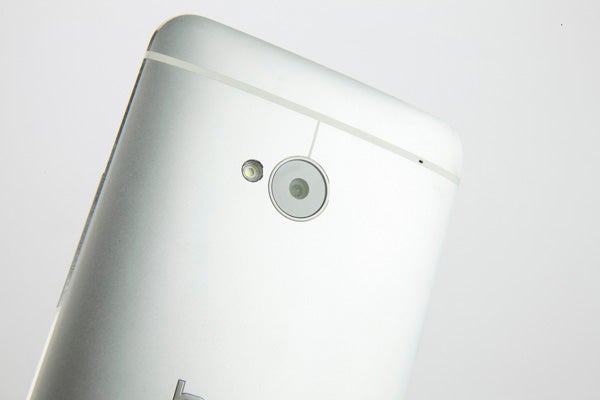 It can only fit in four million camera sensor pixels because they’re much larger than average, letting them take in more light in the same exposure time as other phone cameras. The HTC One’s camera pixels are 2.0 micrometers large, where some 13-megapixel sensor pixels are just 1.1 micrometers across. HTC calls this UltraPixel technology, although these pixels are only “ultra” sized by smartphone standards.

The larger pixels give the HTC One much better low light performance than most phone cameras – we found it was comparable to the Nokia Lumia 920, which uses optical image stabilisation to increase exposure times for the same effect.

The HTC One also has a high-quality F/2.0 lens, which further helps matters and is significantly faster than the iPhone 5’s F/2.4 lens.

In use, we found that the HTC One’s performance was impressive in low-light conditions, and that its flash provided an even and fairly natural-looking spread for even better low-light versatility. However, the lower resolution of the sensor becomes quite apparent in good lighting conditions. 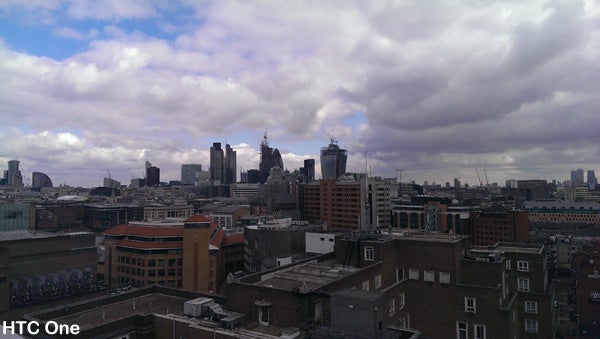 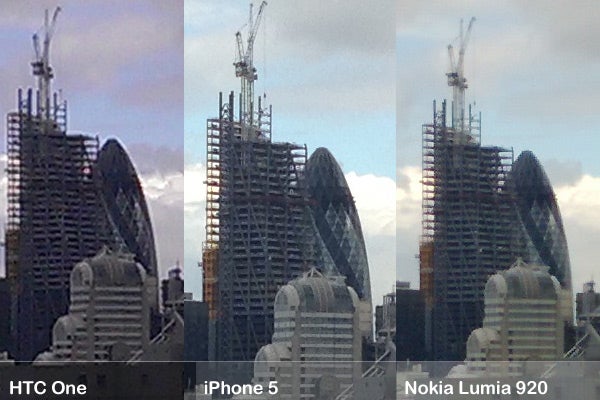 The HTC One can’t produce the same sort of detail-filled shots as the high-end smartphone competition, and its relatively noisy. Next to an iPhone 5, which has a comparatively straightforward sensor, the HTC One’s daylight shots feature a relatively poor level of detail. It’s only in poor lighting that the HTC claims an easy victory.

The HTC One also has a tendency to overexpose brighter areas in photos, especially if it is trying to compensate for dodgy lighting. 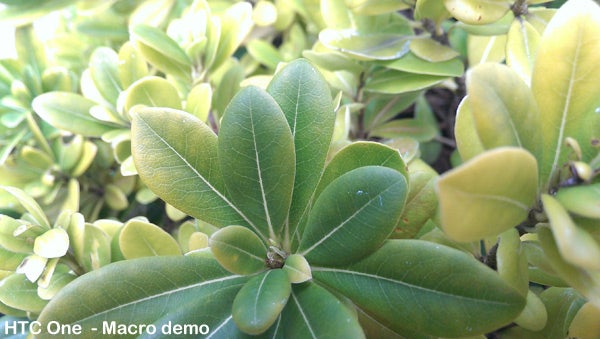 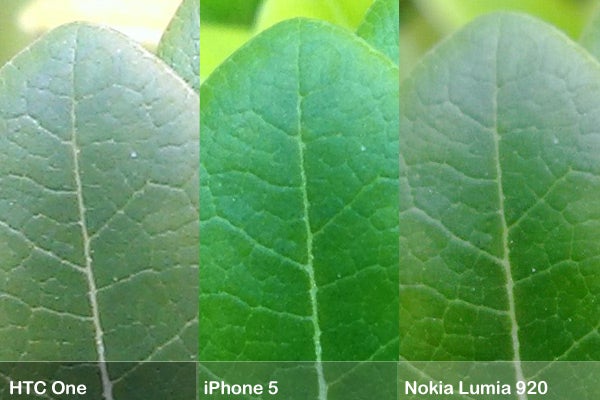 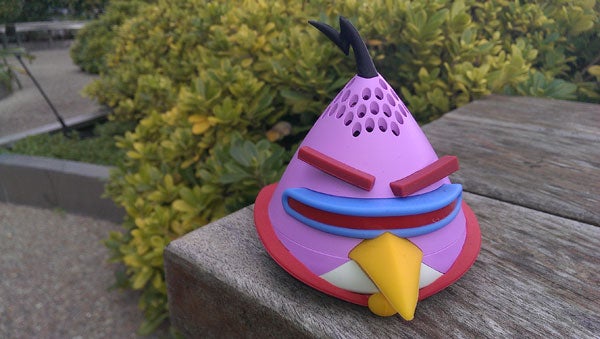 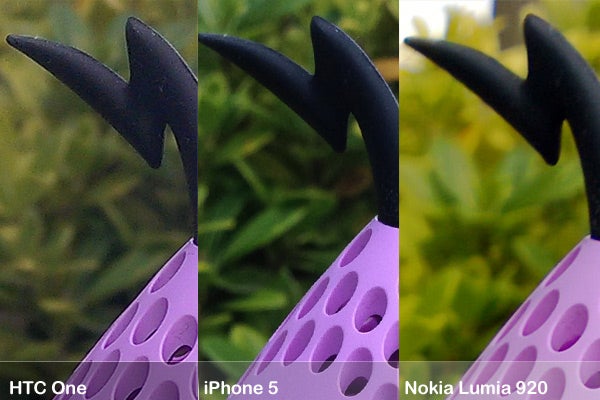 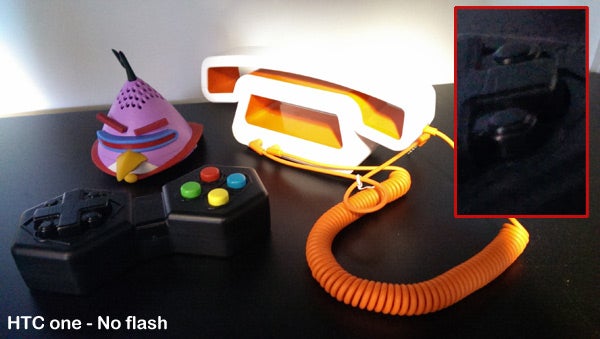 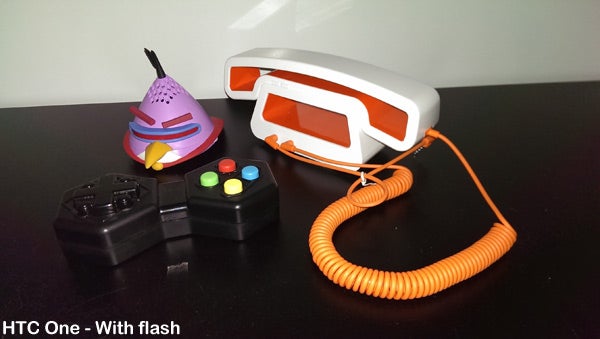 Its camera app offers a solid array of features, including HDR and panorama. And it’s capable of recording video in HDR, with either locked focus or continual/touch focusing during shooting. It uses stabilisation when shooting video too, which helps mitigate for the juddering of shaking hands or moving bodies.

Ultimately, the HTC One camera hardware is a slight disappointment, but it is very versatile.

The headline camera software feature is something known as Zoe. It’s a distinct shooting mode that captures a short video clip and a still at the end.

These video clips are then used in the HTC One’s image gallery, making it seem much more “alive” than the plain old camera roll gallery. It’s a feature that has gained a lot of attention, but we found that using it felt a mite awkward.

The issue is that shooting in Zoe mode doesn’t feel like standard shooting as, unlike some compact cameras that shoot video covertly, it makes it feel like you’re shooting short video clips rather than stills. The immediacy of that shutter click is lost, which is a shame. To counter this, the HTC One would have to shoot video constantly in the background whenever the camera app is running and simply harvest the second or so before the shutter press.

Zoe is a neat idea, but like the UltraPixel tech, it feels like it needs a generational update or two before it yields the results it should be capable of.

The social potential of Zoe is particularly impressive, as you can share the stitched-together clips online with the help of an easy-to-share web link. However, we simply felt much more comfortable when shooting in “normal” mode, and we think a lot of people will feel the same way.