What is the HTC Mini ?

The HTC Mini is a curious little gadget. It’s a phone for your phone – or more precisely it’s a Bluetooth controller that gives you access to your phone’s basics while your mobile is still in your pocket or bag.

It may look like a phone, but the HTC Mini is really a less intelligent device than a standalone mobile. It’s a middle man that talks to your phone and relays things like calls and messages using Bluetooth.

That it’s relatively simple technologically lets the HTC Mini last for (according to HTC) nine hours of calls or four days on standby, despite having a pretty weedy 320mAh battery. 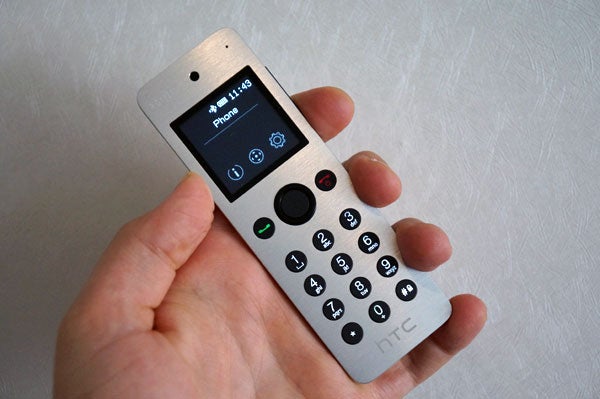 Nevertheless, it looks more-or-less like a phone. It’s super skinny at 7mm thick and smaller than just about any mobile you’ll find today, but it has the full complement of number buttons as well a navigational D-pad and call buttons. Just like a phone – just not a phone from this decade.

The front of the HTC Mini is a sheet of brushed aluminium that looks and feel pretty good given we feared this would feel like a cheap, throwaway gadget, and the buttons are also top-quality. Who’d have thunk it?

The HTC Mini doesn’t exactly feel super-luxurious, though. Its rear is plastic rather than metal – HTC says it’s because the NFC in the remote won’t work through a sheet of metal. Yep, aside from Bluetooth, the Mini also has NFC to make pairing with a phone a lot easier. 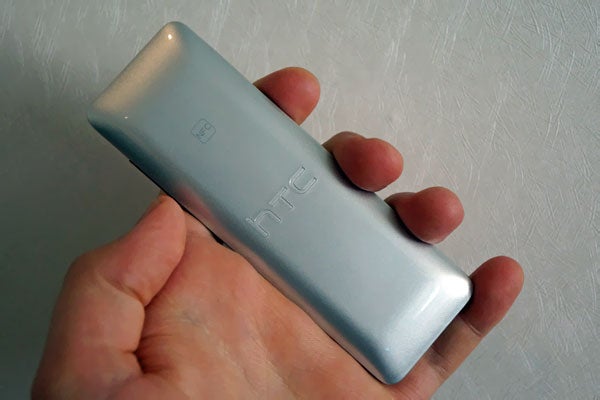 We’re not convinced all that many people really need an HTC Mini , but this is not a piece of tech tat.

The HTC Mini has a small 1.5-inch monochrome screen. It’s a basic 128 x 128 pixel display, the sort we used to see in low-cost phones years and years ago. 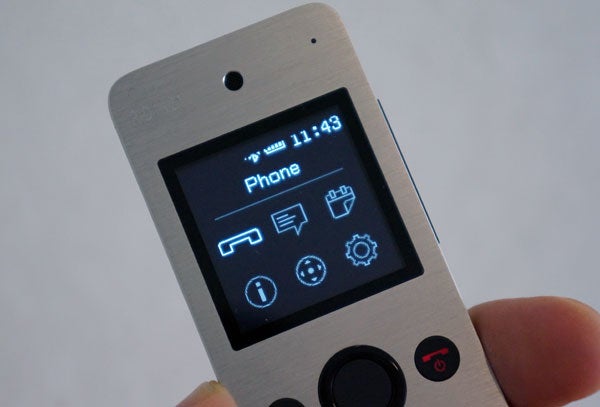 However, clarity is good. It’s bright and the interface too is designed to make information easy to digest.
But what can the HTC Mini actually do? Aside from making and taking calls, a bunch actually.

It has its own IR blaster, letting you use the HTC TV control app to turn the Mini into a remote control replacer. Of course, as you’re using something that’s pretty similar to a remote control, the benefits aren’t as clear as when using the phone proper.

You can also use it to control the camera shutter, to act as a Powerpoint presentation controller, and to read your latest notifications. The numbers also light-up, letting you use the Mini in the dark pretty easily. 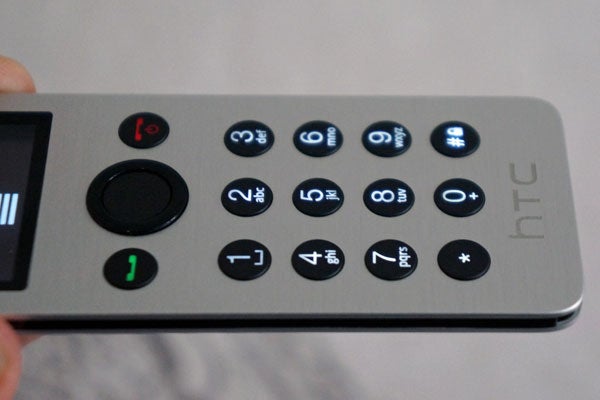 The HTC Mini is mini phone controller to stop you having to take out your giant smartphone too often. Of course, this only makes any sense if your phone is prohibitively large.  And as the HTC One Max hasn’t arrived yet, HTC doesn’t really have any phones large enough to merit this gadget.

Plus, while it’s small, its retro phone style means it’s not teeny tiny itself. It’s about as ‘must have’ as an motorised toast rack, but we were pleasantly surprised by the build quality of the Mini .