With all the hoo-ha surrounding Palm’s upcoming Pre and a possible new iPhone on the way, Google’s Android OS has fallen out of the limelight somewhat. In part, this has been due to a serious shortage of new hardware. Despite lots of Android related product announcements, the T-mobile G1 has remained the only Android handset available in the UK for around seven months. Thankfully, that’s all changed now that the HTC Magic has landed on these shores.


One of the big criticisms of the original G1 was that its bulky frame and jutting jaw line bestowed it with all the physical beauty of Nora Batty. Thankfully HTC learned its lesson, as the Magic is a much sleeker and more refined looking phone. Partly, this is due to the fact that it does away with the G1’s keyboard and instead makes you rely totally on the touchscreen for text input, which is no bad thing in our opinion. 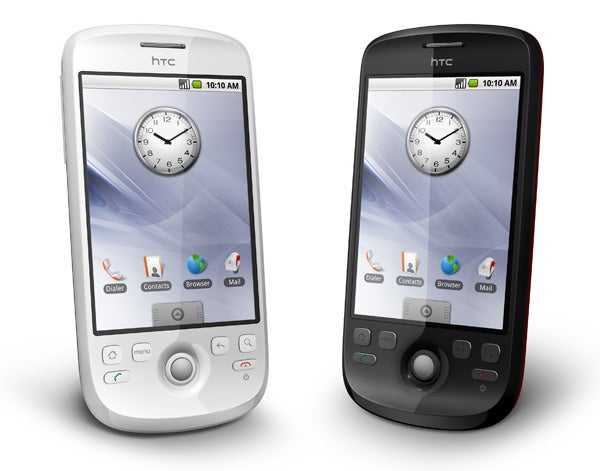 Unfortunately the lip that juts out at the bottom of the phone is carried over from the G1, but the good news is that it’s now much less pronounced and dare we say it, much less of an eye sore. The buttons under the screen have also been re-jigged slightly. The home button has been shifted to the right rather than sitting directly under the screen and there’s a new dedicated search button that works in pretty much all the phone’s main apps.


The trackball remains, but really it’s a bit of a redundant feature on the Magic simply because the handset’s touchscreen is so good. The only time we can think that you’d need to use it is if you were wearing gloves (the Magic’s screen is capacitive so it doesn’t register screen taps unless you’re prodding it with a naked finger). 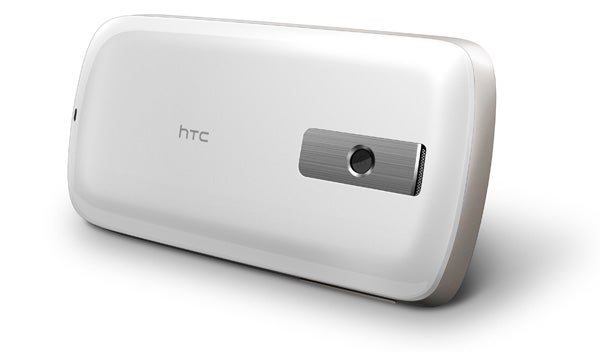 Unlike the iPhone, the Magic‘s rear cover clips off easily and gives you access to both the removable battery and also the microSD card slot. As the handset only has 512MB of ROM and 192MB or RAM onboard you’ll probably end up storing most of your music and video files on the supplied 2GB microSD card. The rear of the handset also houses the phone’s sole camera. This has a 3.2-megapixel resolution and although it includes autofocus, it lacks a flash so shooting in low light is a bit of a no-no. Shots from the camera are passable as they tend to suffer from indistinct edge detail and some colour fringing. You can also use the snapper to shoot video, but when there’s lots of fast movement in the frame the resulting clips tend to look very blocky.

As we’ve already mentioned the Magic uses a capacitive touchscreen rather than a resistive one. The screen is actually one of the best features of the phone. It’s bright, produces vibrant colours and is very responsive to touch input. It’s also used for all text input via the onscreen keyboard. The keyboard can be used in either portrait or landscape mode and by default the phone is set up to vibrate slightly every time you touch a key to provide a bit of extra feedback. However, if you’re not happy with this you can turn it off in the settings screen. The onscreen keyboard works so well especially given its neat predictive text system. 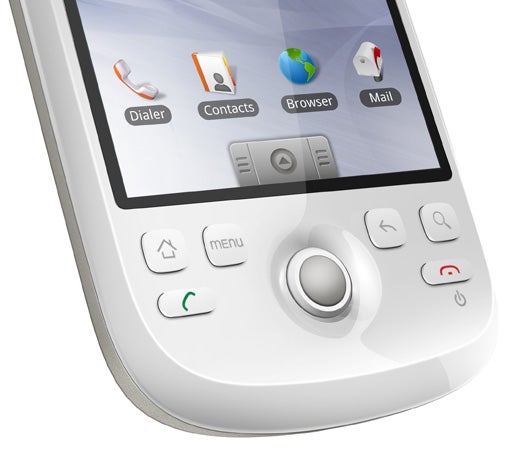 The Magic runs the latest Cupcake version of the Android OS, which is not only easy to use, but is already showing some significant refinements over the original incarnation of the OS (onscreen keyboard support for instance). All the key features and applications are accessed via the main menu which you open by dragging up its tab from the bottom of the screen. You can also drag and drop apps from here onto the home screen and re-arrange them as you like. Plus you can swipe left or right on this home screen to access additional screens of icons. There’s also a notification bar at the top of the home screen that you can drag down to see all your alerts and prompts neatly gathered together in one place.

As you would expect the phone includes Google’s own apps such as Gmail, Calendar, Maps and Talk. These are nicely implemented with clear and easy to use interfaces. There are some neat additional features too, such as the mail management bar in Gmail that you can drag up from the bottom of the screen to add labels to emails or send them to the trash can. And when you’re in Streetview in Googlemaps you can turn on the phone’s digital compass so as you move your phone around, the image on screen will pan in sync with it.


The Android browser is for the most part excellent. It renders pages accurately, has nicely laid out controls and works great over either HSDPA or Wi-Fi. However, Android’s lack of multi-touch is most sorely missed when it comes to zooming and resizing page elements in the browser. While the browser will intelligently zoom in on a picture or column of text to fill the screen when you double tap on it, it doesn’t always get it quite right so you end up having to fiddle about with the onscreen zoom buttons to try to position it correctly. On the iPhone, with multi-touch pinch to zoom, resizing page elements is much faster.

Another issue with the Magic is its accelerometer, which is used to automatically switch from portrait to landscape view as you tilt the phone in your hand. The problem is that the accelerometer doesn’t seem to be as sensitive or as responsive as those on most other handsets we’ve used. Sometimes there’s a significant pause before it registers the orientation change, if at all. The result is that you can find yourself having to make sharp movements to make sure it gets the message.


The Magic uses the same Qualcomm 528MHz processor as the G1 and although it feels very speedy for the most part, performance issues do creep in here and there. For example, when scrolling around web pages or emails it’s not as smooth as on the iPhone. However, the Magic’s battery life is very good by smartphone standards. We got around two and a half day’s usage out of it with general web browsing and picking up email on both 3G and Wi-Fi. 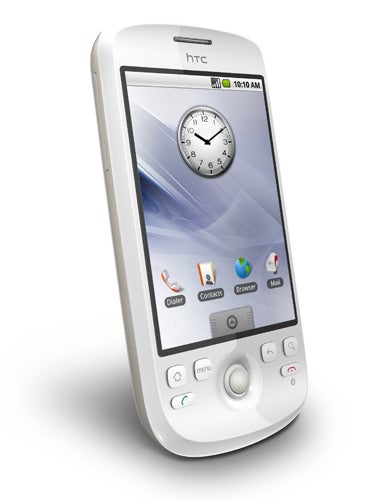 While the G1 was only available on T-Mobile, it is Vodafone that has snapped up the Magic as an exclusive. The basic contract is priced at £35 a month for 600 anytime minutes, unlimited texts and unlimited mobile Internet access, but it ties you into a relatively long 18-month contract. With the Palm Pre waiting in the wings and possibly a new iPhone on the way that’s quite a long commitment, so it might be worth waiting a month or two before deciding on whether to go for the Magic or not.


The Magic feels very much like the phone that Google should have used to originally launch Android. It’s far superior to the G1 in terms of looks and usability, while enhancements such as the addition of the dedicated search key and tweaks to the user interface are also very welcome. It’s only really the lack of multi-touch support and a few rough edges such as the iffy accelerometer that hold it back. On the whole though, we’d say it’s the second best smartphone available on the market today, just behind the iPhone. And considering we hold the iPhone in such high regard, that’s no small praise.