The Android 2.2-powered Gratia is HTC’s latest mid-range smartphone. Its name, which can roughly be translated from Latin to “grace”, sounds a lot less bold than its older siblings the HTC Desire, Hero and Wildfire, but there’s a lot to like about this friendly-looking Android phone.

Last year, HTC produced several of our favourite metal-bodied phones, including the HTC Legend and Google Nexus One, but the Gratia takes a completely different approach. Aside from the hard glass front, the phone’s body is almost completely covered by a single oversized plastic battery cover. The exposed screw heads on the phone’s back suggest you’ll need to get out a screwdriver to get anywhere near its battery but it’s a rouse – all you need to do is pull the cover off, using the fingernail recess on the Gratia’s top.


This cover balloons out from the sides of the touchscreen a little on each side, stopping the Gratia from seeming slim in spite of its svelte 11.7mm thickness, but these curves also increase the handset’s comfort factor. Next to HTC’s bigger, bolder, brasher phones, there’s something almost excessively friendly about the Gratia. That said, it’s not quite as slick as the mid-range unibody HTC Legend.

A squeeze of the phone’s middle causes a creak as the plastic cover flexes – the plastic used isn’t as hard or thick as that used in the HTC Wildfire, but build quality is otherwise very good. Still, we imagine its looks won’t impress as many people as quickly as the Wildfire or Legend did. It comes in either a black or white finish, and while both look smart those exposed screws introduce an element of quirkiness that not everyone will love.


Although these disruptions of the phone’s lines are deliberate, its sides are otherwise simple and unadorned. On the top is the power button, also used to wake the Gratia up once the backlight times out, and the 3.5mm headphone jack. The left side is home to the volume controls and the microUSB slot is on the handset’s bottom, used for charging and transferring data. There’s no physical camera shutter button and, thanks to the design of the battery cover, no seam that runs down these sides.

In something of a throwback to yester Android devices, the HTC Gratia uses an optical trackpad. This is used to scroll through the interface, and as a “select” button, but can easily be ignored in favour of all-touchscreen navigation. The soft keys are touch-sensitive pads that sit just below the main touchscreen, and thankfully they feel nice and responsive.


Lift the battery cover off completely and the true design of the Gratia is revealed. It’s an almost entirely non-curvy rectangle, a little like an iPhone 4 that’s been beaten with the ugly stick. Of course, you’re never meant keep and use the phone without the battery cover on, so it’s a moot point. Underneath the cover are the SIM and microSD card slots – and as the battery doesn’t have to be removed to access this slot, card hot-swapping is no problem.

The HTC Gratia’s 600MHz CPU tells you this is no high-end device. It’s slightly more powerful than the 528MHz processor used in the Wildfire, but significantly slower than the 800MHz processor of the Desire Z and the 1GHz chip of last year’s Desire. However, this cut corner is barely noticeable in day-to-day navigation.


Google has tweaked the Android OS in each new version, and at the grand old age of 2.2, it’s virtually lag-free even when powered by this relatively humble CPU. Some credit should also go to HTC’s Sense software too. Third-party user interfaces often clog-up Android, making it perform slower than a vanilla edition of the OS would. Not so with Sense – not only does it look good and add some worthwhile features, it’s quick too. 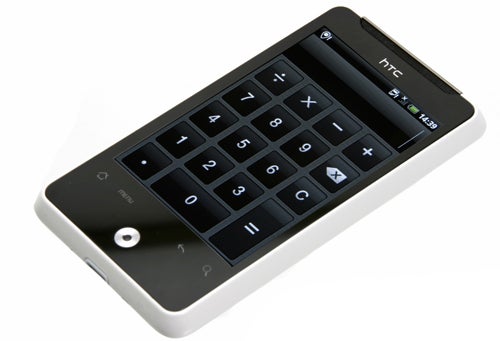 HTC Sense adds a custom dock to the bottom of your home screens, and comes with a handful of widgets and social networking apps. Chief among these is Friend Stream, which aggregates updates, pictures and links posted on Twitter, Facebook and Flickr to offer a one-stop shop for your virtual social life. We’ll admit we still prefer to use the official Facebook and Twitter Android apps, but it’s still one of the best third-party solutions available.


HTC Sense equips the Gratia with seven home screens as standard, and you can flick through these with a swipe, or zoom out to view all seven at once in thumbnail form. HTC calls this the Leap view, and it’s accessed with a two-fingered zoom out gesture. Again, this manoeuvre is very slick in spite of the middling CPU. 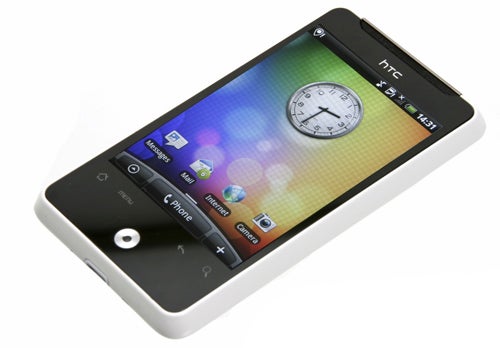 The Gratia gives you full access to the Android Market app store, but it only offers around 150MB of internal memory. Until Android 2.2 came around, this was the only memory that could be used to install apps on, and while apps can be installed to an SD card with this phone, not all apps support this feature. More expensive phones like the HTC Desire Z and HTC Desire HD offer around ten times this internal memory.


Another cut corner is the lack of full Flash 10.1 support – instead we have to make do with Flash Lite. This is disappointing given Android 2.2 usually packs-in full Flash 10.1 support as standard, but not unexpected. Flash content is very hard on a phone’s CPU and it’s common for the feature to be left out of 600MHz phones like the Gratia. 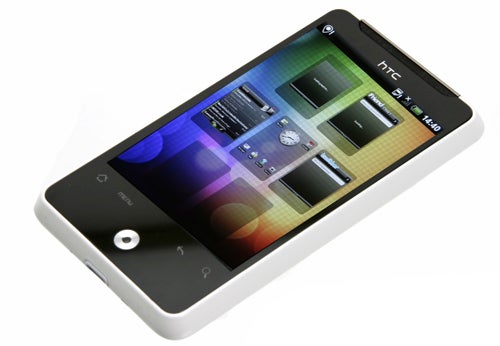 Flash Lite can still handle flash-based video, and with Wi-Fi and 3G connectivity on-board, the web experience doesn’t feel compromised – as long as you have a decent connection to surf over. You can also share a mobile internet connection using the Portable Wi-Fi hotspot feature and send apps directly to other Android users over Bluetooth, Gmail or a social network.

One of the best features of the HTC Gratia is its supremely responsive touchscreen. It uses a capacitive model, which requires contact with your finger but no direct pressure. Whether it’s down to the improvements made in Android 2.2 or the type of panel used, we found the phone significantly more responsive than an HTC Legend running Android 2.1. 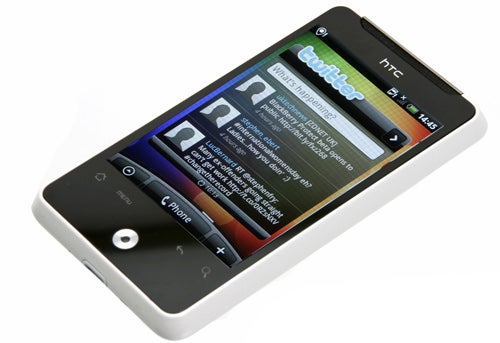 Using a standard TFT LCD with a 320×480 pixel resolution, the 3.2in screen doesn’t sound all that impressive in a smartphone market filled with screen jargon terms like “Super AMOLED” and “Retina display”, but its performance is impressive. Viewing angles are superb, contrast is good and the resolution is high enough to make both text and images appear very sharp – unlike the lesser Wildfire with its pixellated 240×320-pixel display.


The maximum brightness of the display can’t match an AMOLED panel, which will produce more vivid whites and colours at this setting, but in our experience few smartphone users are willing to take the battery life hit and retina searing consequences of cranking up brightness to this extent anyway. 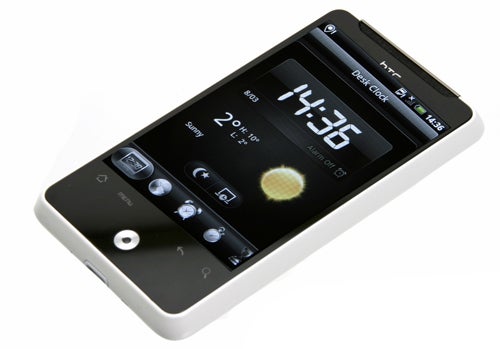 The speed of the Gratia’s touchscreen comes in particularly handy when browsing the web. Zooming using the multi-touch pinch gesture is quick, text re-renders in a flash and the keyboard is unusually accurate and easy-to-use for a screen of this size. With a lesser touchscreen, typing can prove tricky in portrait mode at this size, but here it’s very effective.


This responsiveness comes in similarly handy when using the built-in GPS Navigation. A feature common to all Android 2.2 phones, Google Navigation offers a full Sat Nav-style navigation experience, complete with voice instructions and separate settings for car drivers and pedestrians. As when browsing the web, you can zoom in and out with the multi-touch pinch gesture, and while you’re reliant on a web connection to download the maps used, from Google’s servers, performance in this app was impressive.


While 2011 will see Android phones gain much more power, thanks to dual-core processors, the HTC Gratia proves that it’s not necessary to still get a great deal out of the Android OS. Using this phone is a pleasure.

The HTC Gratia has a 5-megapixel camera, capable of capturing stills up to 2592×1728 pixels, and video up to VGA (640×480) resolution. Unfortunately performance is mediocre. We appreciate the addition of autofocus, as a fixed focus makes capturing close-up detail impossible, but it’s slow and the lack of a flash makes the camera near-useless in low-light conditions.


We took the phone out on a sunny day to see how it would perform in optimum conditions, but even then the results weren’t impressive. Detail is lacking, colours are a little washed-out and the lack of definition leaves some shots looking clouded or milky. The close-up test was more successful, capturing the veined surface of a nearby leaf well. Check out our Camera Test Shots gallery for the full results. 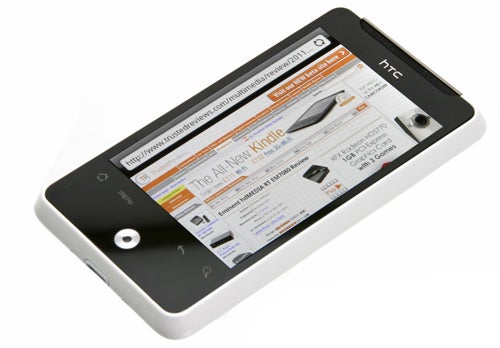 The Gratia’s camera is perfunctory at best. The lack of flash means it’s not at all versatile, and the focus is a little too slow to make it fun to use.


Its video playback skills are similarly bare-boned. HTC recently made an attempt to boost its phones’ video skills in the HTC Desire HD, by including Xvid codec compatibility, but that’s not present here. The Gratia failed almost all our video tests, only playing our MPEG4 clips. Divx, Xvid and rmvb files failed to show up in the media player at all.


The videos that did play looked great though, thanks to the high-quality LCD screen. A 3.2in display is a little small to start watching full-length TV episodes or films on, but we can imagine watching the occasional 20-minute US-length episode on this little trooper. 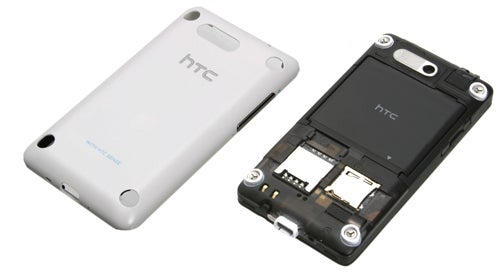 Music skills are similarly basic with just the basic Android support of MP3, AAC+ and WAV. There is however an FM radio, which uses your headphone cable as an antenna.


The HTC Gratia leaves out the specs eye candy that you’ll find in more expensive models, but will you really miss any of it? The camera’s poor, video-playing capabilities are basic and internal memory is paltry, but with Android 2.2 at the helm the core Android experience you get is top notch. Partly thanks to the fairly small screen, battery life is good for an Android device too. It’ll last for a solid couple of days between charges, and outlasted our HTC Legend running Android 2.1. The HTC Legend offers better build quality though and is now available for around the same price, but that doesn’t stop the Gratia from becoming one of our favourite mid-range Androids.

The Gratia performs much better than its low-end 600MHz processor might suggest. Thanks to Android 2.2 and the well-optimised Sense software, this phone zips along at a pace not much slower than its 1GHz-chip big brothers. Only those that demand full Flash support or a high-powered camera need think twice about buying this phone. 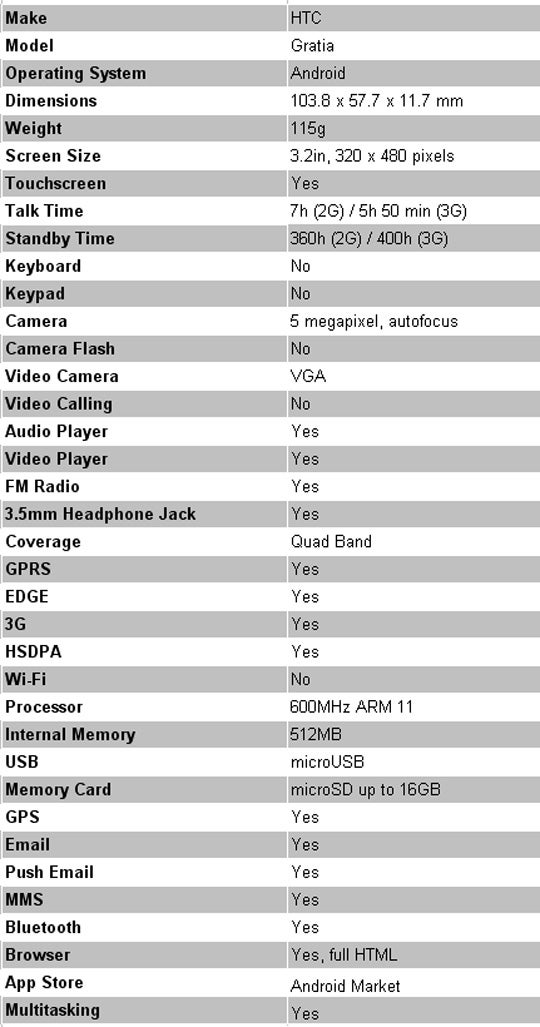 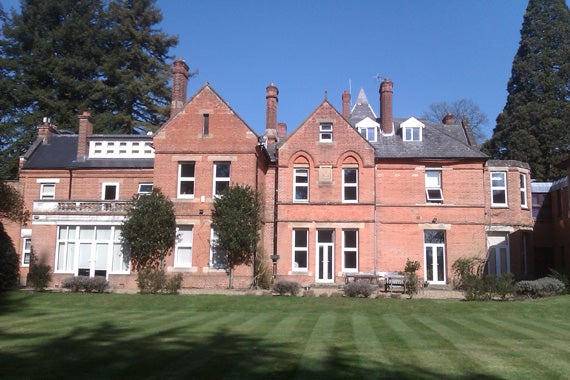 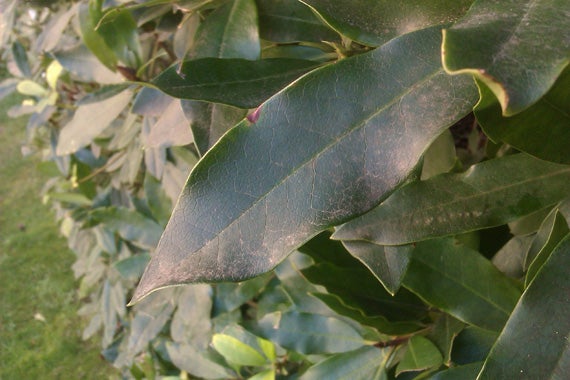 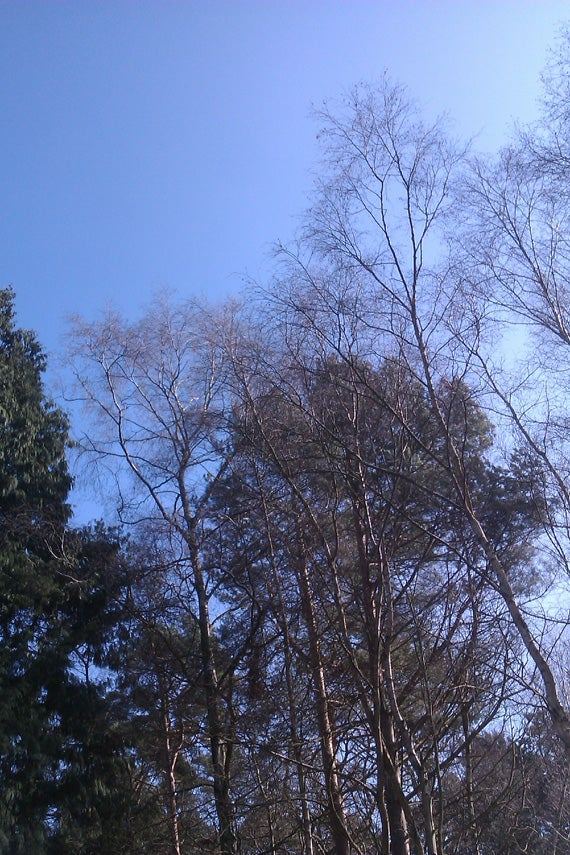 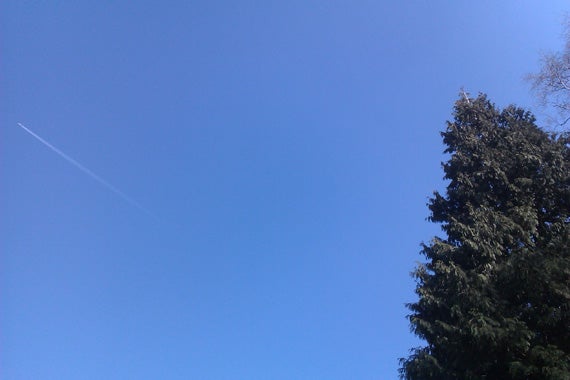 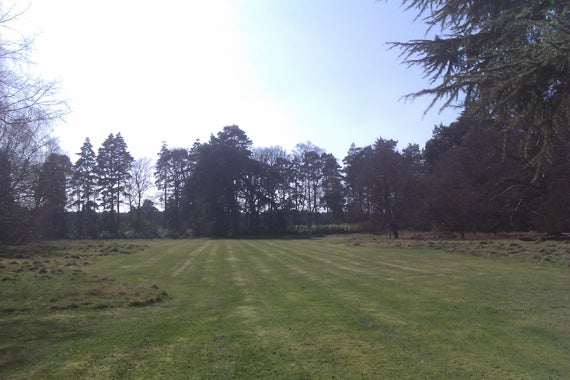