The cameras are the key feature of the Desire EYE.

HTC has opted for traditional sensors this time round as opposed to the low-megapixel/large-pixel ones on the HTC One M8. This is a good thing. We prefer the shots we get with the HTC Desire EYE. 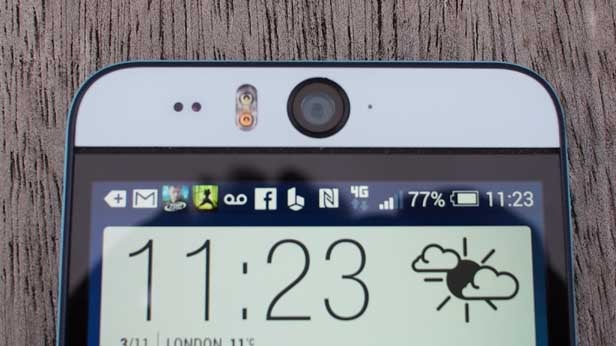 The two 13-megapixel cameras on the EYE are similar but not identical. The lens on the front-facing one is shallower – 22mm as opposed to the 28mm. This makes sense, as it provides a wider angle so you can get more of your mates into a shot. It’s groufie time. 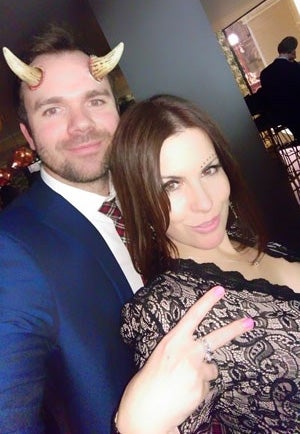 There’s a dual-LED flash on the front, as well as the rear camera to light up faces in darker conditions. It’s something we rarely see on a phone and just underlines the focus HTC’s placed on the Desire EYE’s cameras.

The flash makes a big difference, too. Get your duck face ready – if you like taking selfies in pubs and clubs you’ll love the Desire EYE’s front-facing snapper.

The two-tone doesn’t work quite as well as the same feature on the rear camera of iPhone 6 or 6 Plus. The light is whiter, which means faces end up looking a little washed out. You can see this effect in this photo of a couple of Halloween revellers. Still, it’s a massive step up from the noisy and murky front-facing efforts we get from most phones under the same dark and dingy conditions.

It does a decent job without the flash, too, although we did find that taking selfies with any sort of light behind you darkens facial features too much.

The rear camera is also a solid performer, but not as refined as some of best phones on the market. Optical image stabilization is a feature we’d expect in a phone that shouts about its camera credentials. 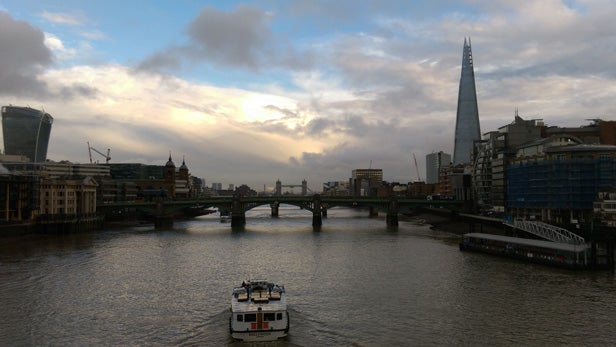 Still, our shots of the south London skyline and the Thames pack detail and the colours solid, although they came out a little darker than they should. 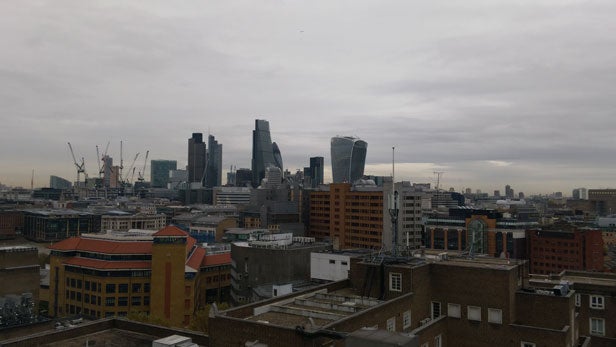 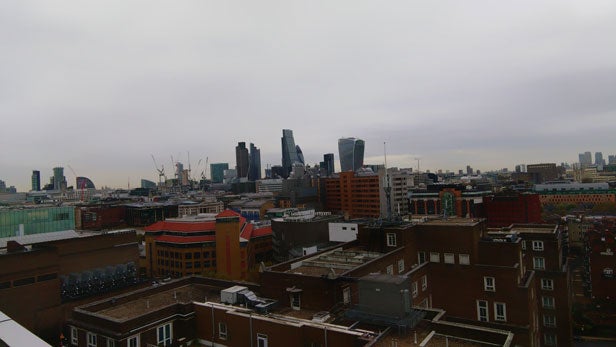 Close up shots work well, too. Colours are vibrant and the autumn leaves brim with detail. 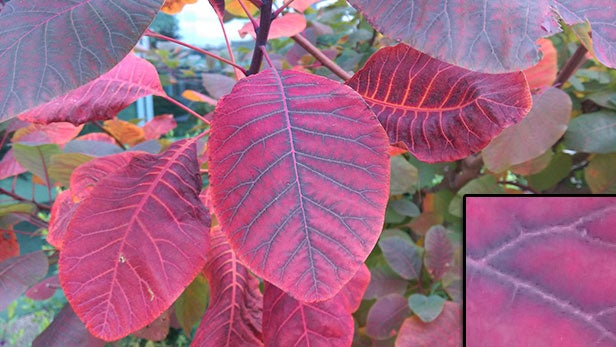 In our comparison landscape shots the rear camera performs much better. Check out the detail in the clouds that are just a swathe of grey using the front-facing camera. Of course, that’s not what the front camera’s meant for.

HTC’s done a great job adapting the two cameras for their respective uses.

There’s a lot more to the cameras than just the specs. HTC has packed a bevy of software features into the Desire EYE.

Aside from ZOE, an app that puts together photos you take in a smart story form, you get photo booth, 360 panoramic shots and split-screen capture. The latter is possibly the most interesting – it lets you to take split-screen video or pictures. It’s not the first time we’ve seen this sort of feature, but what you generally get is a tiny thumbnail in a corner. HTC’s given the cameras on the EYE equal footing, so you can take 50/50 shots and video. The results for both pictures and videos are impressive. 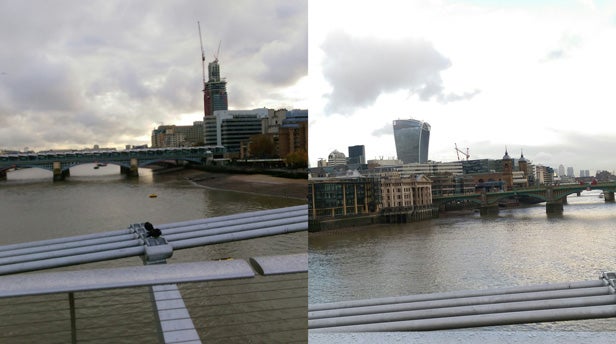 Split-screen shooting is fun. Front camera on the left

You also get a load of other tricks and features. The HTC Desire EYE gallery includes a hilarious – sometimes scary – face-merge option and a ‘make-up’ effect that smoothes out blemishes. There’s also a bunch of filters to choose from.