There was a time, not too long ago, when the Desire name represented something entirely different for HTC. It signified the best Android phones that the Taiwanese company had to offer. Now the HTC One is the pinnacle and the Desire has been relegated to the affordable end of the market. The Desire 620, the 5-inch successor to the Desire 610, is the latest member of the mid-range family. 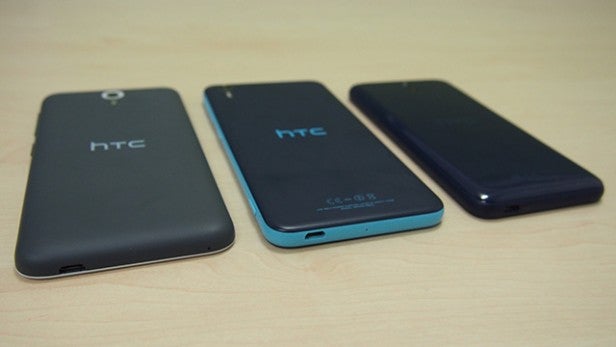 Several design changes have been made to make this big-screen phone easier to manage. The curved corners are more pronounced than the 610’s and it’s noticeably thinner at 9.6mm thick. The tacky, glossy back is gone, replaced by a matte back that clips away to reveal the Micro SIM and microSD card slot to expand the 8GB internal memory. The 2100mAh battery is bigger than the 2040mAh one nestled inside the 610. There’s a bigger screen to power this time, so the slight jump up comes as no surprise, although we’d be surprised if it makes enough of a difference.

Up front, the screen bezel is now thinner down the sides, and there’s a single row of new-look, front-facing speakers. The 5-inch Super LCD screen has a 720p HD resolution with a 294ppi pixel density, matching the Moto G2 for sharpness. It’s a big step up from the 610’s 960 x 540 display for resolution, clarity and colour accuracy. The last of the notable changes is HTC’s decision to move the volume rocker and standby button down on side of the phone to create a less cluttered design. If colours matter to you, then the two-tone design comes in grey/blue, white/grey and grey/orange, where grey dominates the overall look in each case. 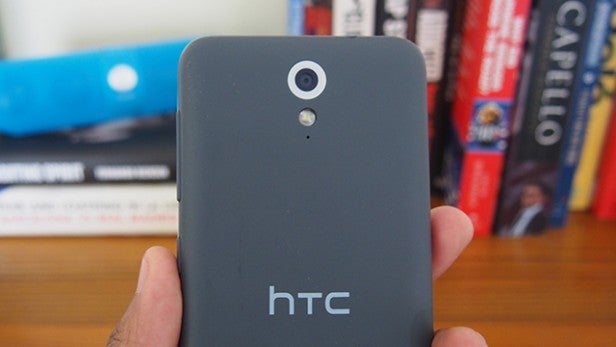 Running Android 4.4 KitKat with Sense 6 overlaid on top, the 620 is also powered by a new quad-core Snapdragon 410 processor. The successor to the Snapdragon 400 CPU is guaranteed to be the mainstay for mid-range phones from the likes of HTC, Sony and LG this year, bringing 32-bit and 64-bit support, as well as quick-charge technology. The 410 CPU is accompanied by an Adreno 306 GPU to take care of 3D gaming, and 1GB of RAM to handle multitasking.

In the camera department, there’s an 8-megapixel main camera with a 28mm lens and an LED flash. That’s the same setup as the 610’s, although things have changed up front with an improved 5-megapixel BSI sensor. Both cameras are equipped to record 1080p Full HD video. 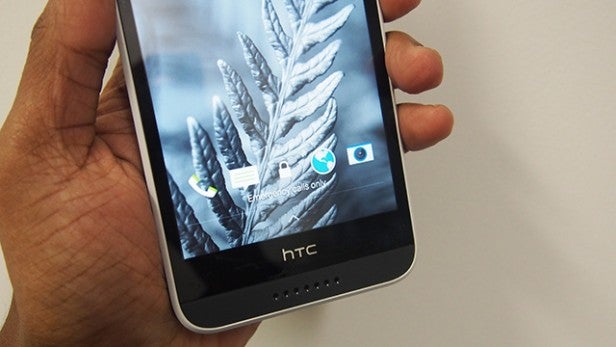 HTC has made the Desire 620 a more desirable mid-range phone than its predecessor. The jump up to a 5-inch screen isn’t something you really notice and, while spreading 720p HD across a bigger screen doesn’t always pay off, it’s a big improvement on the 610.

The problem here is that it still feels a little overpriced, especially when you compare it to the competition. There’s nothing that really stands out that would make you want to spend £30-40 more when you can get a Moto G 2 or Zenfone 5 for cheaper. If HTC manages to deliver battery life akin to the One M8’s or proves that the 410 processor is that much snappier than the 400, I’d be inclined to change my mind.