Having said it would extend its insanely short phone refresh cycle and stop releasing so many devices in 2012, HTC is doing the opposite and producing more phones than ever. Launched in May 2014, the HTC Desire 610 is its latest mid-range 4G phone, replacing the HTC Desire 601.

Since the arrival of the HTC Desire 620, the new head of HTC’s mid-range family, you can now get your hands on the HTC Desire 610 for as little as £150/ $135. The Motorola Moto G has raised the bar for budget smartphones and given they’ll cost you roughly the same amount the HTC Desire 610 needs to improve significantly on its predecessor if it’s to challenge Motorola’s superb bargain handset.

If you don’t like big phones then you’ll want to steer clear because the design is by no means delicate. The HTC Desire 610 comes in chunky two-tone plastic and is available in red, white or dark blue. The back is shiny and durable, resisting scratches pretty well, although we’ve noticed greasy fingerprints do tend to remain on the blue version we‘ve been testing. As we’d expect from a budget phone it doesn’t feel as premium as the plastic on higher-end models like the iPhone 5C or the higher-end Lumia phones, but it does feel very solid.

The sides and front use a matt plastic which provides extra grip, preventing the HTC Desire 610 from slipping through your fingers. The two-tone design also gives the handset a stylish charm.

Unfortunately a lot of this charm is dwarfed by the sheer size of the phone. Measuring in at a whopping 153.1 x 70.5 x 9.6mm, but not exactly tipping the scales at a respectable 143.5g, the Desire 610 is chunkier than it should be considering it’s packing a 4.7-inch screen and 2,040mAh battery. Putting that into context, it’s a full millimetre taller and 1.5mm thicker than the 5.1-inch Samsung Galaxy S5. 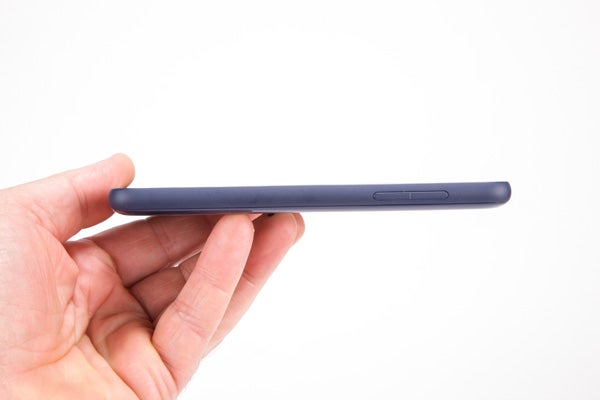 Much of the extra height comes from the chunky bezels and the inclusion of stereo speakers, one above the screen and one below. This helps with the stereo separation; we’ll go into more detail on that later. But in our eyes the 4mm bezels on the side of the screen age the design and make the HTC Desire 610 look less contemporary than it should – it’s clear that HTC focussed its major design efforts on the One M8.

Despite its size the Desire 610 is easy to hold. The soft rounded edges and good balance mean it’s not awkward to use for extended periods. It may not be the most delicate phone but the HTC Desire 610 is solidly built. From the tough plastic exterior to the robust nano-SIM and microSD slot cover, you won’t find any quality issues here. 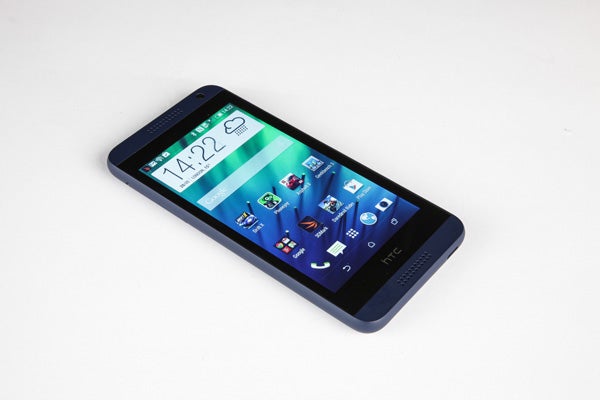 The 4.7-inch screen on the HTC Desire 610 has a resolution of 960 x 540 pixels. If you think that’s low for a screen of this size you’d be right. Thankfully, while the 236 pixels per inch density is not very high, colour accuracy is decent and so are viewing angles. Both videos and pictures look good and contrast is strong enough to let details become apparent even in dimly lit scenes. We’re particularly pleased that there’s no sign of oversaturated colours – a fad which seems to be afflicting an increasing number of phones and tablets over the last few years.

Brightness levels are not outstanding but are acceptable. Even on a surprisingly sunny London weekend the screen was visible enough at full brightness to be usable even, though the thin lines of the touch screen layer become visible at certain angles.

Yet there’s no getting away from the lack of sharpness. Although it’s apparent in video when compared to a 720p screen, it’s when looking at text that you’re more likely to notice it’s not quite as sharp as some phones that cost a fair bit less. Webpage text is sharp enough when zoomed out but has a faint fuzziness when zoomed in. It’s certainly not a showstopper, though, since all text can still be read comfortably.