Cheaper phones generally skimp a little on the camera, but on paper the HTC Desire 500’s camera specs are quite promising. It shoots at 8MP, which is adequate enough, but the impressive bit is it has f/2.0 aperture (the iPhone 5S is f/2.4 and the Nexus 5 f/2.5), which is better than some higher-end phones.

This is offset by the standard 1/3.2-inch sensor, which is the same size as the vast majority of smartphones. This isn’t a criticism, merely a reminder that the wide aperture isn’t a guarantee of superlative performance. 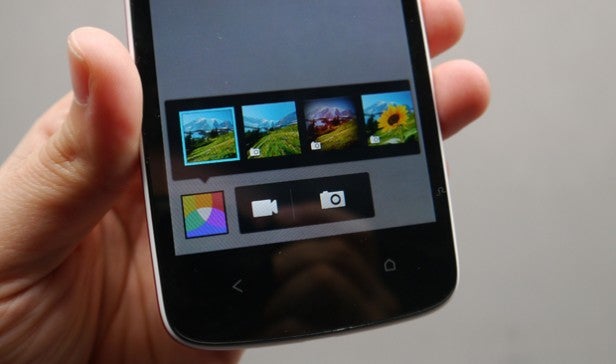 Things continue to look good when you look at the camera app and features on offer. It has an infinite burst mode, so you can hold the shutter down and keep shooting until the memory is full. This is useful for action shots and the phone will pick the best of the shots for you to use. It records video at 720p and you can take a photo while recording a video at the same time. There are numerous filters, too, all of which can be viewed ‘live’ so you can see what they’ll look like. 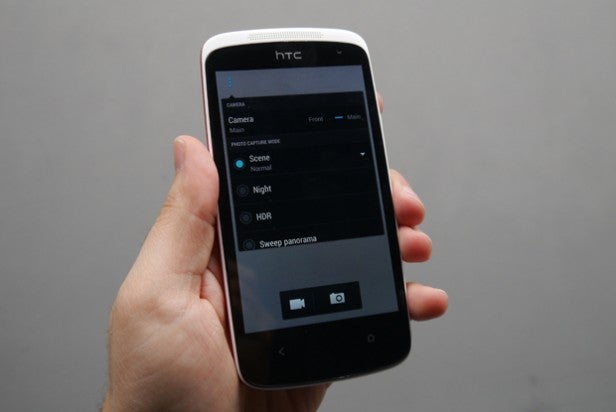 There’s sweep panorama as well, which is one of a few scene modes accessible via a small icon in the top left. There’s a decent selection, including a dedicated night mode, though we’d like a slightly easier way to access them as the icon is small and hard to reach when operating with one hand. Still, on the software side of things it’s a very nice experience.

It’s a fast experience, too. The Desire 500 focuses quickly and takes snaps with little shutter lag. It is, in other words, a proper mobile camera experience that’s ready for that impromptu moment.

The results are decent, too, but there are one or two caveats to remind you that this is still a mid-range phone. 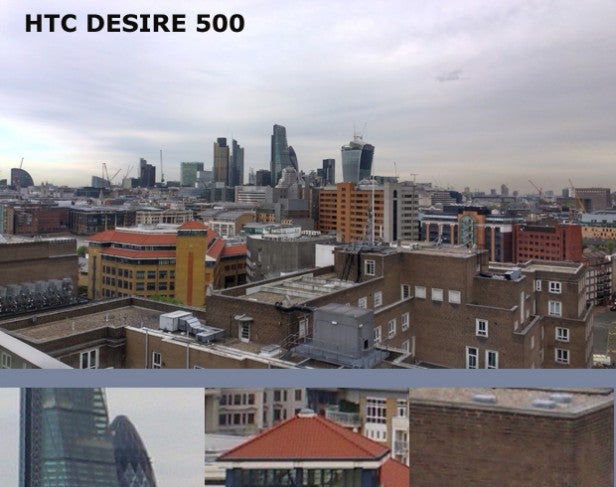 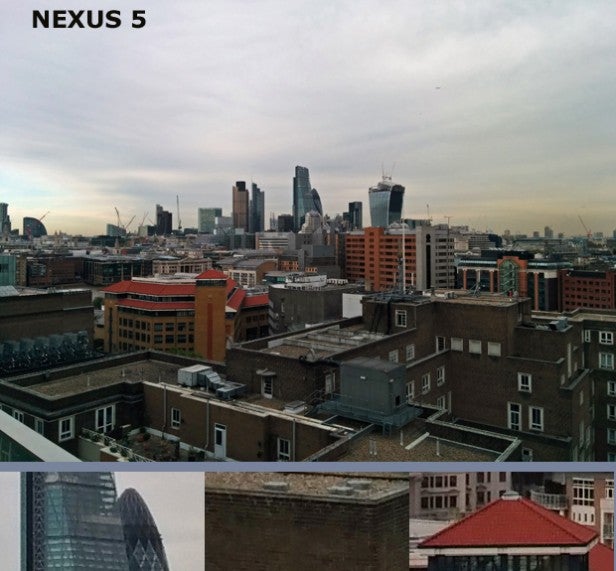 In our usual test shot of the City of London skyline, it handles the colours and contrast just fine, but the detail is a little off. In a 100 per cent crop it’s noticeably inferior to the Nexus 5, though this is by no means a major embarrassment given the difference in price. It’s a fine photo for a mobile, even if it struggles to resolve detail in places. 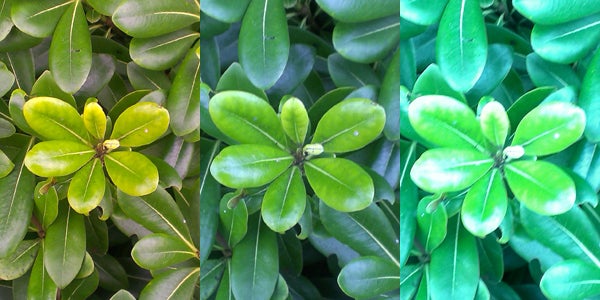 Of greater concern is the inconsistent exposure and white balance. We took the three close-up shots above in close succession (within minutes) in the same light, but with very different results. One is actually very good, one is slightly off and the other is… well it’s rubbish. This wasn’t a regular occurrence, but it’s a slightly alarming inconsistency that raises its unwelcome head every now and again.

Low light performance isn’t as impressive as the f/2.0 aperture suggests, either. With the flash enabled this shot is still rather murky, while the Nexus 5 produces a bright and clear shot. Without the flash the HTC didn’t produce any kind of shot in the same conditions, though this is quite an extreme example. 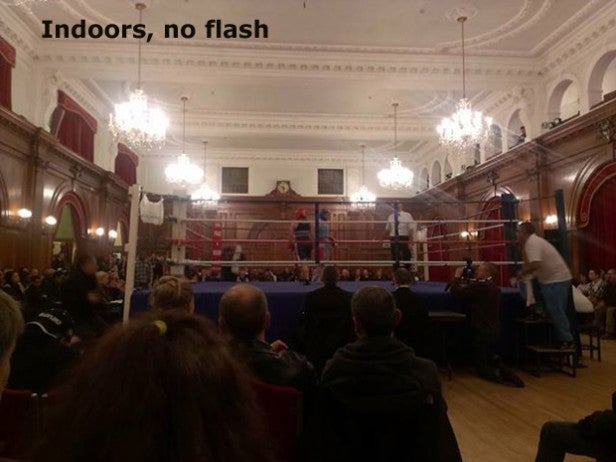 Above  is a more representative shot, showing that the Desire 500 struggled to deal with this indoor shot with bright overhead lights. 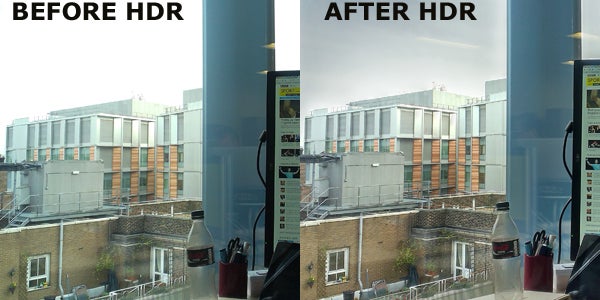 Finally, the HDR mode is decent, but does show a few signs of haloing around objects that you won’t see elsewhere.

We must stress, however, that the Desire 500 still performs well for a phone at this price. In decent conditions it takes good photos that anyone will be pleased with; only the most challenging conditions are too much for it.