The HTC Desire 500 is HTC’s new mid-range phone, available for around £200 SIM-free, £180 on pre-pay and from £17 or so a month on contract. It has a 4-inch screen, a decent overall spec and a design that far exceeds what we’re used to at this price.

On paper it’s a very promising phone, though like most mid-range phones it now has the formidable Nexus 5 to contend with, which – although £100 more – is a tempting alternative given it’s only £3 a month more on contract. Can the HTC compete?

We like the look of the HTC Desire 500. It comes in three flavours: all black, white with red trim and white with blue trim. Ours is the white and red variant, but each has its charm and the build quality and feel of the phone in the hand are very reassuring. It’s plastic, but it feels sturdier and pricier than the Samsung Galaxy S4, though we’re not sure if this reflects well on the HTC or badly on the Samsung. Probably the latter.

In any case, it’s a classy, svelte and light phone (just 123g) with no annoying protrusions or sharp corners. The only physical buttons are the power/hold button at the top and volume controls on the right. If we have a criticism of the Desire 500’s design it’s that the volume buttons are hard to locate by feel alone, but it’s not a serious problem and we rather like the way they’re integrated into the coloured trim, visually. 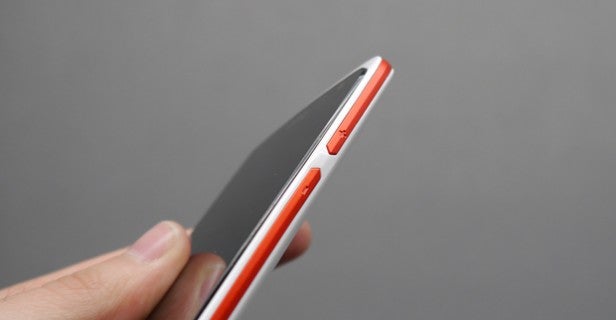 The only visible connection is the standard miniUSB charging port, but prise off the back and you’ll find a microSD card slot. It’s a necessity given there’s only 4GB onboard, of which just over 3GB is already accounted for before you install any apps.

Wireless connectivity is well catered for thanks to Wi-Fi (802.11n), GPS/AGPS, Bluetooth 4.0, the latter being an impressive addition at this price. There’s no space for NFC, but that’s hardly a dire omission. That it runs Android 4.1.2 means the Desire 500 is a little behind the times, though this shouldn’t put off the average buyer. 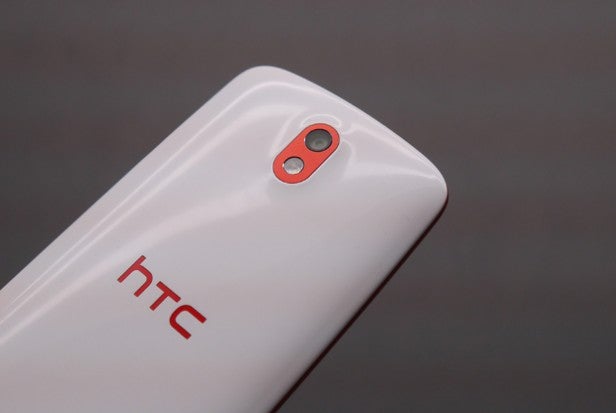 Neither should the screen, which is a decent effort. Its 800 x 480 resolution falls short of the pixel squeezing feats of the Samsung Galaxy S4 (440 ppi) or Nexus 5 (445 ppi), but the smaller 4.3-inch frame ensures a reasonable 217 pixels per inch (ppi). You’ll see a little fuzziness around text when viewed close-up, but held at a reasonable distance the HTC Desire 500’s screen looks good enough.

This is helped by the exceptional brightness and contrast for a phone at this price. The brightness is a particular highlight, no doubt due to the use of an LCD screen as opposed to the AMOLED type seen on some high-end phones. This peak brightness really helps when outdoors, where the Desire 500’s screen is easier to use than many cheap phones. 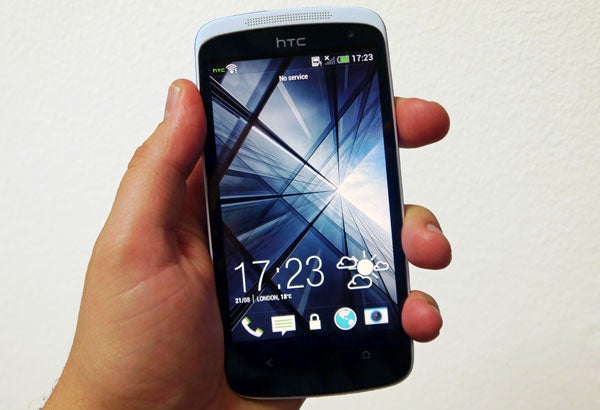 Colour and contrast, meanwhile, don’t reach the heights of an AMOLED screen, but are very good for a phone at this price. You’ll have no complaints when viewing photos or watching videos.