The HTC Desire 310’s camera is a real mixed bag. Looking at the specs you wouldn’t expect much. It has a 5-megapixel rear sensor, no flash and a basic VGA front camera.

Its no superstar, but some elements are better than much of the competition. The most obvious is speed.

While the front camera is shutter lag-tastic, the HTC Desire 310’s main camera is very fast indeed. There’s even a ‘zero shutter delay’ mode that makes shooting even faster. It makes other £100 phones like the Lumia 630 and Motorola Moto G look positively slovenly.

Speed matters too – it’s what makes shooting with a mobile phone so much fun. 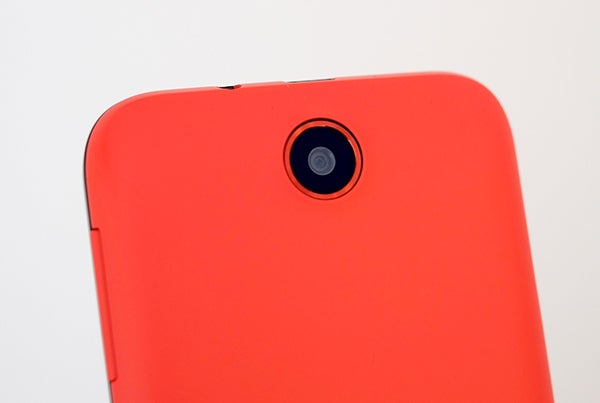 In other respects, the HTC Desire 310 camera is very limited, though. As already mentioned, there’s no flash, and no autofocus. Part of the reason why the phone is so quick is that it does not focus – the lens’s focusing is constant, fixed.

This is sadly common among sub-£100 mobiles, but it’s disappointing to see it in an otherwise-OK-ish camera phone that costs more than £100. A fixed focus makes it impossible to take pictures of anything too close up – you’ll need to be around a metre away (rather than about 10cm in most autofocus phones).

Image quality is not great either, but the HTC Desire 310 is actually significantly better than many at this level. Processing doesn’t leave shots looking weirdly ‘painted’, dynamic range is better than some and while lower-light shots are predictably noisy, photos hold onto their composure much better than, for example, the Sony Xperia E1.

Here are a few samples: 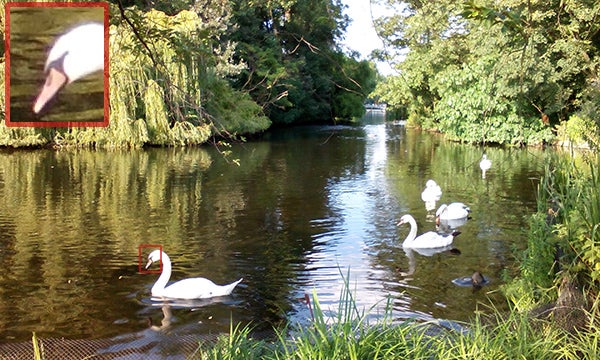 The camera isn’t super-sharp, but there is an OK amount of detail on offer in good lighting. Note that the swans are overexposed, though. 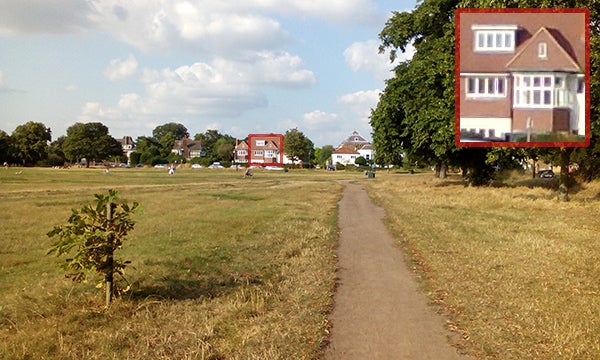 Again, detail is good and the exposure is more even here. There’s obvious purple fringing, though. 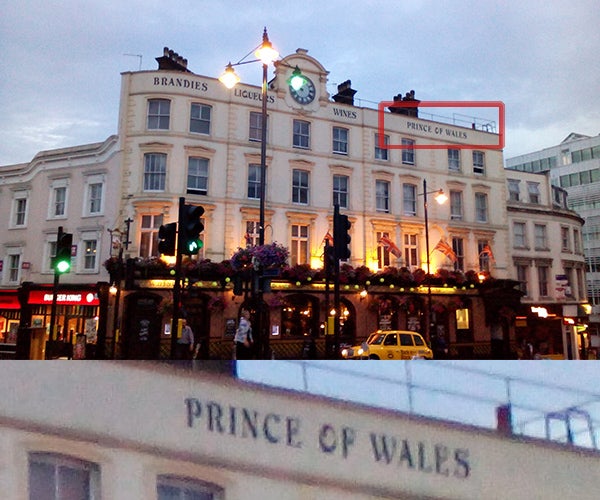 Lower-light photos are much grainier, but as long as you stick to dusk rather than night, you can produce some usable results. Note how the Desire 310’s shots have quite a nice warm tone. 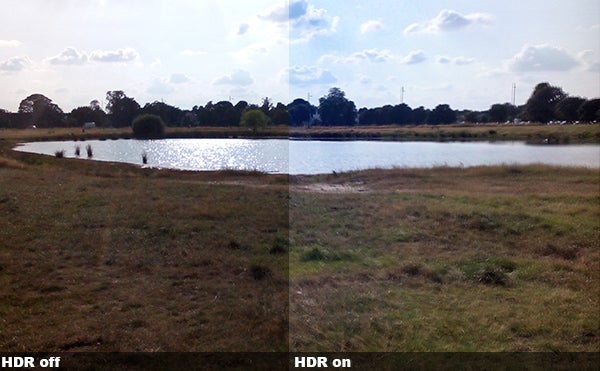 Here’s the HDR mode in action. It’s not great, but is still handy. 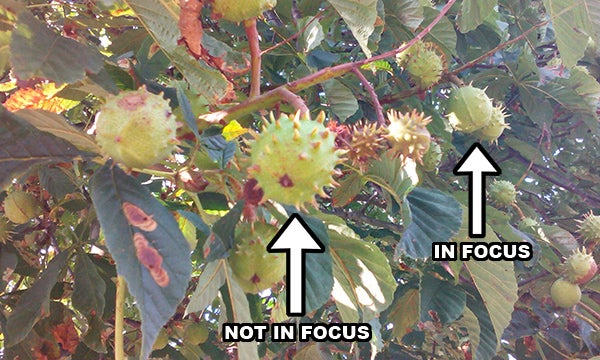 Here’s how the fixed focus limits your shooting. Close-ups are not possible.

The camera app is one part that the Desire 310 doesn’t share with the HTC One M8, though. Here you get a pretty basic affair with HDR and panorama modes, but no extra fun filters or more creative modes.

It’s all about speed here. And it’s something, but not enough really.

Given the relatively low-res photos, you might be surprised to hear that the Desire 310 can capture video at up to 1080p resolution (using the 3gp format). Don’t get too excited, though, the actual level of detail captured is not a patch on that of more expensive phones – it looks as though it has been upscaled to 1080p.

The HTC Desire 310 has a 2,000mAh battery that you have easy access to – just pop off the back and it’s there. Battery performance is decent too.

What the HTC Desire 310 is good at is holding onto its charge when you’re not using it. Overnight the battery level barely drops at all, and it’s the same when the phone is idling in your pocket. 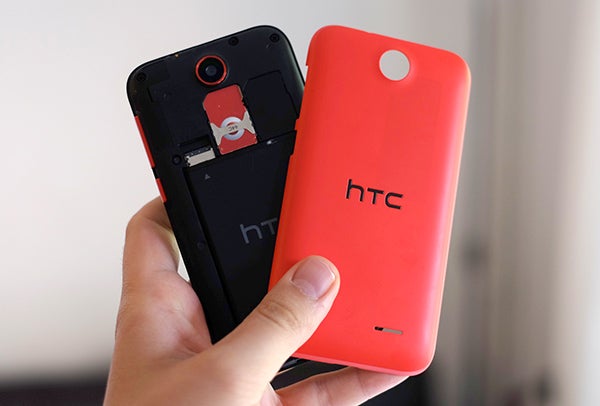 However, it’s not quite so good when the phone’s actually doing something more taxing. Browsing will kill the phone in about five hours, streaming from Spotify with the screen off ate almost 20 per cent charge in about an hour, but you can get around eight hours 20 minutes of video playback off a charge: 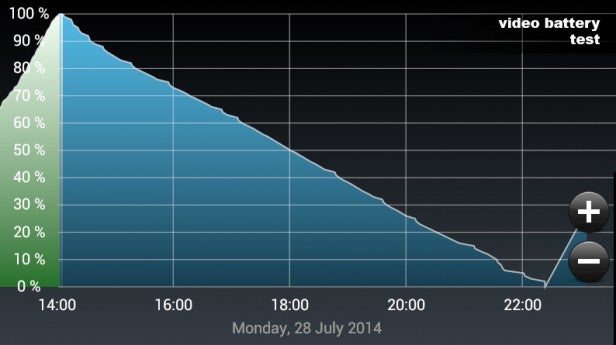 With a bit of careful use you can get a good day and a half’s use, thanks to the efficient standby mode. It’s roughly on-par with something like the Motorola Moto E.

However, there are also no advanced power-saving modes in the settings menu. In other phones these do things like restricting data access while the phone’s in standby. Here you’ll have to do anything like that manually, and flicking data on and off continually is not much fun.

The HTC Desire 310 predictably lacks a lot of the whizz-bang extras seen in HTC’s more expensive phones, and it doesn’t have the stereo BoomSound speakers we loved so much in the HTC One M8 and HTC One Mini 2.

Instead, you get a much more traditional rear mono speaker. It’s not harsh-sounding, but doesn’t really elevate itself to high above the generally-rubbish mobile norm either. Top volume isn’t too great and there is, as usual, zero bass. It’s good for listening to a tune while you’re waiting for the kettle to boil, but that’s about it.

Call quality is better, though. The call speaker has a nice warm tone, with more body than most phones in this entry-level class. We could still do with a bit more top volume, but this is generally the case. Maybe we’re just getting on a bit.

The HTC Desire 310 is not a 4G phone. Its mobile internet tops out at HSPA 3G. A few months ago we’d have thought this was almost too obvious to state, but we’re starting to see super-cheap 4G phones pop up, like the Alcatel One Touch Pop S3 and EE Kestrel. With the 4G version of the Motorola Moto G available for just a few tens of pounds more, some of you might want to consider investing in this sort of future-proofing.

There are also a few little extra connectivity bits missing, such as NFC and an IR transmitter. But then they are never usually seen in phones of this class anyway. 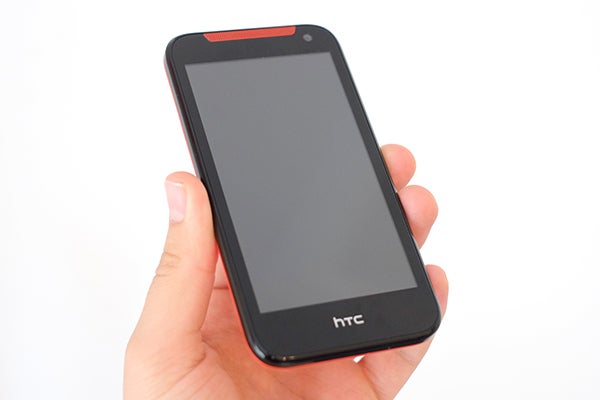 The HTC Desire 310 is a bit of a missed opportunity. Instead of establishing HTC’s position among the more exciting budget phone makers – just as some budget phones are kicking things up a notch – the phone only makes half of the improvements we’re looking for.

Using Gorilla Glass and paying at least some attention to design are positive steps, but the bog-standard LCD display and fixed-focus camera just don’t cut it in this post-Moto-G world – not when you’re asking for over £100 for the privilege.

However we can’t forget that the budget Motorolas are true outliers at this point – no big-name phone can touch them for value, you need to head to an ‘own brand’ phone like the EE Kestrel to get close elsewhere. Sony and Samsung offer nothing as competitive, either. If you must have a phone from the ‘big three’ phone-makers, we think the Sony Xperia M2 is worth the extra outlay. However, it’s the Moto G that really knocks the HTC Desire 310 out cold.

The HTC Desire 310 has good software and offers decent performance at the price. However, the camera and screen are weak points, and as they’re both pretty important, this is not going to be remembered as an HTC classic.