It’s been a great year for HTC. Its HTC Vive virtual reality headset was a hit – and picked up the prestigious Product of the Year gong at the TrustedReviews awards – and the HTC 10 was a return to smartphone form.

But I am less enthused about the new HTC 10 Evo, which is a phone that doesn’t seem to have a point. I’ve been trying to work out who this phone is for, and I’m still not quite sure. It feels like an amalgamation of spare parts left lying around an HTC factory. It’s not necessarily a bad phone, but probably one that doesn’t need to exist.

The HTC 10 Evo isn’t a budget phone, and I was repeatedly told it’s not a successor to the fantastic HTC 10 (even though the Evo moniker stands for ‘evolution’). It sits in the ‘tricky to categorise £450-£500 mark’, making it only just cheaper than the HTC 10.

Video: What’s the best phone you can buy right now?

The Evo has that same metal unibody as the HTC 10, but the back is now flat and, thanks to the 5.5-inch screen, it’s much bigger. Getting rid of the subtle curve makes it much harder to hold, and the Evo feels so much tougher to grip than it should. It’s no bigger than a Google Pixel XL, but the sharp chamfers on the sides are so steep that I find it tough to handle and slightly uncomfortable. 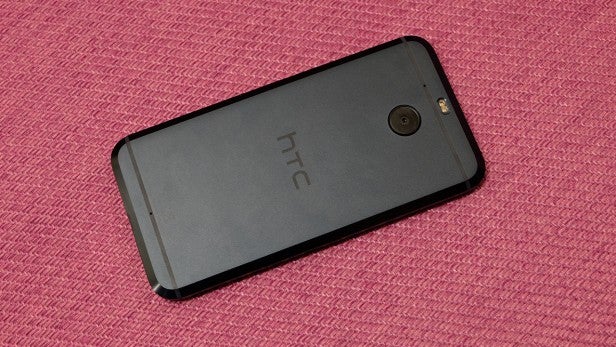 It still looks good, but I don’t understand HTC’s need to recycle the same design over and over again. It takes something away from HTC 10 having this sit beside it. The antenna lines are well hidden, but look much nicer on the black model, and there’s a sleek capacitive home button that has a fingerprint sensor inside. I prefer these ‘buttons-that-aren’t-really-buttons’ like the iPhone 7, as they tend to be easier to press.

A sure to be controversial design point here is the removal of the headphone jack. It’s been done before, and it’ll be done again, but there doesn’t seem to much a reason for it to be done here. It’s not stupidly thin like the Moto Z and while it is IP57 rated for water-resistance, its still not as tough as the iPhone 7 and can only be submerged in 1m of water.

I was told the main reason was to push people towards USB-C headphones, a pair of which come in the box, but it just seems a bit odd. The biggest misstep is not including a 3.5mm headphone jack dongle in the box, so you’ll have to shell out more if you want to use an older pair of headphones. 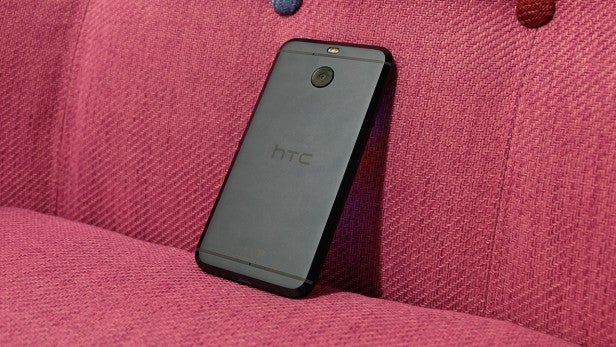 To be fair, the included USB-C headphones are good, but they’re the in-ear variety and as such probably won’t be for everyone. They have good bass response, decent volume and plenty of detail but they become uncomfortable after a while.

The Evo’s 5.5-inch, quad-HD, LCD screen panel is accurate and detailed but it’s not stunning. LCD panels don’t quite have the same punch as their AMOLED rivals, with reds and oranges especially looking slightly dull. I still prefer LCDs for their accuracy, especially when scrolling through pictures and watching videos though. 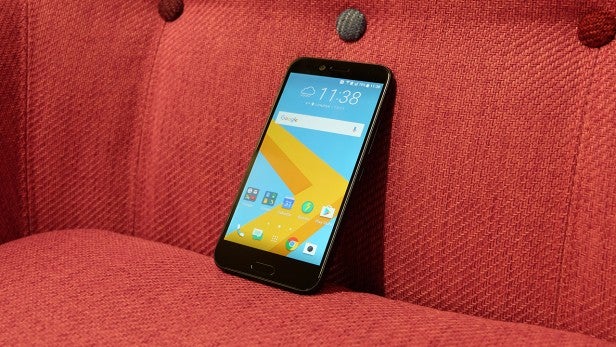 Viewing angles are better than the HTC 10, and the Evo screen doesn’t suffer with strange banding. This is when you tilt the phone to the side and colours visibly shake and appear jilted.

Brightness isn’t quite as strong as flagship phones, and I tend to need to keep it about 80% rather than 50-60%. But that’s far from a deal breaker.

HTC has, for some reason, stuck the rightfully maligned Snapdragon 810 CPU inside this phone.

The 810’s the same chipset that basically made the HTC One M9 and so many other phones unusable due to overheating. An HTC rep told me it has worked hard on the thermodynamics here, but it still gets noticeably warm during charging and even more so when playing demanding games. It’s nowhere near as bad as it was in previous phones, but the problem is still there.

Performance is fine, but it’s not quite what I would expect for the price. App crashes are fairly frequent and games like Asphalt 8 and Real Racing take a while to get going, and then suffer from lots of dropped frames.

If you’re not gaming though, you’ll have no issues. There’s plenty of power for emailing, browsing in Chrome and messaging and the like. I would have much preferred HTC use either a Snapdragon 820 (apparently it didn’t do this as it would it too similar to the HTC 10) or the much more efficient and still pretty powerful Snapdragon 625. 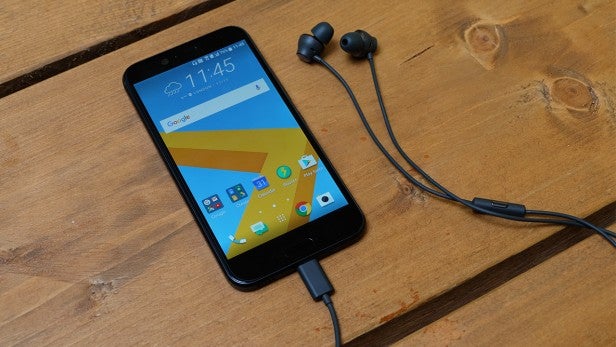 There’s 3GB RAM too – 4GB seems to be the norm now at this price – and 32GB storage. If you need more storage, there’s a microSD slot to bump it up further.

In our usual suite of benchmarking tests, the HTC 10 Evo performed like a phone running a near two year old processor. The score of 3,305 in Geekbench 4’s multi-core test is similar to the Samsung Galaxy Note 4‘s and the single-core result of 1,072 is only marginally higher than the OnePlus 2’s.

Audio is always key to HTC’s phone and once again it has done a good job. The speakers are no longer front-firing, but they’re bass heavy and very loud and the audio from both wired and wireless headphones is very good. There’s support for High-Res audio – both listening and recording – and the noise-cancelling microphones make for a great experience when you actually call someone.