The Spectre x2 uses a Core i5-4202Y, which is a chip specifically designed for tablets. The Y-series parts are designed to save power, which means they’ve got a tiny TDP of 11.5W – less than the 15W required by low-power U-series chips usually installed inside Ultrabooks and hybrids.

The tablet-specific silicon does mean performance compromises. The i5-4202Y’s 1.6GHz clock speed is reasonable, but its Turbo Boost peak of 2GHz is low – U-series chips typically add at least 1GHz to their base speed. 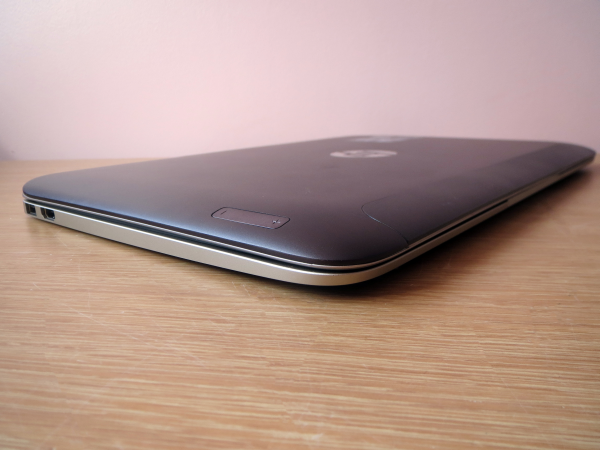 The Spectre x2’s PC Mark 7 result of 4,023 is slower than its three rivals, and its Geekbench score of 3,859 isn’t too good – although, surprisingly, it’s better than the Spectre Ultrabook. Those scores aren’t impressive, but we didn’t notice slowdown when we used the HP – it was consistently smooth and responsive.

HP’s hybrid followed a similar pattern in gaming tests. In 3D Mark’s Ice Storm benchmark the x2 scored 32,232, which is outpaced by the Lenovo hybrid and the other HP machine. That means top-end games are out of the question – you’ll be restricted to casual games or older titles.

The 128GB SSD, made by LiteOn, scored 491MB/s and 301MB/s in our sequential read and write results. That’s reasonable pace, but the latter figure is more than 100MB/s slower than the Spectre 13, and the Apple MacBook Air is faster still. 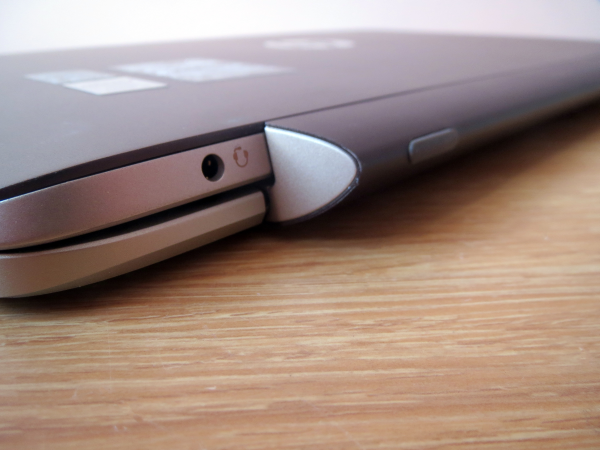 The HP has one of the most frugal processors around, and the Y-series part helped the Spectre x2 deliver one of the best thermal performances we’ve seen for some time.

When idling and doing light work, the x2 was essentially silent, and the CPU’s idle temperature of 29°C is positively chilly. Impressively, the HP remained silent when we ran stress-tests, with no sound escaping from behind the screen even with our ears pushed up to the case.

The processor’s stress-tested top temperature of 64°C is great, and that heat is effectively dissipated. The back of the screen became luke-warm, and the lack of components in the base meant that it stayed ice cold throughout. 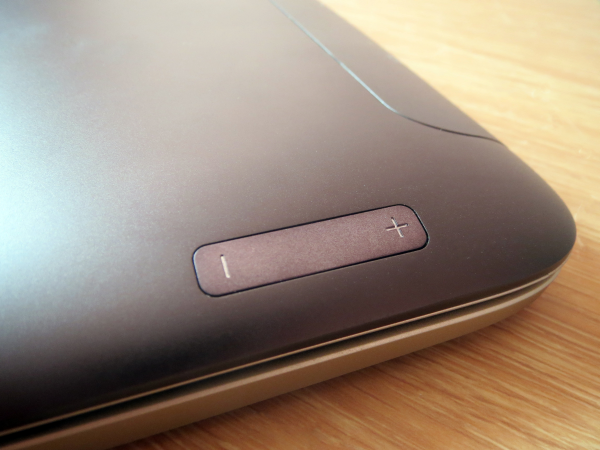 Two batteries sounds great, but neither power pack is particularly big. The unit in the tablet is a three-cell power pack rated for 33Whr, and that’s backed up by a two-cell, 18Whr battery in the base. Combined, that’s 51Whr – the same as the Spectre laptop.

Our standard battery test sets the screen at 40% brightness and runs web browsing and video chat workloads. In this benchmark, the x2 lasted for eight hours and 12 minutes, and the tablet portion lasted for five hours and three minutes in the same test.

That combined result is good, but not as lengthy as rivals. The standard Spectre lasted an additional two hours, and the Sony VAIO Duo also excelled with a ten-hour lifespan. At least the x2 outpaced the Lenovo, which could only manage six and a half hours.

We turned the screen to 100% and ran a tougher benchmark – this time, it simulated web browsing, video chat, word processing and gaming – with the screen at 100% brightness and High Performance mode activated. In this test, and with both power packs used, the Spectre lasted for just over four hours.

At least the empty battery was quickly filled. After thirty minutes of charging the tablet’s power pack was 43% charged. That’s a good result, and it gives just over two hours of use before it’s empty again.

Used as our main laptop for the review period
Tested for at least a week
Used consistent benchmarks for fair comparisons with other laptops
Reviewed using respected industry benchmarks and real world use
Previous
HP Spectre 13 x2 Review Next
Keyboard, Trackpad, Software and Verdict Review