The x2’s keyboard borrows its design from its laptop stablemate, and that’s no bad thing. It’s a Scrabble-tile unit with large, silver keys, and the strong aluminium means there’s no irritating give in the base.

The keys have as much travel as those on competitors – so, not much – but they’re pleasant to use: light enough for quick typing, and with a consistent action that helps keep mistakes to a minimum. The keys aren’t quite as sturdy as those on rivals, though; while HP’s typing action is good, the Lenovo’s is better. 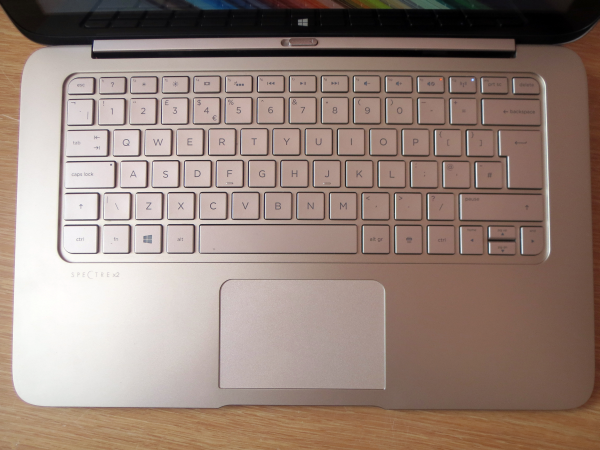 We’re glad that HP hasn’t borrowed the odd trackpad from the Spectre laptop for the x2 – that unit suffered because of its awkward, underutilised “Control Zones”.

They’re gone from the x2, but the conventional trackpad used here isn’t without issues. It’s a tad too small, and the surface occasionally failed to register our touches. The buttons are built in to the surface, and they need to be pushed down too far to register clicks – it’s a small thing, but it’s irritating when compared to the light, responsive buttons on competitors. 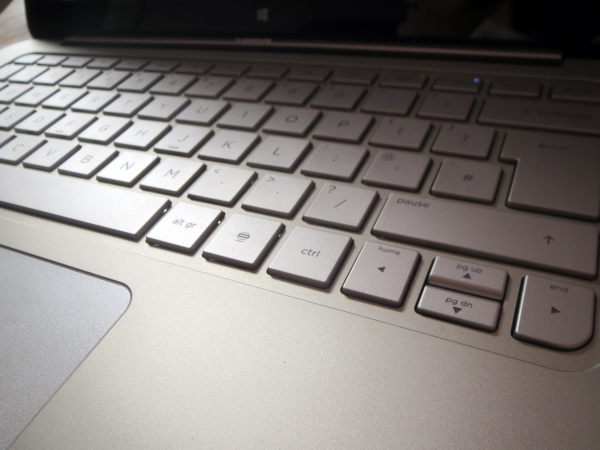 As usual, the x2 is saddled with plenty of unwelcome software that we’d uninstall as soon as possible. We uninstalled McAfee LiveSafe quickly as its constant prompting for action became irritating, and we’ve little interest in keeping CyberLink’s software.

Good news comes in the form of Adobe Photoshop Lightroom 5, which is worth £70 but is included for free here. 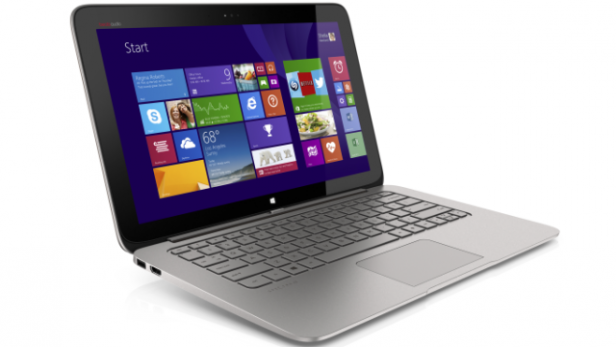 Every significant company that produces Windows Ultrabooks has tried its hand a Windows hybrid, and none have succeeded. Every device so far has involved compromise with one or both of those form factors.

That’s no different here. The Spectre x2 is thicker and heavier than Ultrabooks, and the top-heavy design has an impact: prodding or adjusting the screen can tip the unit backwards, and it’s awkward to carry around. In tablet mode the x2’s weight, thickness and 13.3in screen means it’s difficult to use the HP in one hand.

Under the hood, the x2 isn’t as powerful as its rivals, and its battery doesn’t last as long as some key competitors.

These deficiencies are disappointing, because the x2’s design and build quality are excellent, and the 1080p screen is impressive. The keyboard is pretty good, too.

The x2 is one of the better premium hybrids, but we’d still advise you to look elsewhere unless you’re dead-set on getting ‘two’ for the price of one. The Spectre Ultrabook also costs £999, and it’s lighter, slimmer, faster and with a better battery – and, if you need a tablet, dedicated Windows, iOS and Android devices are almost always much cheaper, and can be augmented with accessories.

The HP Spectre 13 x2 is good-looking, sturdy and has an excellent screen, but like many hybrids there are too many compromises to recommend it comfortably.

Next, read our round-up of the best Windows 8 laptops or delve into our latest laptop reviews for more options.