The latest hybrid to arrive at Trusted Reviews is the HP Spectre 13 x2, and both its name and design should be familiar. It’s a revised version of the Spectre 13, but this time it’s been split through the middle, so the 13.3-inch screen can be removed and used as a tablet.

The new design means that the components are now soldered behind the screen, and HP has also found room for two batteries – one in each half. Despite that, the price hasn’t increased; like the standard Ultrabook, the Spectre 13 x2 costs £999. 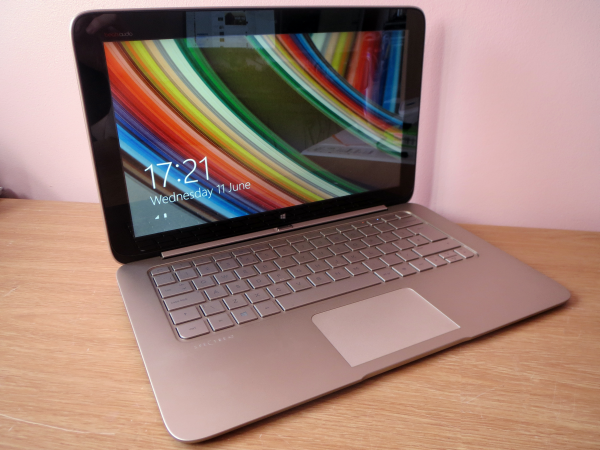 This new Spectre follows in the footsteps of its Ultrabook stablemate, and that’s no bad thing. It’s made from machined aluminium, and shares the eye-catching ‘Champagne Gold’ and ‘Truffle brown’ colours with the standard Spectre – a decision that helps the x2 stand out. The metal has been milled with pleasing precision, and the hinge works as a small stand when the Spectre is open, which tilts the keyboard forward at a comfortable angle.

The premium colours and design are welcome distractions, because the x2 doesn’t push the envelope in other departments. Its aluminium base tapers to a narrow front edge seen on almost all high-end ultraportables, and the clean lines and simple curves look good – but they’re reminiscent of the Apple MacBook Air and its host of imitators.

It’s a stout bit of kit, too. There’s no give in the slim metal base, and HP has made the screen just as strong – a good call, as it houses almost every component. 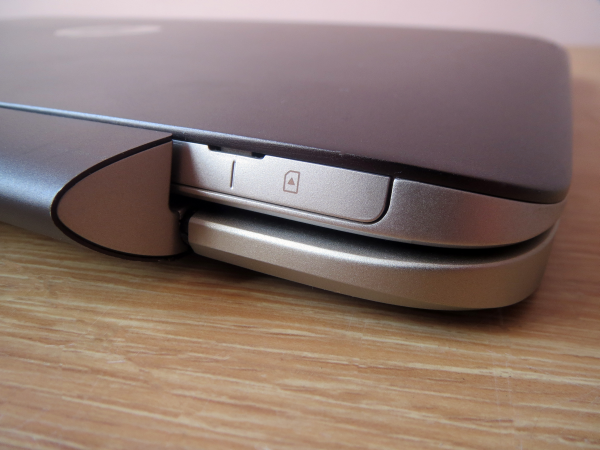 Housing components behind the screen has its downsides. The top unit weighs 0.99kg and is 11mm thick, while the base weighs 1kg and is just 8mm from top to bottom. That makes the Spectre feel top-heavy, which is a problem when using the system as a laptop – adjusting the screen’s angle or gently prodding the panel is enough to lift the base away from a table. Pick the x2 up by its base and the unit tilts backwards.

Tablet mode is similarly compromised. The weight and thickness combine with the 13.3-inch screen to ensure that the Spectre can’t be used comfortably in one hand, which restricts usage.

Those measurements add up to a total weight and thickness of 1.99kg and 19cm. Neither figure is particularly impressive: one millimetre thicker and 600g heavier than the standard Spectre, which itself is average size for Ultrabooks. The Spectre 13 x2 still works as an effective notebook, but there’s no denying the irritation caused by the top-heavy design – and they also mean that the standard Spectre is a better bet for pure laptop usage.

Connectivity is reasonable. Each edge houses a USB 3 port, and the base also has an HDMI output and headphone jack, with the power button and a volume rocker on the back of the screen. On the inside, there’s a two-aerial dual-band 802.11ac Wi-Fi chip and Bluetooth 4.0. There’s also a SIM card slot, and HP says a SIM is included, although you’ll have to pay for data. 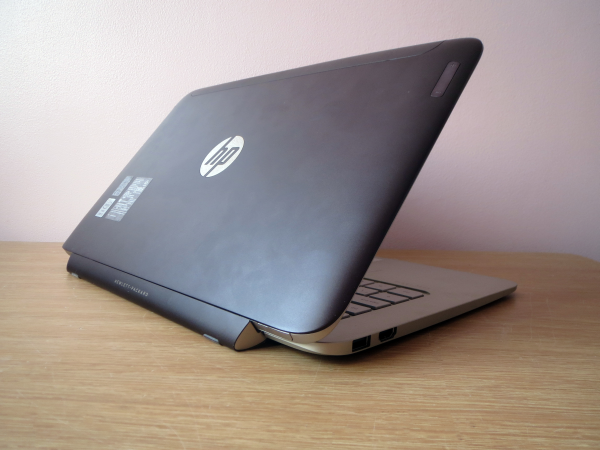 The x2’s 1,920 x 1,080 IPS screen matches the Spectre Ultrabook, and we applaud that decision. It means that the x2 doesn’t suffer with the scaling issues caused by high-resolution panels – a problem that afflicted the 3,200 x 1,800 screen on the Lenovo. The only issue you may face is a little blurring, which is caused by HP’s insistence on scaling up some of Windows 8’s features. It’s easily fixed in the control panel.

We loved the original Spectre’s panel, and the high quality continues on the x2. The hybrid’s measured brightness level of 422 nits is fantastic, and it beats the 314 nits from HP’s Ultrabook – and it’s also more than the Lenovo or Sony systems. This latest HP also has better sRGB gamut coverage than its rivals, with a 90% level the best we’ve seen from any hybrid.

The x2’s contrast level of 981:1 outstrips the HP and Lenovo machines, and isn’t far behind the Sony’s 1,122:1. The average Delta E of 1.74 is excellent, too – better than every machine we’ve mentioned here. 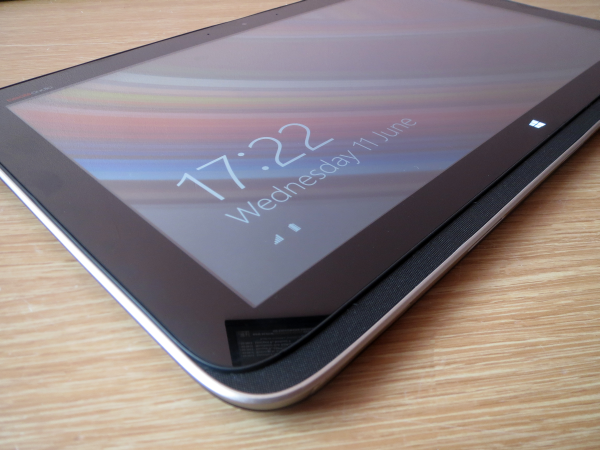 HP’s hybrid only fails in a couple of areas. Its black level of 0.43 nits is better than Lenovo but can’t match the Spectre laptop, and it means that dark shades aren’t as deep. The measured colour temperature of 7,088K is and on the cool (bluish) side, too, but overall the screen has better colours and contrast than many laptops in this class, particularly the slightly lacklustre screen on the 2014 Apple MacBook Air 13-inch. This makes it a great hybrid for enjoying films and general work – it’s even good enough for a little photo editing.

It’s the brightness level that’s the real star – it’s retina-searing, and a clear indication that this machine has been designed with outdoor use in mind. It’s worth pointing out that the standard Spectre’s screen is more that bright enough, though, and more balanced because of its better colour temperature and black level.

The Spectre has Beats speakers, and the familiar brand delivered familiar, disappointing sound. There’s no real bass to speak of, and the rest of the range was hampered by the tinny top-end. These insipid speakers are nothing more than a last resort, and we wouldn’t want to use them to listen to music or watch films.