What is the HP Slatebook x2?

The HP Slatebook x2 is a Wi-Fi only Android tablet that comes with a keyboard dock to turn itself into a 10.1-inch laptop, boosting the overall battery life in the process. It’s similar to the like of the Asus Transformer Pad TF701T and a raft of Windows 8 convertibles like the Microsoft Surface Pro 2, though it has a few issues in comparison to the very best hybrid tablets available.

GUIDE: Tablet Buyer’s Guide: all you need to know 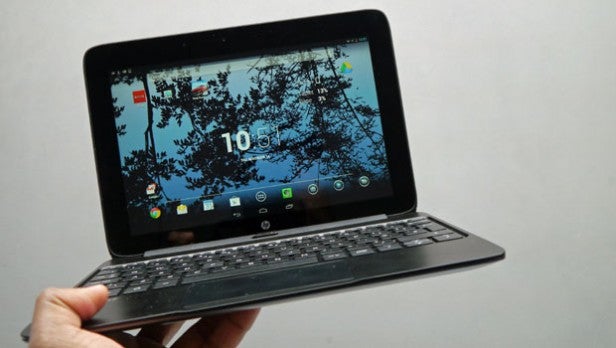 Compared to the steely, aluminium Asus Transformer Pad Tf701T, the HP Slatebook X2 is a far more reserved, business-like affair. It’s plain grey matte plastic body and curvy chassis is pretty uninspiring to look at, but it’s by no means cheap and feels robust and solid enough to withstand the rigours of carrying it around in a bag all day.

It’s not especially light tablet, not by recent standards anyway. The tablet and keyboard dock together weighs in at 1.3kg, making it heavier than the Surface Pro 2 (907g) and the Transformer Pad TF701T (1.1kg). The tablet on its own weighs 630g, making it a considerably heavier prospect than the iPad Air (469g).

Hidden inside a bag, the extra bulk is less of an issue, but it’s more noticeable when you are carrying it in your hand where the strain can begin to show if you are using it for long periods of time. It’s also worth mentioning that it comes with a power brick charger, so there’s no USB charging here and eats away into some of its portable appeal.

The tablet itself measures in at 9.5.mm thick around the top and sides, which gives the Slatebook x2 a reasonably slimline profile. This is clearly helped by HP’s decision to mould the volume rocker and on/off buttons into the back of the tablet. It’s not exactly LG G2 buttons on the back of a phone, but you do on occasions have to scramble your fingers around to locate them. 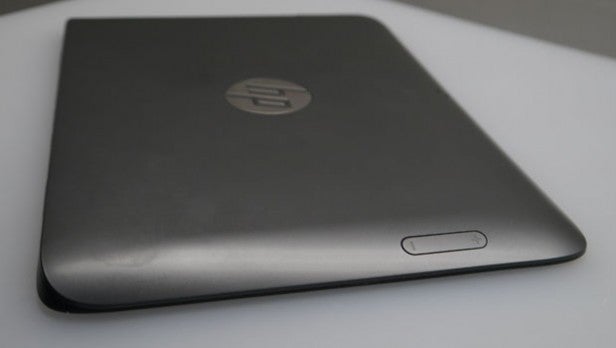 All of the ports are hidden below where the two dock hinges lie giving you access to an SD card slot, proprietary charging port and a headphone/microphone jack. Elsewhere, there’s two speakers on the bottom edge of the tablet while up top is the WLAN antenna, 720p front-facing camera and webcam light.

The tablet clips into the keyboard via the docking port and two further connections to keep it steady and secure. There’s a small latch at the front of the keyboard dock to snap it in and out-of-place. Here you’ll find a not quite full-size chiclet-style keyboard with a multi-touch clickpad to give you a netbook-style typing experience. To make it more Android-friendly, some tablet-centric keys are thrown into the mix, including a Homescreen shortcut, volume control, Wi-Fi toggle and a screengrab button. 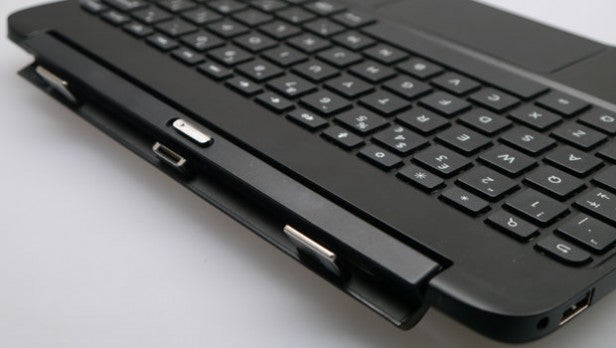 Initially typing is on the cramped side and it does take some time adjusting to the reduced layout. The keys do offer decent travel, making it great for quick typists, but you can hit the odd wrong key in the process. Equally, the clickpad is useful for navigating homescreens and browsing the web. It also handles gestures like pinch and zoom well and is a nice alternative to swiping your fingers across the screen. There’s more ports and connections to be found, including another proprietary charging port, USB 2.0 and HDMI connections to hook up to a TV or plug in additional accessories like a mouse.

As a laptop, it sits nicely on a table and has rests on the bottom to raise it slightly. The hinge also props the screen up and can be pushed back to offer a good range of viewing angles. On the lap, the smooth plastic body sits nicely and shouldn’t slip from your grasp making sure it passes the crucial ‘does it sit on my lap’ test.

ROUNDUP: 10 best tablets you can buy 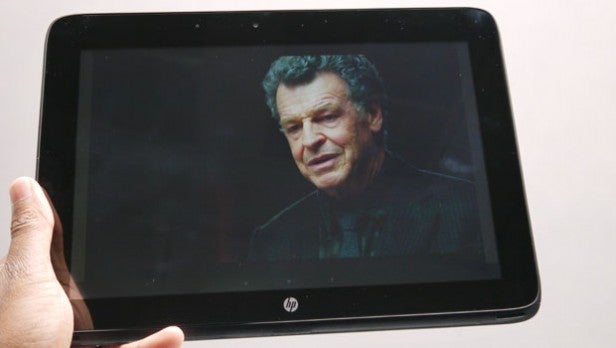 It also uses IPS display technology to improve viewing angles and using
it outdoors in bright sunlight, or at least that’s the theory. The reality, however, is a little different. The screen looks fine when viewed from the front, but there’s a noticeable loss of contrast when viewed from the sides. This isn’t a critical flaw, but it is a minor black mark.

What’s more of a concern is the screen is very dim even at maximum brightness level. It’s perfectly suitable for watching video and gaming indoors, but the Slatebook x2 is hard to use outdoors and the screen lacks the punch and verve we’re used to seeing from tablets.