HP’s primary business is in desktop PCs and laptops. But it makes tablets too, and in a market that’s becoming ever more congested HP has launched the HP Slate 7 Voicetab and Slate 6 Voicetab. They are fairly low cost phone-tablet hybrids.

Aside from a 1-inch screen size difference they are almost identical, but I’ll be focusing on the Slate 7 Voicetab as this one has already been confirmed for the UK. At £199 it has the Nexus 7 to contend with, but this tablet also works as a phone. 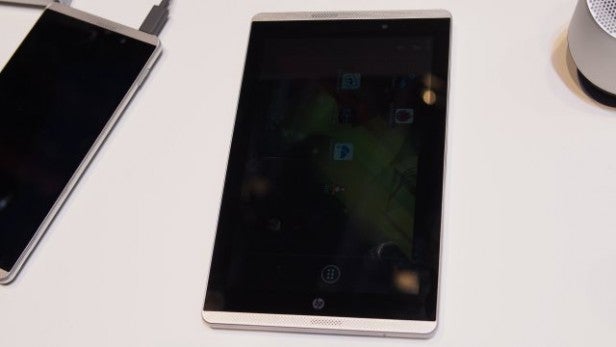 From a glance the HP Slate 7 Voicetab looks metallic. It is actually plastic, but feels robust. There are some small areas where the joins aren’t quite as tight as they could be, but I’ve seen much worse from pre-production models and these small issues should be resolved before it hits shelves. 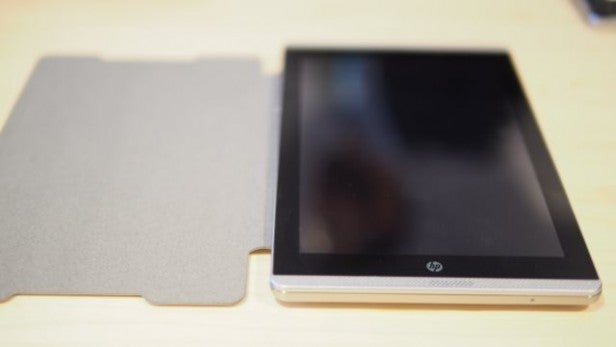 The HP Slate 7 Voicetab is light and reasonably compact for a 7-inch tablet. It doesn’t have as much blank space above and below the screen as the Nexus 7, even though it has stereo front-facing speakers. It is also significantly slimmer than the bulgy Tesco Hudl – HP has managed to craft a classy-looking tablet. However, it is not the thinnest tablet out there at 9.5mm thick.

The tablet has a removable backplate, which hides a microSD slot and dual SIM slots – one micro and one full-size. These SIM slots let the HP Slate 7 Voicetab act like a big phone. You’ll look stupid holding it up to your face to take a call but HP thinks it’s a worthwhile feature, and suggests those put off by the size can use a Bluetooth headset. I’m not keen on the idea of using a 7-inch tablet to make calls, but the second SIM provides a truly useful feature – free 3G data. 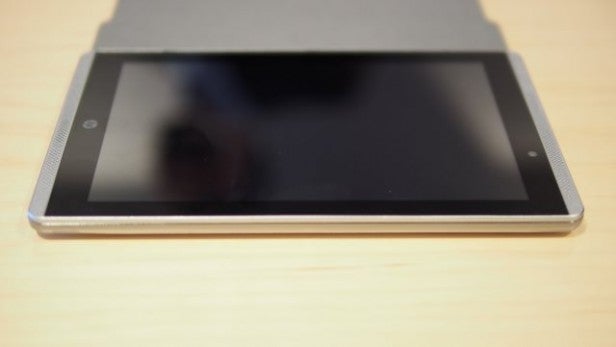 Unlike the iPad mini Retina or Nexus 7 you don’t have to pay extra for 3G capability. The baseline model includes the SIM slots and you even get free mobile data allowance. HP will sell the Slate 7 Voicetab with an HP SIM that will provide 250MB of data a month absolutely free for 2 years. 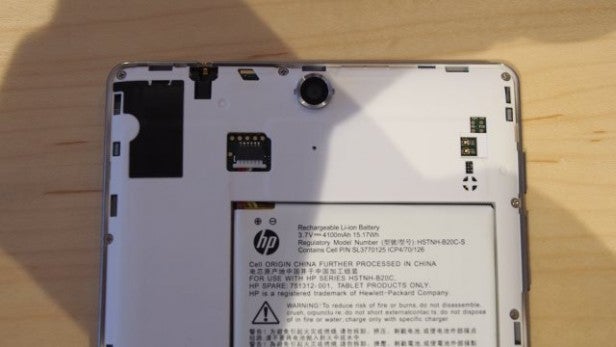 To pack all these features in and keep the cost to just £199, HP has made the conscious decision not to spec out the Slate 7 Voicetab to the max. You don’t get a HD plus screen like you do on the Kindle Fire HDX, but rather a more modest 1,280 x 800 pixel IPS display that, while not super-sharp, I found perfectly acceptable and actually brighter and more vibrant than the same resolution display on the original Nexus 7. 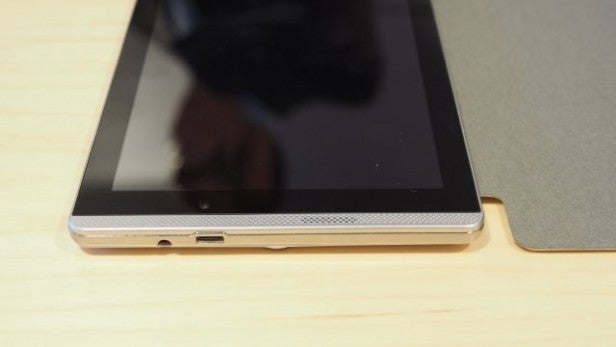 A 1.2GHz quad-core processor with 1GB RAM (of as yet unknown origin) powers the Slate 7 Voicetab and it seems fast enough to run Android 4.2 Jelly Bean smoothly. Apps open quickly and there was no obvious lag when scrolling through homepages or menus.

HP’s latest phone-tablet seems carefully considered and sensible. Its stand-out feature is a free data service rather than flashy hardware. This is a solid product at a competitive price, and a very cost-effective way of getting an always connected Android tablet with some data allowance.

The HP Slate 7 Voicetab is set to launch in the UK in May and be priced at £199 from the HP store with an optional cover available for around £25. There are still no official plans to launch the smaller 6-inch HP Slate 6 Voicetab in the UK at present.