Budget tablets aren’t what they used to be. Where they used to have diabolical screens, poor build and ropey third-party app stores, today they offer an experience comparable with tablets double the price. The HP Slate 7 is a 7-inch Android tablet that wants to undercut many of the the biggest names, including the Google Nexus 7. But does it cut one corner too many in the process?

Like most budget Android tablets, the HP Slate 7 is made of plastic. Its rear is an unassuming grey shade, letting the Beats Audio logo pop out clearly. The inclusion of Beats Audio here shows quite how simple it is – it’s a set of software algorithms used to jazz-up a device’s sound output, with increased bass. It’s not magic. 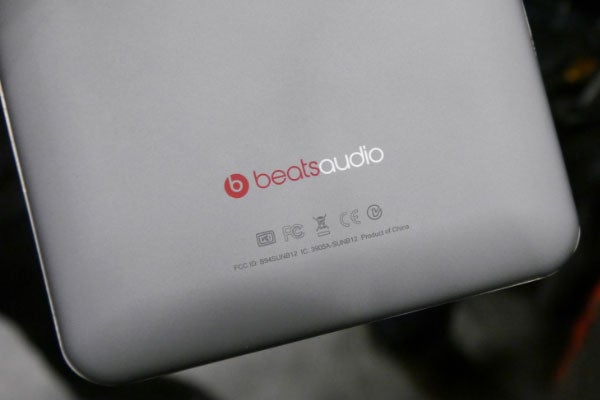 The HP Slate 7 is a little on the heavy side for a 7-inch tablet at 372g, which is 30-odd grams heavier than the Google Nexus 7, but not so weighty than you can’t hold it one-handed comfortably.

One of the key hardware benefits of this tablet is that is has a microSD memory card slot up top. This makes the limited 8GB of internal memory only a minor issue. Several big-name budget tablet don’t offer expandable memory. 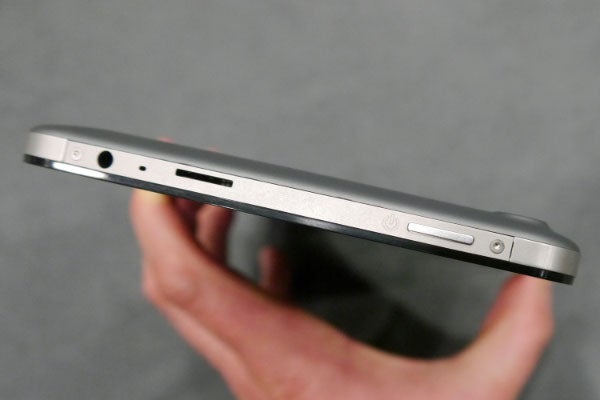 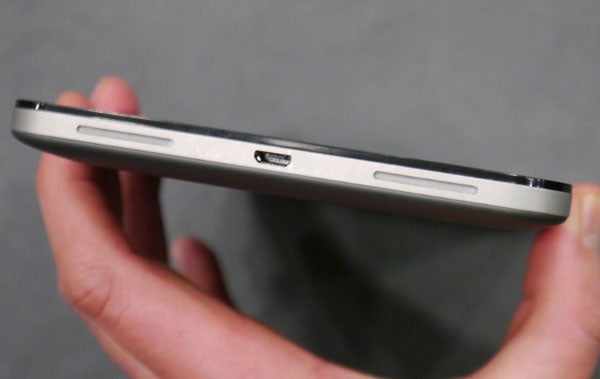 The HP Slate 7 has a 7-inch screen, but its resolution is significantly lower than all the current big players. With 1,024 x 600 pixels, it’s a lot less sharp than its rivals. This is the same resolution seen in the original Samsung Galaxy Tab, released all the way back in 2010. 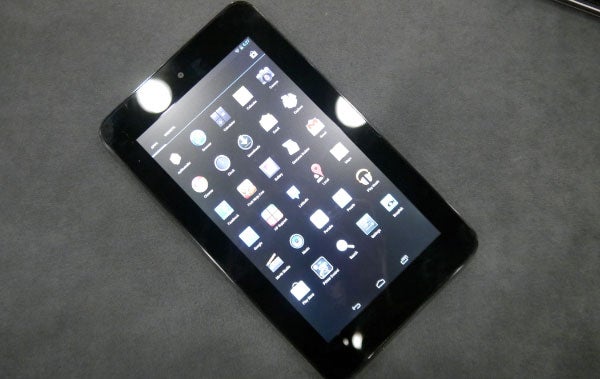 HP was keen to big-up that its FFS display offers the viewing angle benefits of an IPS screen with better brightness. However, in person what stood out were the weak-looking colours, the clearly limited resolution and its clinical tone. The Google Nexus 7 display isn’t perfect, but we prefer it to the HP Slate 7’s, by a significant margin.

HP has sensibly decided to use a more-or-less vanilla version of Android in its HP Slate 7. This will help bring out optimum performance for the spec, as fancy animated extras will generally only serve to slow the system down. 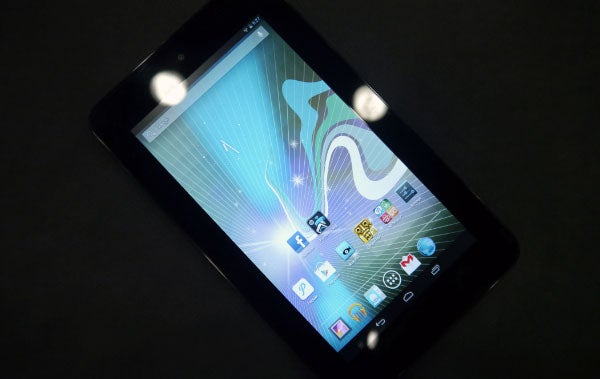 The processor of the HP Slate 7 is capable but, like most aspects of the tablet, a little limited. It has a dual-core 1.6GHz Cortex-A9 processor – nippy enough for Android but not quite on-par with the quad-core devices that are rapidly becoming the norm slightly higher-up the food chain.

Performance was decent during our hands-on, no doubt in part down to the Project Butter speed increases introduced in Android 4.1 Jelly Bean – this performance alone is enough to make the HP Slate 7 worth keeping an eye on for some. 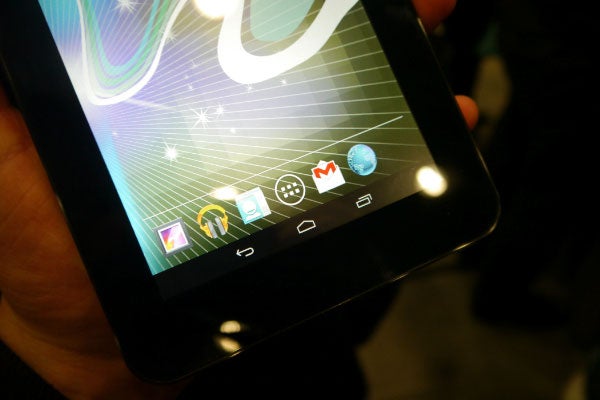 The HP Slate 7 has two cameras – some manufacturers leave out the rear camera with the justification that at the price they could only bung-in a bad one. The main camera of the Slate 7 is a remedial 3.2MP snapper. This is the sort of “bad” camera Asus was talking about when it omitted one from the Google Nexus 7 – it can only capture basic low-detail shots. 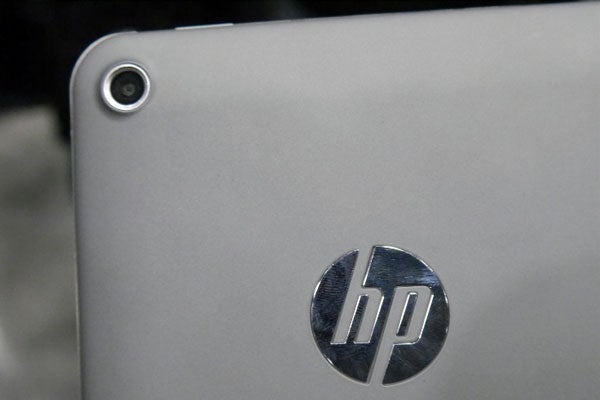 The user-facing camera is equally basic, with a VGA-resolution sensor. 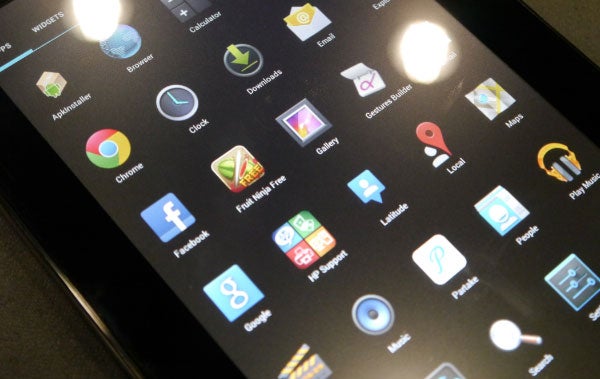 The HP Slate 7 is an aggressively-priced tablet. Set to sell for $169 in the US, it’s cheaper than the bargain basement Google Nexus 7. However, that the screen has been whacked with the ugly stick a few times makes it worth spending a few extra pounds on a better spec’d rival if you can afford it. However, performance is decent – we’ll see if it really makes up for the screen shortfall in our full review.