The scanning requirements in a small office are often much wider than you think. As well as converting paper documents to electronic ones via Optical Character Recognition (OCR), you may want to scan single-sided or duplex, multi-page documents to PDFs, for archival and even scan the occasional transparency or negative. HP’s Scanjet N6310 can do all these things.

HP is trying hard to break the normal angular looks of IT devices and has covered the scanner in curves: curved edges, curved panel-joins, curves in the mouldings. By also mixing black and white freely through its design, it has produced a piece of kit with a definite character, even if that character’s a bit Space: 1999.

At the top, an angled 50-sheet feed tray for the Automatic Document Feeder (ADF) has an extending end, for use when scanning pages longer than A4. Even though the scanner is fully duplex, HP has managed to integrate a feeder into the scanner without unduly increasing its height. 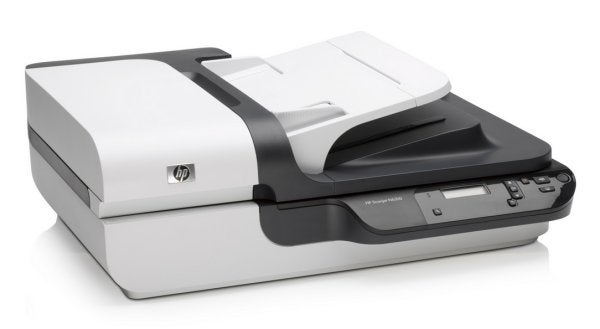 Open the scanner’s lid, which lifts to around 80 degrees, and you can see the transparency adapter, set into its underside. The adapter can take three transparencies or a strip of negatives. If you need to scan from a book or magazine, the lid hinges are spring-loaded, so its lid can remain horizontal when scanning. The hinge system is a bit temperamental, though, on titles over about a centimetre thick.

The control panel is nicely angled and includes a 16-character by 2-line LCD display. There’s a red exclamation mark LED to indicate any problems and a green LED set into the power button at the extreme right-hand end. Other buttons are for scan and copy (with a suitably connected printer) and for menu navigation. 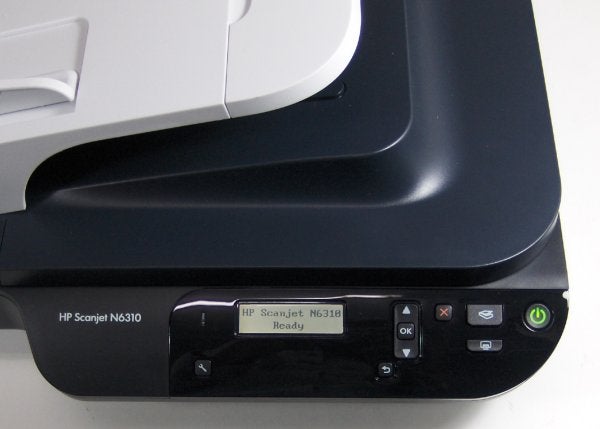 At the back of the scanner is a single USB socket – its only data connection – and a fairly chunky stub lead with a parallel printer-style plug runs from the printer to its lid, to power the transparency adapter.

There’s a good range of software supplied, including full copies of Nuance PaperPort 11 and IRIS Readiris 11 Pro, which provides OCR support. This is integrated with HP’s own HP Scanning software, and the HP driver completes the suite.

The driver automatically preview scans at 200ppi when started. While this is convenient for simple archival, it can be annoying if scanning a batch of, say, transparencies, as you have to select a rescan for each one. In other ways, the driver is pretty well featured and it’s easy to adjust cropping, colour and resolution, among other things.

Scan speed is not as important in a dedicated scanner like HP’s ScanJet 6310 as print speed is with the printer, but it can still be a factor if you intend to use the machine for converting paper records to electronic ones. HP quotes a speed of six images per minute, but we think you could get more than that out of a simple 200ppi page scan, as we managed this in around seven seconds. 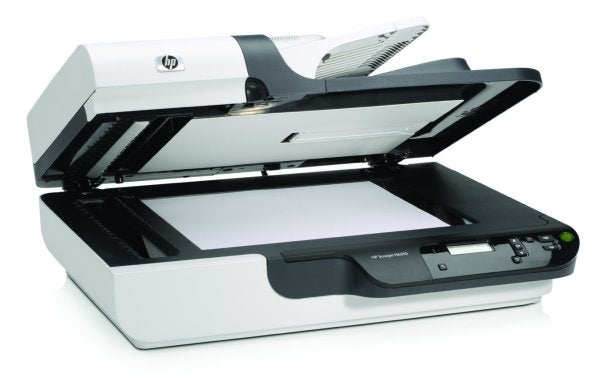 Scan times in general will depend on how often you’re scanning. If the scanning lamp is up to heat, it’ll take half a minute or so to scan and OCR a 300dpi page or to scan five, 200dpi pages from the ADF for archival. If starting from cold, though, it can take 30s more before the first scan starts.

Gratings on the AI target weren’t as clean as from, for example, the  [linkout: https://www.trustedreviews.com/epson-perfection-v330-photo_Peripheral_review Epson Perfection V330], though colour representation was more neutral in the colour target and the test photo. When it came to the transparency target though, scanned at the top resolution of 2,400ppi, we noticed a similar blue tinge to the image as we saw from the https://www.trustedreviews.com/hp-scanjet-g2710_Peripheral_review HP Scanjet G2710. Overall, scan quality is good, more than ample for the kind of work to which it will typically be put. 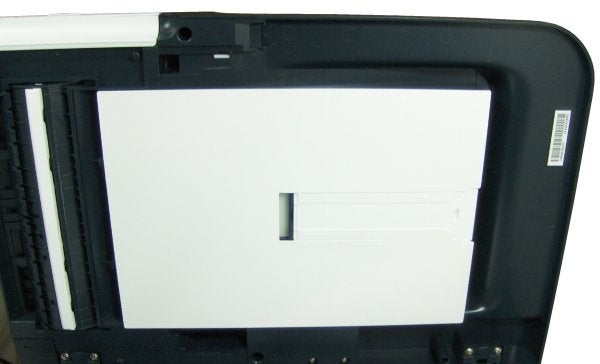 Verdict
This is a pretty effective business scanner, which can handle single or duplex pages for archival, but still has the resolution necessary to cope with transparencies and negatives. Because of its traditional, cold cathode/CCD scan engine, it can take a bit longer to get going than CIS devices, but the quality of the scans is also better than most, so it’s a fair trade-off.