A flatbed scanner with a transparency and negative adapter built into its lid will normally cost you over £100, but HP’s Scanjet G3110 beats this price by over 10 percent and looks good into the bargain.

With something of the curves of a stealth bomber, its thick, ice-white top includes a raised plateau, which hides the transparency adapter in its lid and holds the four quick-task buttons, which are its only controls. These start scan, scan-to-email, scan-to-PDF and copy jobs. You need a printer to copy, of course.

The lid has extending hinges, so you can easily scan from books and magazines. A small panel at the back of its left-hand side offers a power switch and sockets for the separate, black-block power supply and a USB connection, the only way to transfer data. 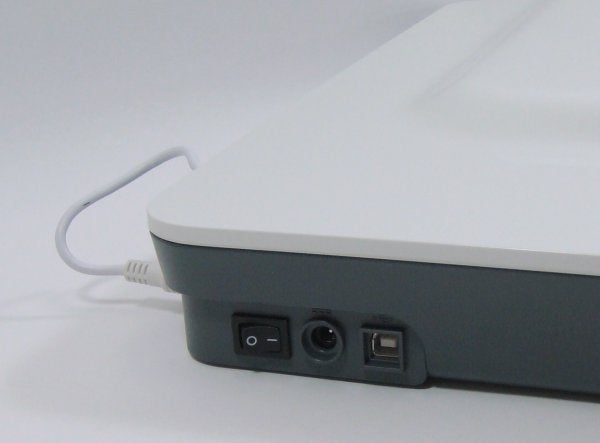 We had some difficulty installing the Scanjet G3110, as the install program kept claiming it had found a newer version of ‘MSI.BufferChm’ than the one it was trying to install. You’d think it would be happy with a newer version, but it refused to proceed and uninstalled the entire package.

After an hour’s online chat with HP technical support, we had installed all the software elements manually, but Solutions Center now claimed there were elements missing from the installation and it wouldn’t scan. In the end, we had to use a different PC, where it installed without problems. A quick search on the Net showed our experience wasn’t unique, though, and it’s something HP should resolve. 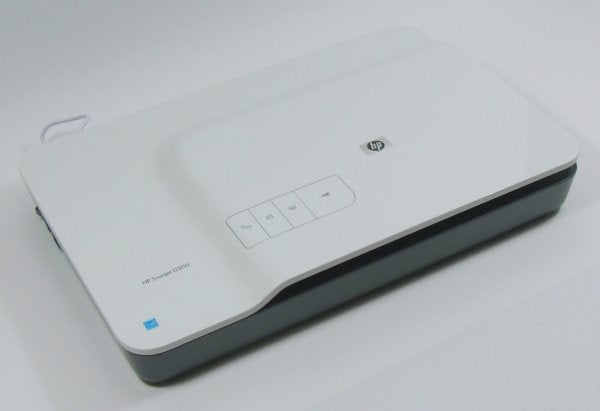 The software provided includes HP’s Photosmart Essentials and Solution Center, which includes built-in Optical Character Recognition (OCR) – for turning printed text into machine-readable digital text – from IRIS. TWAIN and WIA are ways for PCs to talk to scanners so it’s good to have both supported here, but each uses a different scanner interface and the WIA-only HP Scanning application is a lot better-featured than its TWAIN counterpart.

The driver offers comprehensive control of the scanner, and includes colour correction plus dust and scratch removal. Both of these are reasonably effective, though not up to the standard of applications like Digital ICE.

The 200ppi black and white text scan is suitable for archival and very readable, but there are a good few OCR errors in the 300ppi greyscale page scan. From text being reproduced at the wrong size, to characters being mis-recognised or substituted by punctuation marks, you would need to play about with the contrast settings in the driver to get satisfactory OCR results. 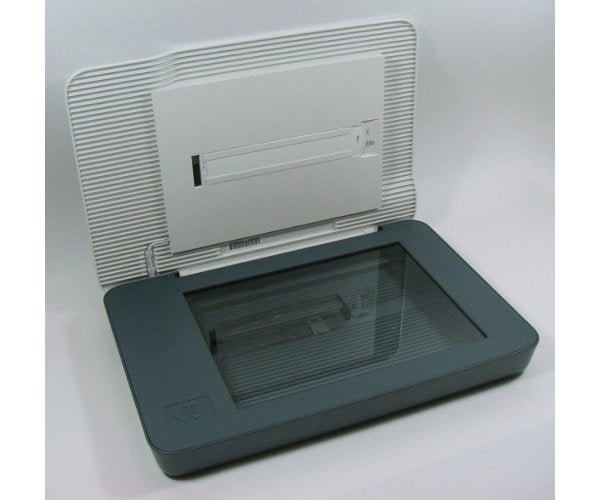 The 300ppi photo scan gave generally good colour, though it was a little over-vivid in foreground greens. The Q-60 target came through reasonably, with good gradations of colour across the palettes and well reproduced skin tones in the portrait image. The MTF target showed a blue tinge and resolution of the black and white gratings was similar to that from the cheaper scanner.

On the slide scan, colour, focus and relative illumination were all out and, although you wouldn’t expect to get the same quality as from more expensive devices, it looked little better than the result of the same test on the https://www.trustedreviews.com/hp-scanjet-g2710_Peripheral_review HP Scanjet G2710. 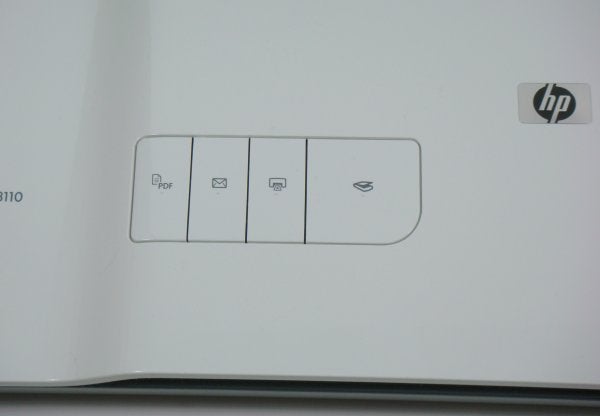 The quality of the scans was also marred by a number of specs on the underside of the scanner glass. Most scanners are built in semi clean-room surroundings, specifically so dust is excluded during assembly. While the specs may be isolated to this unit, if you get a scanner with this problem, there’s little you can do to fix it, other than get it replaced.

Verdict
The HP Scanjet G3110 certainly looks the part, with its smooth curves and ice-white cover. It also looks good on the spec sheet, with a transparency adapter, single-button scan-to-PDF, scan-to-email and automatic dust removal. When you try it out, though, you realise plain paper scans are slow and scan quality is variable. If the driver glitch we hit is at all common, it needs to be resolved, soon.