Stunning examples like the Dell Latitude E4200 aside, not too many manufacturers make business laptops that ooze a sense of class. HP is one of those few, however, and laptops in its ProBook range generally look and feel like premium products. Case in point is the Probook 4720s we’re looking at today, which sports an attractive mix of brown brushed metal and glossy black plastic that ensures not just suit-wearing types need apply. 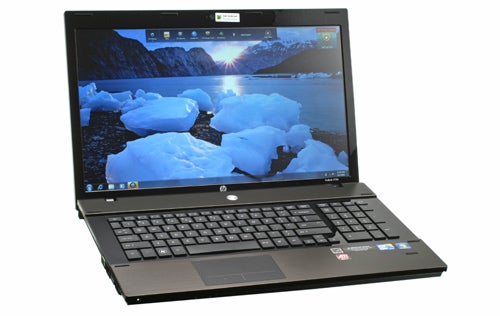 This 17.3in machine sports a combination seen all too rarely with laptops, as it’s both solid and has obviously had quite a bit of thought put into its looks. It’s available in a broad range of configurations, with a selection of Intel Core i processors, two to four gigabytes of RAM, ATI Radeon Mobility 4000-series graphics and various hard drive sizes.


Our model is pretty much the top end of the range. At its heart is a dual-core Intel Core i5 M430 running at 2.26GHz, which supports HyperThreading so it can act as a virtual quad-core in some scenarios. It’s backed by 4GB of RAM, though since the machine ships with a 32-bit version of Windows 7 Professional it won’t be able to use all of it. However, unlike with the average consumer laptop there’s good reason to stick with a 32-bit OS on a business laptop: backwards compatibility. Older drivers and applications will often refuse to run on a 64-bit system, so HP has made the logical choice here. 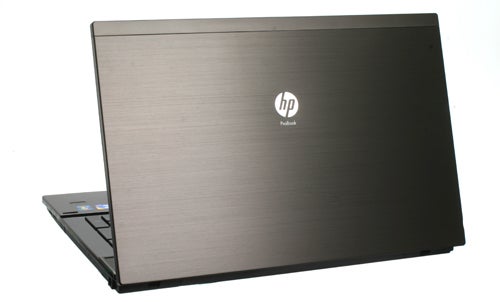 HP’s use of a discrete Radeon HD 4330 graphics card, on the other hand, is not what you would necessarily expect on a business system, especially since it has adequate power to allow for a bit of light 3D gaming. However, a more practical use is in application acceleration – at least, that’s the justification you can use in between bouts of TrackMania. There are no switchable integrated graphics on board though, so we’ll see what impact this has on battery life.


For permanent storage you get a generous 500GB hard drive, which not only offers a good capacity but also spins at a speedy 7,200rpm, and is divided into four partitions (System, OS, HP Tools and HP Recovery). According to the 4720s’ HP software suite, the HDD is protected by HP’s 3D DriveGuard system, which we last came across on the HP ProBook 4510s. This combines shock-dampening material, a magnesium drive cage and an accelerometer that locks the drive heads when sudden, sharp motion is detected, to ensure excellent protection for a moving-parts component. Oddly enough, HP’s marketing and specification pages make no mention of this feature for the 4720s. 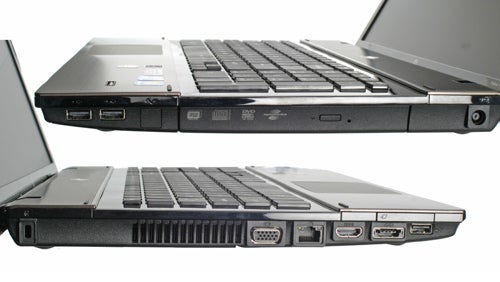 When it comes to connectivity this ProBook doesn’t leave you wanting for much. Gigabit Ethernet and four USB 2.0 ports (one of which doubles as eSATA) provide plenty of data connectivity. Video is handled by analogue VGA and HDMI, while 3.5mm headphone and microphone jacks reside at the laptop’s front. A sealed modem port hints at HP’s optional 56K modem module, for those few unlucky enough to still need it. Then there’s the usual memory card reader and an ExpressCard slot, which can be used to add features like USB 3.0. Optical duties are taken care of by a LightScribe DVD Rewriter (though it’s swappable for a Blu-ray drive as an optional extra), and wireless is handled by 802.11n Wi-Fi and Bluetooth 2.1.

As already mentioned, the design of the HP Probook 4720s really makes it stand out. Though the brushed brown metal lid still reveals fingerprints, it’s not as obvious as on glossy plastic and remains better-looking regardless – especially when offset against the chromed HP logo. It also lends a quality feel, though the lid flexes just a bit more than we’d ideally like. 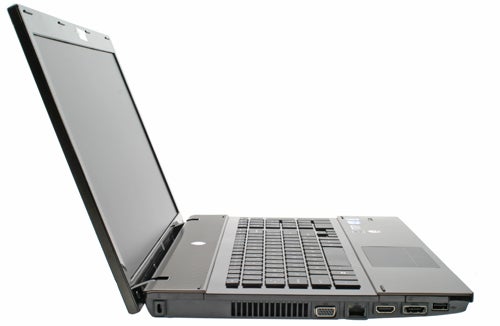 Opening the laptop up, we’re greeted by a combination of glossy black plastics and more brown metal used to attractive effect. With its button-less touchpad and chiclet-style keyboard, it exudes a minimalist appeal similar to (if more restrained than) the Dell Inspiron 17R. The only visible button is a chromed, white-backlit power button that dominates the metal speaker grille above the keyboard.


In terms of usability, the 4720s’ spill-resistant keyboard is quite good. It offers an excellent layout, though all the secondary functions are relegated to F1-F12. The Enter and Shift keys are full size and, as you would expect given the vast amount of space available, a full number pad is included. Typing on the matt keys feels pleasant and there’s a nice amount of travel, though feedback doesn’t quite match up to the assured click of the excellent keyboard found on the 17R, nor is spacing quite as comfortable.

We never found the huge touchpad interfered with typing, but if it does hinder you, simply tap a corner of the pad twice to deactivate it, which will be indicated by a small orange LED. This is a great implementation of a good idea.


We’re less enthused about the touchpad itself. In a nod to Apple’s equivalents it integrates the buttons into its touch surface, a feature HP has named ClickPad. It’s undeniably visually attractive, gives you a larger working area and casual use reveals little issue. However, good as the concept of this all-in touchpad might have seemed on paper, trying to perform more complex actions soon unearths flaws. 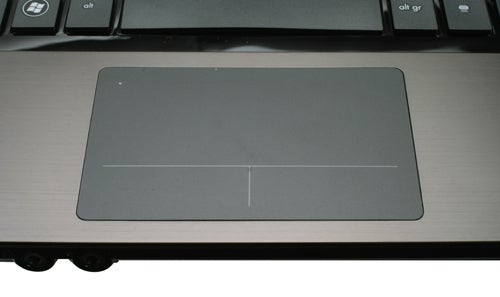 For example, on occasion the ClickPad would register a press on one of its ‘buttons’ as a touch and move the cursor. Scrolling is also more difficult than it should be if you need to make several swipes while holding a scroll bar, and any accidental movement of your thumb on the ‘button’ will foul your aim if you don’t hold down your index finger. It’s a real pity, as otherwise the multi-touch pad is pleasant and responsive.


Getting onto the 4720s’ 17.3in display, it sports a 1,600 x 900 resolution. While we would have preferred a little more desktop real estate, this should still suffice and does mean small text is easier to read. Overall quality is decent, offering fine dark detailing at the cost of differentiation at the light end of the scale. Backlighting was slightly uneven, but there was only the merest hint of light bleed. 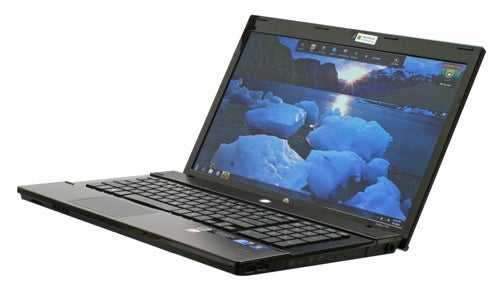 No visible banding, good sharpness (though 15.4in screens with the same resolution will seem sharper due to their smaller dot pitch) and halfway decent horizontal viewing angles round off the display’s strengths. However, this is all somewhat marred by vertical viewing angles that are weaker than usual, meaning that even at the ‘ideal’ angle you won’t get the best out of the screen, and colours on presentations might look subtly different to what they’re supposed to be.


Aurally this ProBook is a mediocre performer. The stereo speakers maintain adequate clarity and volume in the mid and high range, but terribly tinny bass means films and thumping tunes are best listened to using headphones or external speakers. They’ll suffice for presentations, though, which is as much as they’re expected to do.

In general use the 4720s is a good performer. With four virtual cores and the ability to turbo-clock up to 2.53GHz, the Core i5 CPU is more than up to the demands of the average business user. Indeed, even those with more demanding needs should be satisfied, as there’s little within good reason that this system can’t handle.

When it comes to graphical performance, the ATI Radeon HD 4330 should (just barely) be able to run older 3D titles, which compares favourably to the integrated solutions utilized by most laptops. The display wouldn’t accommodate our standard 1,366 x 768 testing resolution, so tests were run in 1,280 x 768. At this setting the 4720s managed a perfectly smooth 47 frames per second average in TrackMania. More demanding fare like STALKER: Call of Pripyat didn’t do too well though, but then technically this is a laptop for work rather than play.

Thanks to a capacious eight-cell (14.4V, 73 Watt-hour) battery, the 4720s holds up for a surprising amount of time away from a socket for a laptop with discrete graphics and such a large display. Its DVD result of two hours and 24 minutes under full brightness (when the screen is perfectly viewable at less than 40 percent) means you can watch even the longest films without running out of juice – just remember to turn off Wi-Fi and Bluetooth.


Even more impressive is the 4720s’ performance in the less intensive Productivity test, where screen brightness is at 40 percent. Here the ProBook managed an impressive four and a half hours, which is ahead of the pack by a considerable margin, making it a good choice for portability provided you can bear its 3.1kg weight.


When it comes to value, keep in mind that business machines usually demand a considerable premium over similarly-specified consumer equivalents. This is down to increased ruggedness, extra hardware features (like the HDD protection, spill-proof keyboard and fingerprint scanner), and business-centric software that aids security.


As such, the 4720s’ £784.84 (667.95 exc. VAT) price is quite reasonable. There’s little competition for business machines with a screen size of above 17 inches, and compared to the few rival options out there, this ProBook is generally cheaper while offering a well-balanced specification and solid, very attractive design. If you can live with the touchpad’s issues and the display’s limitations, this is definitely one to consider for those after a portable desktop replacement.


Fairly rugged and offering a premium look and feel, HP’s ProBook 4720s features a balanced, high-performance component set with comprehensive and easy to use applications. Added to its respectable battery life and above average value, this business laptop’s few flaws become easy to forgive. 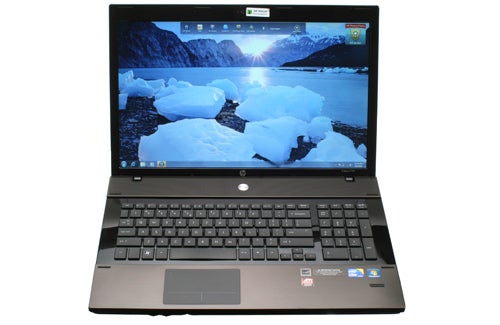 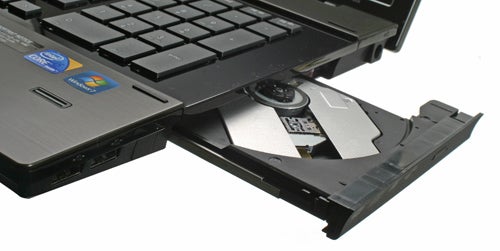 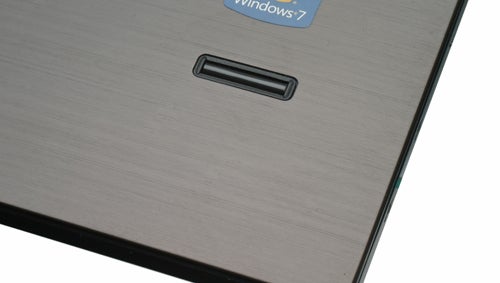