Digital cameras are just as much about advanced technology as they are optical quality, so it’s no surprise that big computer and electronics companies like Sony, Panasonic and Samsung can get in on the act. Likewise Hewlett Packard, one of America’s largest computer equipment manufacturers, makes a successful range of compact digital cameras that offer a uniquely high-tech approach to digital imaging.


HP’s corporate slogan is “HP invents”, and when you look at the list of unique features incorporated into the design of the top-of-the-range 6.2 megapixel R717 you know it’s not kidding. Although from the outside it doesn’t look much different to many of the other compact digital cameras on the market, the R717 is packed with advanced technology designed to help you take better pictures. Considering the price tag of just £175, there’s more going on behind its sleek brushed steel face than many cameras costing twice as much.


At the top of the list is HP’s innovative Adaptive Lighting Technology. As I briefly explained in the review of the HP M417 a few weeks ago, this is an image processing technology that is unique to HP, and features in most of the company’s higher-end models.


One of the problems that digital cameras have when compared to their film counterparts is a lack of dynamic range, best described as the ability to capture both shadow and highlight detail in the same shot. Adaptive Lighting overcomes this problem in a simple and ingenious way. When it is activated the camera captures two images of the same scene simultaneously, one exposed for the highlights and the other exposed for the shadows. The camera then seamlessly combines them into one image with greater effective dynamic range than either alone. It’s simple, and as you can see from the accompanying sample shots, it works extremely well, at least under relatively normal circumstances.


The second clever piece of technical jiggery-pokery is the in-camera automatic red-eye removal. Red-eye is most often seen on close-range flash shots of people’s faces. It is caused by light from the built-in flash entering the eye through the night-adapted dilated pupil and bouncing off the blood-rich cornea at the back of the eye.


The R717 can automatically detect the presence of red eyes and paint them over with small black circles. It has to be said that the result isn’t as good as manually correcting red-eye in a good image editing program, but it does work surprisingly well.


That’s not all though. The R717 also has automatic in-camera panorama stitching with on-screen preview, an adaptive white balance system that identifies the type of light being used and automatically compensates to ensure accurate colour balance, adaptive tone mapping which individually optimizes each image for contrast, colour and brightness, and something called ‘automatic adaptive demosaic’, which helps to remove colour fringing from high-contrast edges.


Fortunately all this technology is simple to operate, but if you get stuck or just need some advice on taking pictures the R717 also features a built-in help file, with explanations of all the camera’s controls and how to use them, as well as general tips on picture shooting, printing, downloading and sharing your pictures. This is such a good idea I don’t know why other manufacturers don’t include a similar feature on their cameras.

So much for the clever technical stuff; what you really want to know is how well it all works. Fortunately the answer is ‘pretty well’. The R717 is a third-generation product from a major company and is developed from a successful product line, so it’s no surprise that it is a well-made and well designed camera. It has a strong moulded plastic body over a metal chassis, and the front plate is brushed stainless steel.


The overall design is rather square and blocky, but the clean lines and simple logical design lend it an attractive elegance. The control layout is broadly similar to the M417, with the buttons blending into the shape of the back panel. Despite this the controls are easy and comfortable to operate, and the sculpted shape of the front panel and indented thumb grip on the back make it comfortable and solid to hold. The 1.8-inch LCD has a resolution of over 130,000 pixels and a nice fast refresh rate in normal mode. There is also an optical viewfinder, albeit a rather small one.


Start-up time and overall performance are no better than average, but no worse either. The camera starts up from cold in approximately three seconds, and the autofocus system takes no more than about a quarter of a second to achieve a lock in good light. For when the light’s not so good there is a built-in AF illuminator.


The R717 is unashamedly a snapshot camera, so the lack of manual controls will come as no big surprise, but to make up for it there are 12 shooting modes accessed by repeatedly pressing a labelled button on the top panel. Modes include action, landscape, portrait, stitched panorama, beach, snow, sunset, museum, document copying and aperture priority. This latter mode offers just two aperture settings, maximum and minimum, so it can’t really be called a manual exposure setting.


So far so impressive, but finally we come to picture quality. This proved to be the Achilles’ Heel for the M417, and sadly it is also for the R717, although it doesn’t have to be. In default mode the camera has an alarming tendency to apply full noise reduction and image sharpening to every shot, resulting in a certain loss of detail. Fortunately saturation, contrast, sharpness and colour are all menu options, so you can tweak the picture to some extent. What you can’t tweak is the lens distortion produced at wide angle. Blur creeps in from the corners and edges of the picture, caused by inaccuracies in the lens design. HP would be wise to sign another deal with one of the big optics companies, as it did with Pentax a few years ago. With a decent lens on it this would be a top-notch camera.


High tech but easy to use, the HP R717 is capable of turning in some top-quality shots under ideal circumstances, and copes better than most with unusual lighting. Its relatively low price should make it a competitive choice in the high-end compact market. 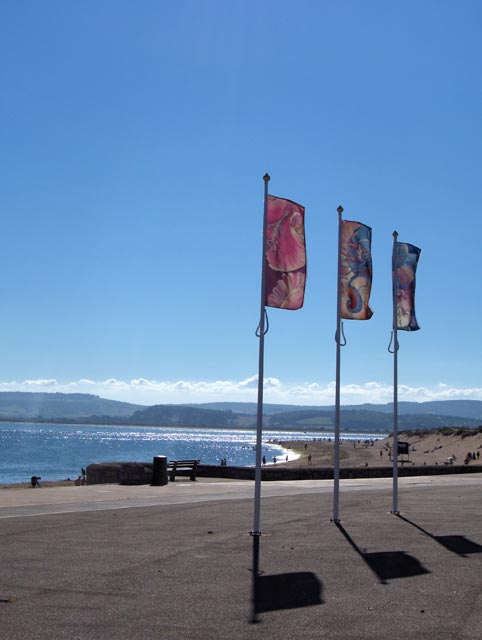 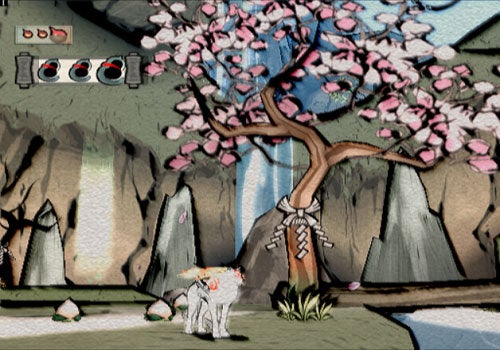 ”’Even shooting into the light, the R717’s metering system copes well and the adaptive lighting smoothes out the shadows.”’ 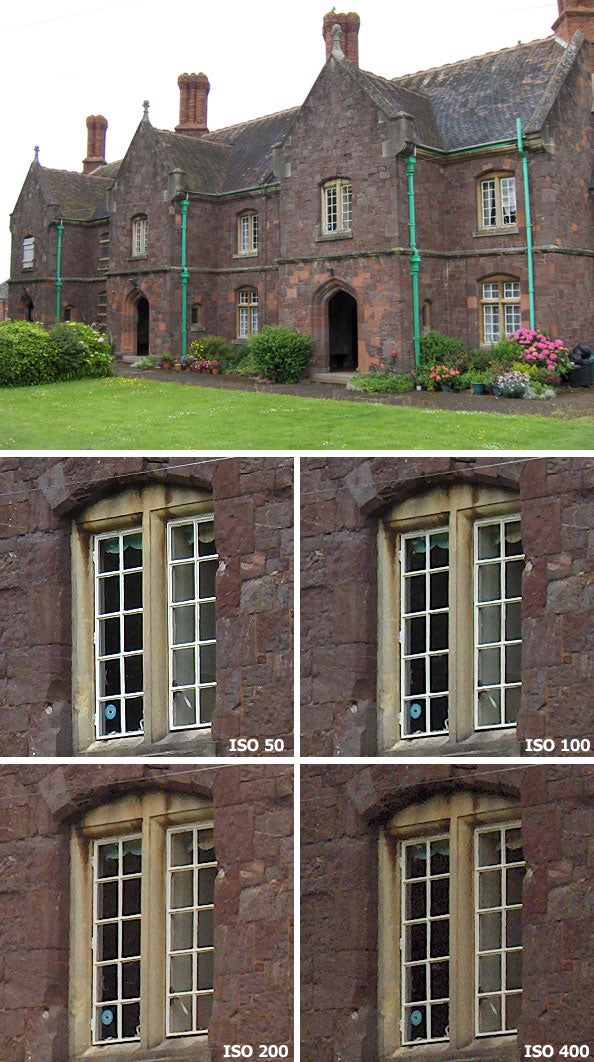 ”’At the lowest sensitivity setting of 50 ISO there is no noticeable image noise, although the image is over-sharpened.”’

”’Likewise at 100 ISO the image is noise free, but the noise reduction has degraded the level of fine detail.”’

”’At 200 ISO a small amount of image noise is beginning to creep into the shadow areas, but the image is still good.”’

”’At the highest setting of 400 ISO image noise is clearly visible in the darker areas, but exposure is still accurate.”’ 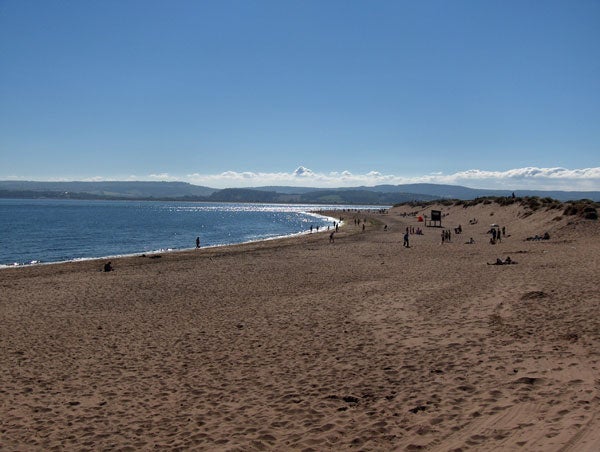 ”’Taken using the beach mode this shot seems little different to the previous one, which was shot in normal program mode.”’ 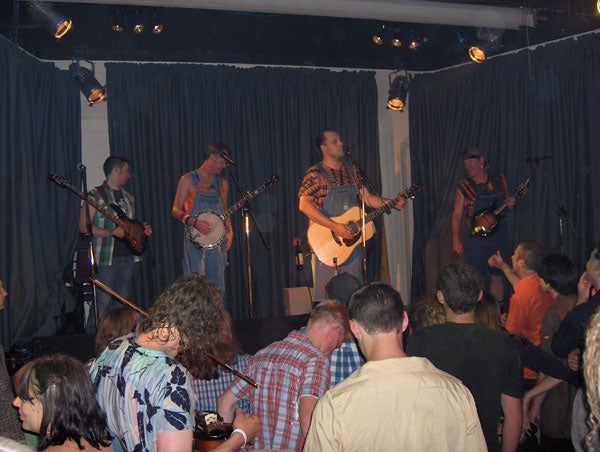 ”’The HP’s built-in flash has limited range, but if you get close enough it provides good wide-angle coverage.”’