Despite the claimed demise of the PDA, there’s no denying that they remain the only truly pocketable way to manipulate data on the go. This is of course changing slowly with the latest generation of mobile phones now offering similar levels of personal information management, but where the mobile phone will always suffer is in the prerequisite demands for them to be small and light, something that ultimately means smaller screens and slower, less efficient data input methods.


With modern PDAs sporting relatively speedy processors stretching all the way to 400MHz and beyond, they now offer the kind of speed and flexibility that seemed so unlikely just a few short years ago. Also, their flexibility with regards data input allows them to effortlessly handle a variety of options including the on-screen keyboard, snap-on thumb boards, handwriting recognition, voice recognition, graffiti and even projected “virtual” keyboards. In most cases though we’re missing one increasingly important input technology, one that’s been championed by the mobile phone for some time – for which the PDA with its generally larger screen is considerably better suited – a camera.


Some of the costlier PDAs are now beginning to appear with integrated cameras, but very often the price premium is prohibitive. HP’s answer is an SD slot based removable camera designed specifically for use with its popular iPAQ range of PocketPCs, and it’s one of these I’ll be looking at today.


The merits of a camera for your PDA are obvious. From the estate agent wanting pictures to supplement his or her notes to friends and family just wanting to share memories, PDAs have the power, the screen quality and the storage expandability to be, in some respects the ultimate digital imaging platform. HP supplies all the software you’re likely to need to be able to share or print your images and to carry out some fairly basic image manipulation such as red-eye removal.


However, the problems are similar to those that differentiate the games console from the PC, in that a dedicated camera with its specially designed circuitry will always offer an advantage. While a camera may feature components added purely to increase sensitivity, to reduce noise, to balance colours and colour temperatures and maybe a lot more besides, an add-on camera may well find that it has to achieve some of these simple tasks, if it wants to rival the image quality of a typical digital camera.


As it stands, the Photosmart Mobile Camera is a well constructed unit with an articulated lens able to swivel a touch over 180 degrees. If we disregard the actual SD slot interface, the camera section measures a mere 50mm wide by 27mm high and 20mm deep (12mm if we ignore the lens). Although made from plastic it feels reassuringly rugged for such a small device that weighs just over 31.1g.


The small, ruby-tinted lens sits in a larger 12mm diameter barrel which must be rotated through a full 360 degrees in order to switch it from regular mode to macro mode. Being a focus-free device, regular mode is merely an infinity setting while macro mode proved to offer focussing down to a rather disappointing 9in or so. Even the worst dedicated digital cameras can manage better than this and it’s perhaps better to think of macro as more of a close focus option than a true macro setting.

Adjusting the lens from macro to infinity and back again would be a much simpler affair if the lens barrel was textured or knurled. Unfortunately it’s completely smooth and likely to be an annoyance to those with sweaty digits.


For those looking for protection and portability, HP throw in a nicely stitched leather case with a magnetic flap and belt loop. It’s well-made and padded out with what looks like closed cell foam to protect the SD interface.


Installing the software for the camera proved to be fairly painless. With the drivers installed, activating the user interface was as simple as plugging the camera into the SDIO sot. The interface itself is very simple with large buttons that look slightly preschool, presumably created this way to allow the various functions to be operated with your finger rather than the stylus – which incidentally is blocked on my iPAQ 4150 when the camera is in place.


The image viewfinder part of the screen features a letterbox style pair of “( )” brackets which in SLRs is usually used to signify the auto-focus area. However, as mentioned earlier the focus is fixed, so it must be either a compositional aid or a centre-weighted metering area indicator.


The only camera controls on the capture screen are the large shutter release button, digital zoom in and out buttons allowing you to select normal, 2x digital zoom or 4x digital zoom, and a pair of small circular buttons, one of which takes you into the supplied copy of iPAQ Image Zone, while the other opens the camera’s settings menu. Within this menu are adjustments for white balance, (“Auto”, “Sun”, “Tungsten”, “Fluorescent” and “None”), and colour, which can be set to “Full Colour”, “Black and White” or “Negative”.


While these seem to be fairly comprehensive settings you can’t help but wonder how much more could have been achieved with a little thought. For example, there’s no sensitivity (ISO) setting, and white balance can’t be set to custom levels. There’s also no ability to set any form of advanced matrix metering or to manually increase or decrease exposure levels (exposure compensation) for tricky lighting situations such as backlit subjects or unusually bright and reflective snowy/sandy scenes.


Nor can any manual shutter speeds be set which rules out any kind of night or low-light photography. And speaking of low-light photography, this is perhaps the biggest weakness of all. I’m at a loss to explain why a digital cameral with a seemingly good sized lens aperture and a relatively low pixel density should have such poor low-light sensitivity.

I found the camera to be practically unusable in just about all indoor situations no matter how well lit they were. You might just manage to grab a shot in a very brightly lit office environment but I’m guessing that most household lighting schemes wouldn’t cast enough light to allow for a reasonable photo to be taken. Even outdoors it was difficult to get a well-exposed image capture in anything less than bright conditions. This might not be an issue in California but it certainly was in the UK’s notoriously drab weather patterns. On the flipside of course comes the problem that in conditions bright enough to give good results, it becomes increasingly difficult to see the screen and frame your shot to begin with.


Despite the poor low-light performance, the well-exposed pictures that I did take showed that the camera was capable of doing a very good job at the higher settings. There was some vignetting present and images were a touch soft at the edges, but colours were fairly neutral and details were sharp and with strong contrast. (see below)


Image file sizes at a resolution of 1,280 x 1,024 ranged from 731KB at “Best” to 237KB at “Good”. 731KB is quite large for a 1.3 megapixel image and shows that the “Best” setting uses very little compression. The “Good” setting however, while creating much smaller files also introduced compression artefacts into the final image and is best avoided under most circumstances. Incidentally, the smallest image size I captured was just 38.2KB for a 320 x 240 capture using the “Good” setting. Needless to say the image was good for little more than viewing on a PDA or perhaps a mobile phone screen. (see below) 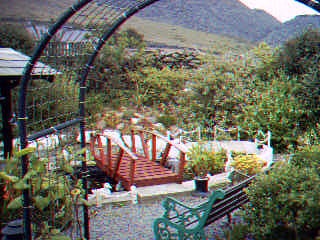 The power and flexibility of the PocketPC means HP could have included all manner of interesting photo techniques, like exposure bracketing, real-time video effects, composition grid overlays, shutter speed information and more. Instead, it has managed to omit even the most rudimentary of functions. This is a shame as the iPAQ 4150 on which I tested this camera is one of the all-time great PDAs in my humble opinion, which makes it all the more difficult to have to talk down one of its most promising add-ons.


However, when you consider the situations where the camera will be used, most will probably involve shooting indoors. Whether it be the estate agent I mentioned earlier, impromptu product shots at trade shows, or weddings and birthdays, they’re all going to be dependant on the amount of light available and I’m guessing that there won’t be enough unless the events are happening outdoors. Add to that the weak macro aspect making close-ups not as close as you’d probably like, and you’re left with a camera that falls short of expectations.


HP has created a compact 1.3 megapixel camera capable of some pleasing results in the right environment, and then crippled it with poor, featureless software and almost non-existent low-light capability.