The HP Photosmart M417 is the latest in a successful line of compact digital cameras from American computer and office electronics giant Hewlett Packard. Although as a 3x optical zoom 5.2 megapixel model it sits in the mid range in terms of specification, it has a couple of advantages that elevate it comfortably above the average, not least its remarkably low retail price of under £115.


HP has a long history of technical innovation in a number of fields, and has applied this way of thinking to the design of its digital cameras. While some manufacturers concentrate their efforts on ever-larger CCDs, super-powered zoom lenses or ultra-thin bodies, HP has focused on image processing, and in doing so has overcome one of the few drawbacks of digital image capture when compared to film photography, the problem of dynamic range.


Dynamic range is the ability to capture a wide range of shades in a single exposure. Digital sensors are not able to respond to wide variations of illumination as well as film does, resulting in either burned out highlights or black featureless shadows in high contrast images. Film is just better at capturing both shadow and highlight detail under identical exposure conditions.


HP’s solution to this problem is a process it calls “Adaptive Lighting”, a feature which is found on several of the company’s recent models, including the M417. When this mode is in use, the camera takes two shots simultaneously, one exposed for the highlights and the other exposed for the shadows. The camera’s processor then subtly and seamlessly combines the two images, resulting in one picture that combines both shadow and highlight detail. It’s simple, ingenious and it works extremely well. The only surprise is that nobody has done it before. I’m sure that HP has a patent on the idea, but knowing the ingenuity of most of the other major players in the digital camera market I wouldn’t be too surprised if subtle variations of Adaptive Lighting start appearing in competitor’s models.


The M417’s second party trick is automatic in-camera red-eye removal. If you take a face-on portrait of anyone using the built-in flash on any digital camera, chances are you’ll see the red-eye effect of flash light bouncing off the retina at the back of the eye. If you find this on a photo taken with the M417, a menu option in playback mode will automatically detect red eyes and correct them. Unfortunately it simply paints over the red highlights with rather sinister looking black dots, but it is a slight improvement.


Apart from this and the impressive Adaptive Lighting technology, the M417 is a fairly average camera, albeit a well made and attractively designed one. Despite its rather square shape it is a very comfortable camera to hold, thanks to the sculpted front panel and a handy indented thumb grip at the rear. It’s also a very light camera for its size, weighing in at only 150g. The control layout is extremely clear and logical, and although you need to use both hands to change modes or flash settings, the zoom control is comfortably situated around the aforementioned thumb grip.

The LCD monitor screen is a bit on the small side for a modern camera, but considering the budget price tag perhaps a 1.5in screen is all one should expect, however at least the M417 makes good use of it, and in a rather unexpected way. The menu system has the usual range of features you’d find on any budget snapshot camera, including EV compensation, ISO settings, white balance and colour mode, but at the end of the list is another unique HP feature and again something so simple but intelligent that it’s astonishing that it isn’t present on every digital camera. It has a help menu, offering advice on how to use the camera, including explanations of all the controls, shooting modes and accessories, how to shoot pictures and movies, how to manage batteries, how to copy and print images and much more.


These are just text files and take up very little space in the camera’s memory, but they are an invaluable aid for the novice photographer. Very few people will even read the manual, let alone carry it about with them, so it makes perfect sense to build the manual into the camera. It’s got a display screen anyway, so why not use it?


In general performance, unfortunately the M417 doesn’t shine as brightly as it might. It takes a yawn-inducing four seconds to start up, and in burst mode it can only manage to shoot four frames in four seconds – it would seem that four is the magic number as far as HP is concerned. In normal mode it can only manage a shot every 2.5 seconds, and if Adaptive Lighting is used this drops to a lengthy four seconds (yep, four again), due to the processing time required. The one-button video mode is quick and easy to use, but sadly the results are fairly poor, managing only 320 x 240 at 15fps, although it will at least shoot until the memory card is full.


But it’s picture quality, always the final criterion for any digital camera, that is unfortunately the M417’s Achilles heel. Although the results from the Adaptive Lighting technology are impressive from a technical standpoint, the actual images can become very noisy as the camera increases the gain on the CCD to catch shadow details. Other images shot without the Adaptive Lighting also show signs of excessive noise reduction, with blurred out fine detail and some distinctly odd colour artifacts. Images containing bright highlights also have an unacceptable level of purple fringing.


Despite these rather serious flaws, the camera does have a number of good points. Focusing is very quick and accurate, colour rendition is accurate and exposure is also precise. The Adaptive Lighting technology could, under the right circumstances, create a very good picture, but the trick is to only use it when you need it.


All in all, the M417 isn’t a bad camera at all. It is well made, easy to use and has several very clever features not seen on any other camera at this price. It’s just a shame that picture quality is so disappointing.


As a beginners camera, the M417 has much to commend. It’s cheap, well made, has a good if rather basic specification, and sports several technical innovations that will help the novice user to take better pictures. The Adaptive Lighting technology still needs a little work, but it can produce very good pictures in circumstances that would defeat a normal camera. Shame about the image quality though.

The following pairs of images consist of a reduced size full image, and a crop taken at full resolution. 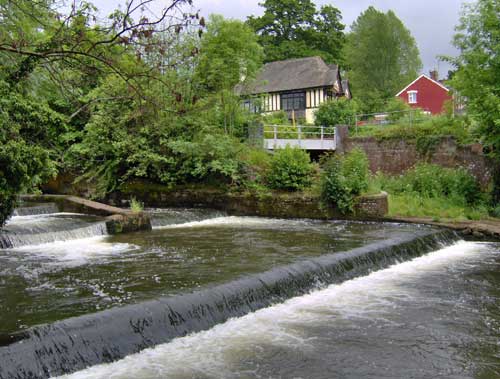 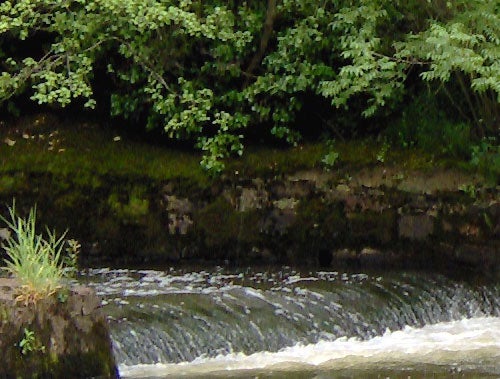 ”’There’s no noticeable image noise at this minimum setting, but there is still evidence of noise reduction, which reduces fine detail.”’ 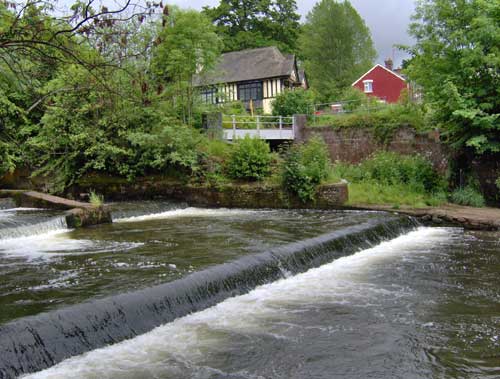 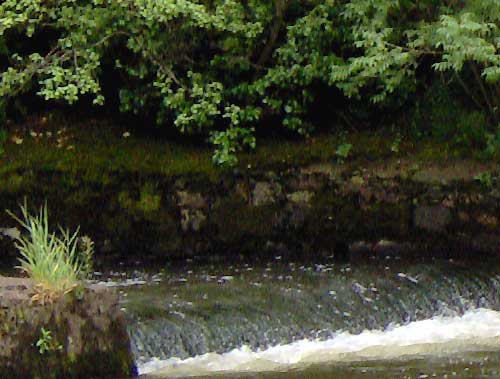 ”’There is colour noise in the shadow areas of this image, despite the heavy-handed noise reduction that has left the image looking like it was painted with a brush.”’ 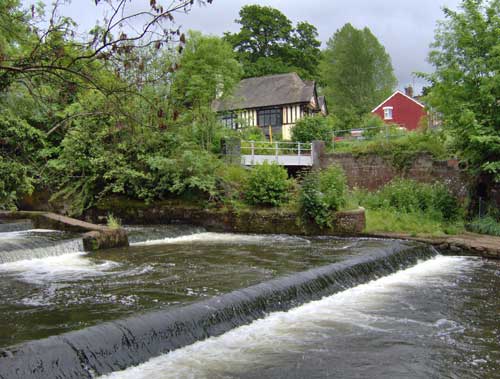 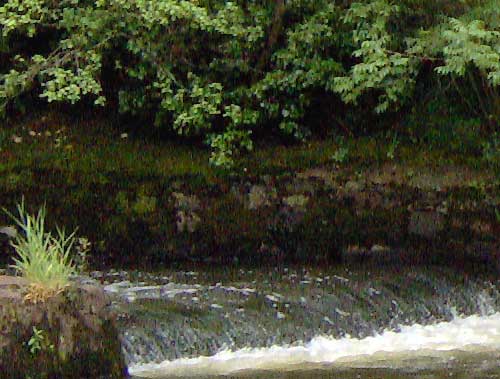 ”’Look at the shadows under the bushes: colour noise everywhere. Also, look at the water at the foot of the weir, which has no fine detail.”’ 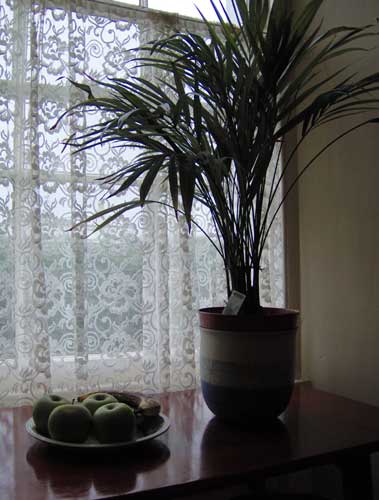 ”’The light coming through the window has left the near side of the vase in shadow, with little detail visible due to the low dynamic range.”’ 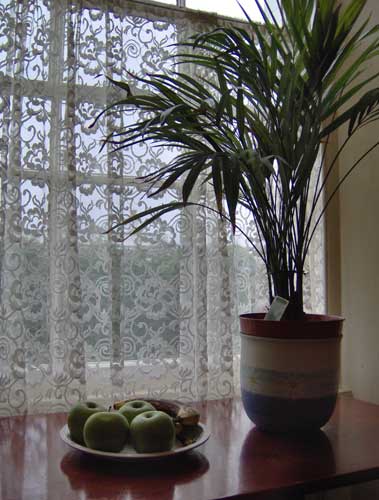 ”’With the Adaptive Lighting switched on, the shadow areas are brightened and now contain visible detail. Unfortunately they also contain image noise.”’ 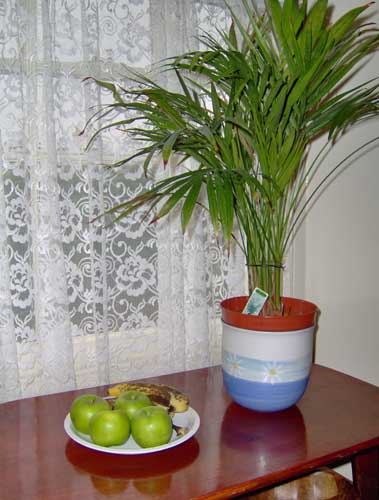 ”’The same shot taken with the built-in flash clearly demonstrates the difference proper lighting makes to an image.”’

The images below are reduced in size, but highlight the general ability of the camera in varying conditions. 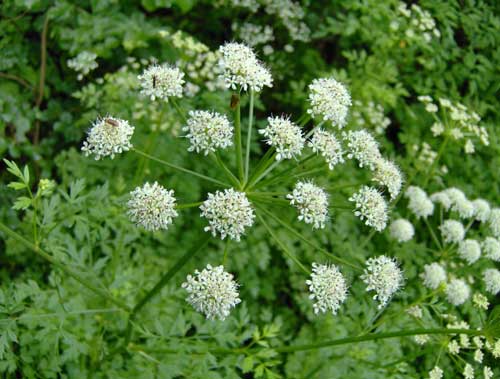 ”’In macro mode the AF system had no problem locking onto this plant, even though it was swaying in a slight breeze.”’ 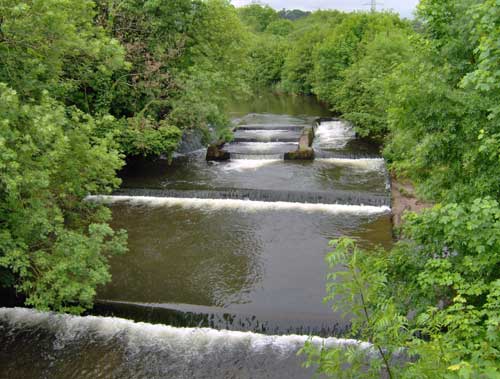 ”’The lens is equivalent to a 36-108mm on a film camera, so it’s not ideal for landscape work, however it is nice and sharp even into the corners at wide angle.”’ 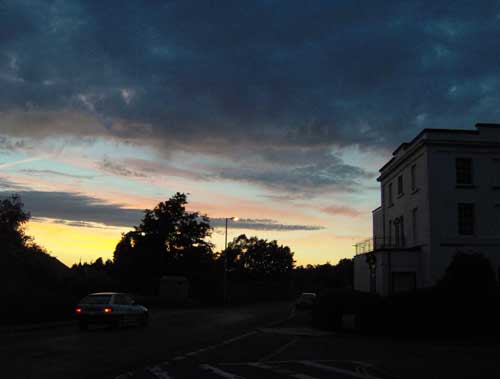 ”’Shot at 200 ISO this low-light shot clearly demonstrates the limitations of the M417. It has severe image noise right across the frame, especially in the darker areas.”’