HP’s Photosmart 6510 is a mid-range, home all-in-one, designed for those with an interest in photography, who probably also own smart phones. It includes some high-end features, such as touchscreen controls.

HP seems to have turned the corner away from high gloss, black plastic, in favour of brown and gunmetal colour schemes. We’re not sorry to see the piano black go, and this machine is well turned out and subtly styled. The designer has accentuated the scanner section and control panel, making them look almost removable (they aren’t), which somehow makes the device look low-profile, too. 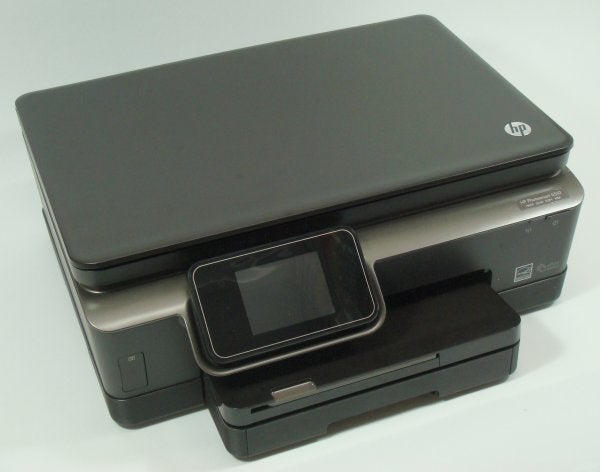 One of the reasons for its low-to-the-desk look is the paltry 80-sheet main paper tray, which needs regular restocking in all but very infrequent-print environments. Above this tray is a 20-sheet photo tray, though oddly neither has an end-stop for its paper, which means you have to insert sheets carefully to get them under the feed rollers. The photo tray also slides freely in and out, making it more fiddly to load.

The main control panel contains an 89mm touchscreen, with three dedicated touch buttons down either edge. The panel is sensitive enough for easy control, while not being near as nice to the touch as a typical mobile. In use, we came across a couple of places where we received error message, with no way to cancel out of the screen, which is just poor design. 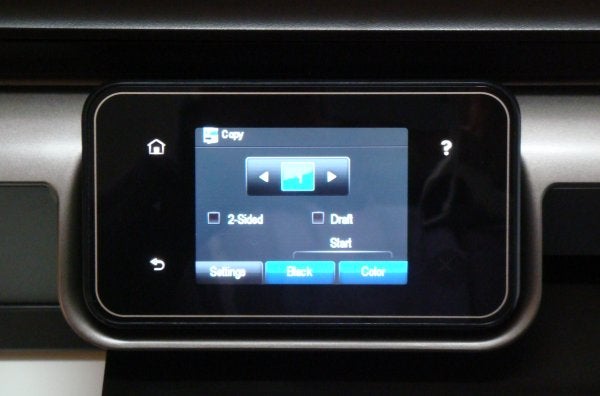 At the left-hand end of the HP Photosmart 6510’s front panel, a small cover flips back to reveal memory card sockets for SD and MemoryStick cards and at the right are pinhead LEDs for power and wireless connection. At the back is a USB socket, which is an alternative to the wireless link which will probably be the data stream of choice.

As well as using its easily established link to any wireless router, the printer can connect to Apple devices via AirPrint and others via HP’s Auto Wireless Connect. Software bundled with the machine includes Photo Creations and HP’s downloadable apps from the ePrint centre.

Hinge up the scanner section of the machine and the head carrier slides into view to take the four ink cartridges, which are available in standard and XL capacities.

HP claims speeds of 11ppm for black print and 7.5ppm for colour from the Photosmart 6510, both for ‘laser comparable’ print. If this is what the driver calls Normal print, then it falls a little short of what we saw, mainly due to excessive ink priming and housekeeping before the start of each job.

This regularly took up to 22s and the corresponding speeds started at 5.8ppm on our 5-page text print, rising to 7.3ppm on the 20-page document, still some way short of the claim. We only saw 3.9ppm from our colour print test, too, though printing duplex, the printer managed 4.6 sides per minute, better than some recent HP machines.

A single page colour copy took 35s, again due to extended pre-processing, while 15 x 10cm photo prints took between 1:06 and 1:14, only fair speeds. 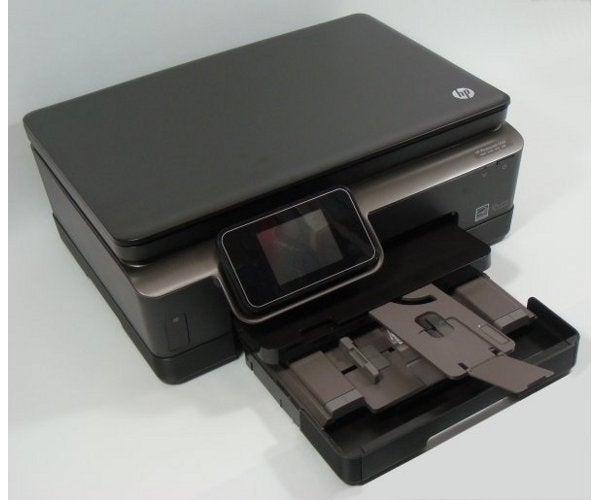 Text print from the HP Photosmart 6510 might loosely be called laser comparable, though it’s not quite as sharp. It’s well up with the best inkjet print we’ve seen from £100 inkjets, though.

Colour print from our sample was slightly banded, as if not all the jets were firing continuously. Photo prints didn’t show any of these problems, however, and were both natural and highly detailed. 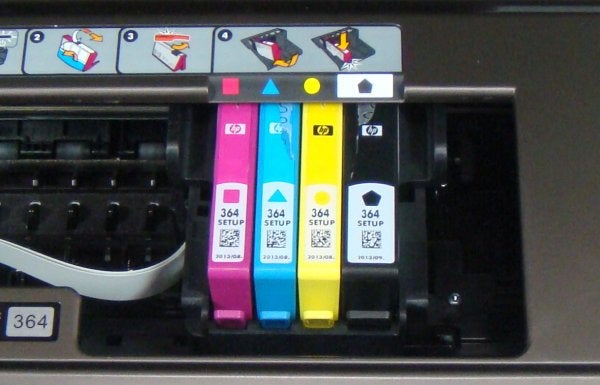 Online prices for inks continue to vary quite widely, not just from supplier to supplier, but also over comparatively short times from the same supplier. The 364, and particularly the 364XL, cartridges have gone up by over £1 each since we last tested a printer using them, so the page costs have risen correspondingly.

We now calculate an ISO black page to cost 3.2p and an ISO colour page to cost 8.4p, both including 0.7p for paper. Both these figures are little above average for a machine in this price range, but not so far as to make the machine uneconomical to run.

Verdict
The HP Photosmart 6510 is a practical and well appointed home all-in-one, with comprehensive wireless print options from mobile devices as well as useful, if low capacity, dual trays. Prints are generally good, though they would be quicker if the printer didn’t faff about so much before starting each job.