What is the HP Pavilion Mini?

Desktop PCs are shrinking in size, and HP’s Pavilion Mini shows off just how far the once-hefty home computer has come. While not as compact as a PC stick, the Pavilion is a small, stylish box that takes up barely any of your precious desk space.

However, has HP focused a little too much on form over function? Read on to find out. 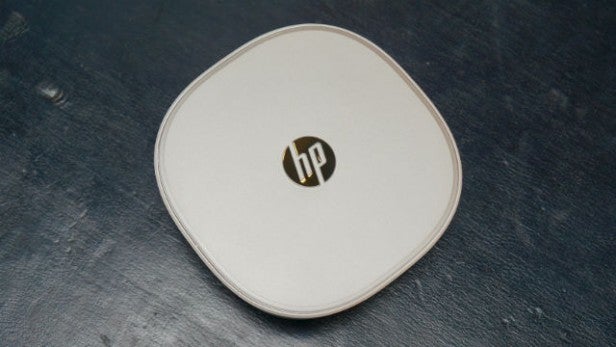 Around half the size of a takeaway box but far more appealing, the Pavilion Mini is one of the best-looking desktops on the market. Clad entirely in smooth, soft-touch plastic, it’s clean and simple.

The Mini is essentially a cuboid, with curved corners and sides. It’s dotted all round with ports and cooling grilles. The flat, grey top panel featuring the HP logo is held in place by the all-encompassing light-silver chassis, although it doesn’t sit tightly enough in its frame. It wiggles around at the slightest touch.

Overall build quality is good, however. The main shell is sturdy and the cushion of black rubber on the base helps to keep the Mini stable on your desktop.

Despite being relatively light, at just under 650g, the Mini feels heavier because it’s so compact. This isn’t a bad thing, however: the Mini is reassuringly weighty.

Measuring 14.4 x 14.4 x 5.2cm, it’s larger than the Intel Compute Stick, but still very small. You’ll easily find room for it on a desk, no matter how small or cluttered it is. 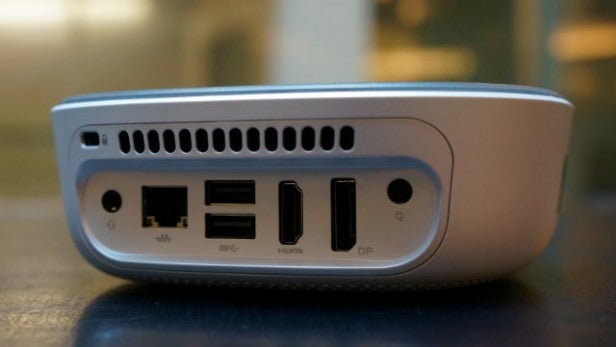 Getting the HP Pavilion Mini up and running is a doddle if you’ve set up a Windows PC before. Even if this is your first time, it won’t be a great deal harder.

However, there’s one big barrier to get around from the off. Apart from the charger, HP doesn’t include any cables in the box.

To hook up the Mini to a monitor via either DisplayPort or HDMI (or two screens using both ports), you’ll need to use your own cable.

Once you’ve connected the Mini to your monitor, just switch it on and follow the on-screen instructions. Since there are four USB ports on board, you can hook up your keyboard and mouse immediately and breeze through the standard Windows 8.1 setup process. 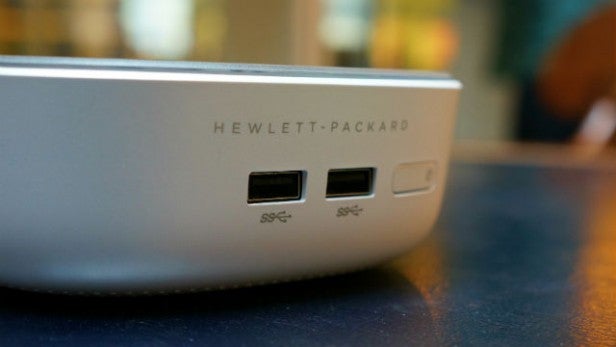 Windows 8.1 is the Mini’s operating system of choice, although you have the option of upgrading to Windows 10 for free. As is often the case with affordable PCs, HP has bundled a wide range of programs. Some are useful, others we could live without.

Drive, Photo and Music are HP’s alternatives to programs such as Google Drive and iTunes. SimplePass and the Support Assistant, meanwhile, are irritating. You can use the former to remember your passwords, and a full-width banner frequently pops onto the screen in an attempt to lure you in. The Support Assistant, which is essentially a HP-branded version of the Control Panel, crashes on a regular basis.

In addition to all of the above, HP provides 25GB of free Dropbox storage, although this expires after only six months. You also get three months of Evernote Premium and a one-month trial of McAfee LiveSafe.

If all of that wasn’t quite enough, you also get a free copy of Farm Frenzy and ten sessions of Plants vs Zombies. Through Mysms, you can also send and receive texts on the Pavilion. 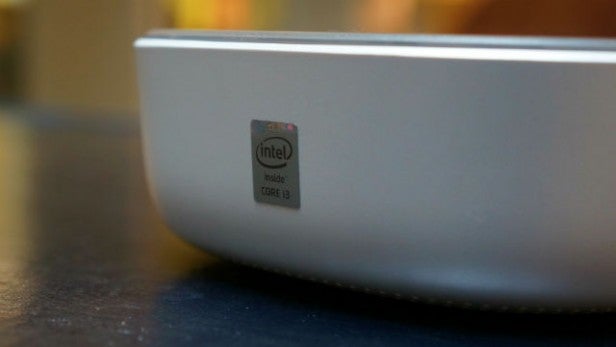 So far so good then. However, it’s with performance that things take a turn for the worse. Our review sample runs on a dual-core Intel Pentium 3558U processor, paired with 4GB of RAM, although two higher-grade models are available.

It’s a basic setup, designed to handle light tasks. However, from the outset, the Mini proved sluggish and unreliable.

The first time we used it, programs took a few seconds longer than they should have to launch, while the cursor occasionally froze on-screen, despite only Chrome and Skype being open at the time. A couple of hours of light browsing is all it took to see the Mini crash. Not a good start.

However, these largely appear to have been teething problems.

While we’ve encountered some performance issues since, they’ve been less crippling and fewer and further between. Basic web browsing and word processing duties are handled by the Mini with ease, but the same can’t be said for multi-tasking.

With three or more programs running simultaneously, the cursor quickly becomes jolty and animations begin to stutter. The lag becomes even more pronounced when videos are brought into the mix. While this is annoying, the Mini remains usable. 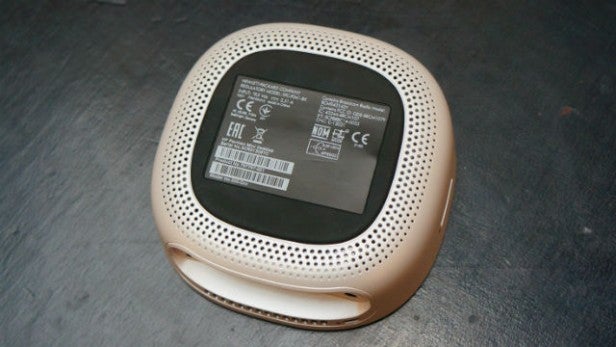 What takes the Mini over the edge is leaving it on for extended periods of time. After failing to shut it down for one night, it was extremely unresponsive the following morning. So much so that we had no option but to restart it.

Considering its size, the Pavilion squeezes in a generous range of ports and connections. The front houses a pair of USB 3.0 ports, with the SD card slot on one of the sides giving you the option to boost the 500GB of internal storage.

Most of connections sit on the rear. From left to right, there’s a Kensington security lock, headphone jack, Ethernet port, another pair of USB 3.0 ports, HDMI, DisplayPort and the charging slot. 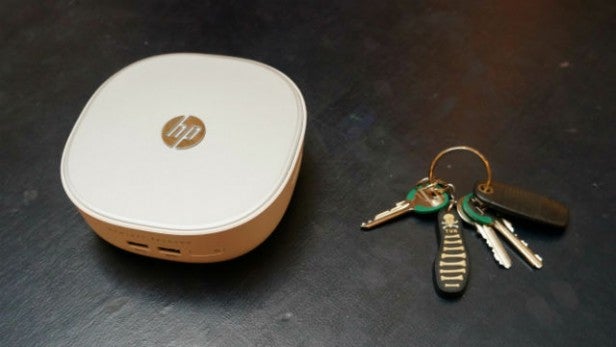 Should I buy the HP Pavilion Mini?

If you’re after a desktop for casual use, the HP Pavilion Mini is a good option. If it will be used as your main PC, however, we’d consider a higher-spec model. After all, our sample wasn’t the smoothest of operators.

Performance aside, the Pavilion is a nifty package. It’s small, looks great, build quality is good and it offers an excellent range of connectivity. The list of bonus apps with which it comes pre-loaded is also generous, although it might intimidate some users.

While the £249 basic version of the Pavilion Mini is cheap, it isn’t exactly astounding value for money. The next-level Mini costs £100 more, but is still supplied with only 4GB of RAM. An 8GB model is available, but it isn’t yet available in the UK. In the US, it’s currently priced at $720 (£460).

When you consider that the very capable HP Stream 11 laptop can be picked up for only £160, the Pavilion Mini seems overpriced. It’s certainly better to use than the Intel Compute Stick, but it’s at least twice the price too.

Sadly, the HP Pavilion mini desktop isn’t as slick as it looks.