HP has been on a winding road with its laptops recently, with models like the Pavilion dm4-3000ea Beats Edition disappointing us while at the same time the Pavilion dm4-2101 set new standards by lasting over nine hours on a charge. Now we’re looking at the HP Pavilion dv7 Beats Edition, a 17in laptop that will hopefully tread the middle ground between the power and style of the former while managing some of the performance and value of the latter. 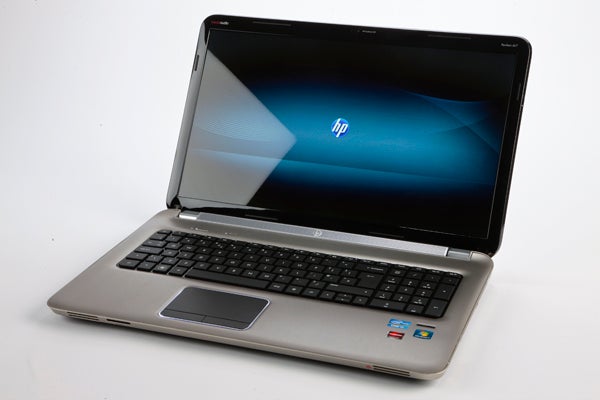 A premium, stylish machine dressed in brushed aluminium, the HP Pavilion dv7-6b51ea Beats Edition sports some powerful bits under the hood too. Our particular model sports a quad-core Core i7 processor and AMD Radeon HD 6490 graphics card, backed by 8GB of RAM and a whopping 1TB hard drive. A Blu-ray drive and of course Dr. Dre-certified Beats speakers affirm this Pavilion’s status as a multimedia powerhouse.

Despite its desktop-replacing size and internals, the Pavilion dv7 Beats Edition is relatively slim-looking and very attractive. Rather than the usual Beats red and black, this time around we’re treated to a gorgeously minimalist brushed aluminium body, with only the glossy black plastic screen bezel to detract from its luxury. This is also the sole part that picks up fingerprints in any noticeable way. 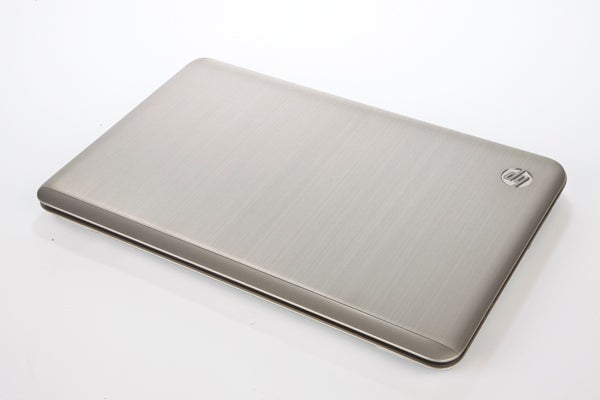 The lid sports the usual white-backlit HP logo we find on most of its premium machines, and this is matched on the laptop’s inside by a white LED surrounding the touchpad and several small indicators for power, charging and drive activity. It’s not quite as pretty as a 17in Macbook Pro, but it definitely comes close, and we prefer its more rounded edges. 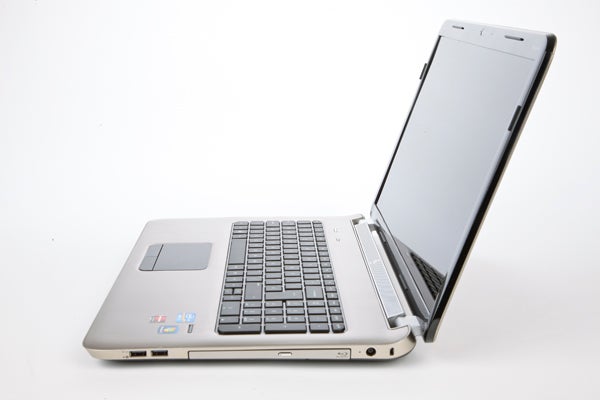 Build quality is pretty good too, though there is a hint of creak here and there. Overall though, the HP Pavilion dv7 Beats Edition feels as premium as it looks. Don’t be deceived by its sleek lines and tapering edges, however: the dv7 Beats Edition is a proper desktop replacement laptop with a profile that’s 3.6cm high and weighing in at over 3.4kg.

Connectivity matches what we’ve come to expect from a high-end consumer laptop. On the left we have the (ever more redundant) VGA connector and HDMI 1.4 for video, a Gigabit Ethernet port, twin USB 3.0 ports and three audio jacks for analogue surround sound. 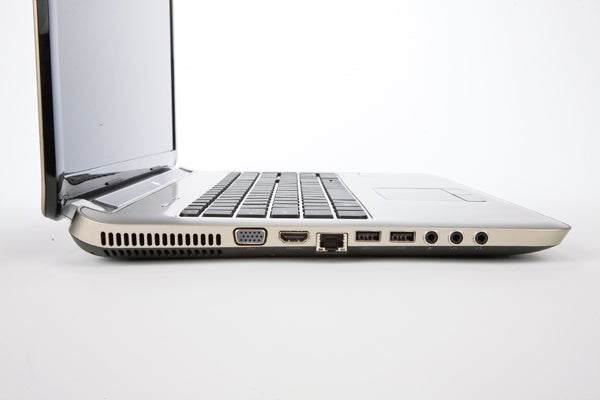 The front houses a memory card reader while the right side hosts two USB 2.0 ports and the tray-loading Blu-ray drive. Wireless is handled by Bluetooth and Wi-Fi N, with an HD webcam taking care of video-calling duties.

The Pavilion dv7 Beats Edition’s chiclet keyboard features an excellent layout with full-size number pad. The matt keys feel nice under the finger and offer a good amount of travel paired with crisp action. As usual, HP is beaten only by Lenovo when it comes to the best portable typing experience going; the Lenovo ThinkPad W701ds is still the closest a laptop has ever come to matching the superb IBM mechanical keyboards of yore. Our only complaint is the lack of backlighting, which should really come standard on a large laptop costing nearly £1,000. 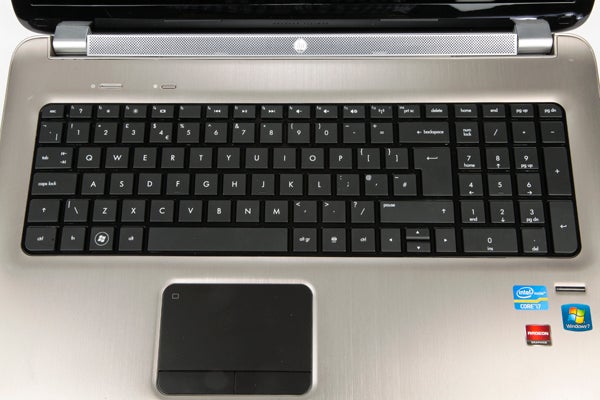 As with the Pavilion dm4-3000ea Beats Edition before it, the touchpad features distinct physical buttons but still offers a large usable surface. It’s smooth to the touch and very responsive, and the well-positioned buttons give a distinctive click. 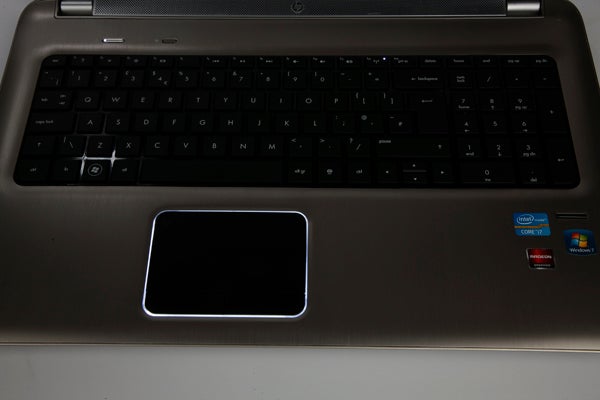 One of the most important elements on any multimedia laptop is its screen, and this Beats Edition offers a good 17.3in effort with a 1,600 x 900 resolution. While lower than the 1,920 x 1,080 (Full HD) resolution we might have expected at the price, it should still be plenty for most and is a step up from the 1,366 x 769 pixels found on many 17in laptops. 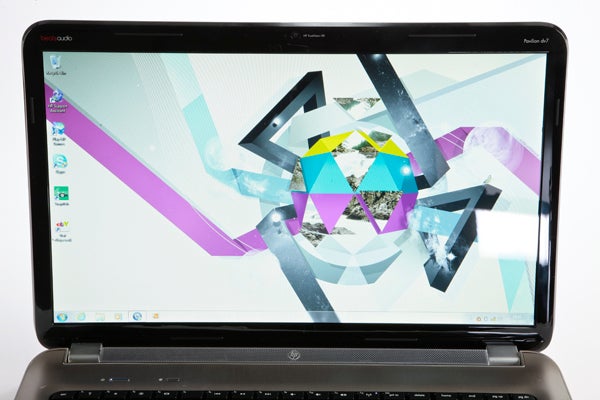 Though the panel used is TN, vertical viewing angles at least are excellent. Unfortunately it doesn’t display the Samsung Series 9’s surprisingly good horizontal ones, so you’ll still need to angle the hinge right to get the most out of it. Once you do, however, watching with a few friends won’t be an issue.

Colours are bright and punchy while blacks are deep and reasonably detailed; only the subtlest dark shades posed an issue for the screen. Backlighting was nicely even with only the subtlest bit of bleed from the upper sides of the display, something you shouldn’t notice in the majority of movies or games. The glossy finish enhances perceived contrast and saturation, but does cause annoying reflections. 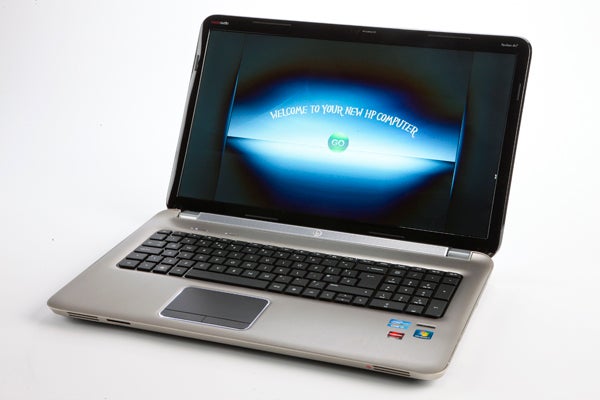 So the Pavilion dv7 Beats Edition’s screen is pretty good for entertainment, but does its audio match up? Thankfully, the dv7 sounds better than the Pavilion dm4-3000ea Beats Edition, which was good but not good enough to justify the Beats hype. This Beats laptop packs a bit more punch, with decent bass from the integrated subwoofer and a respectable maximum volume. 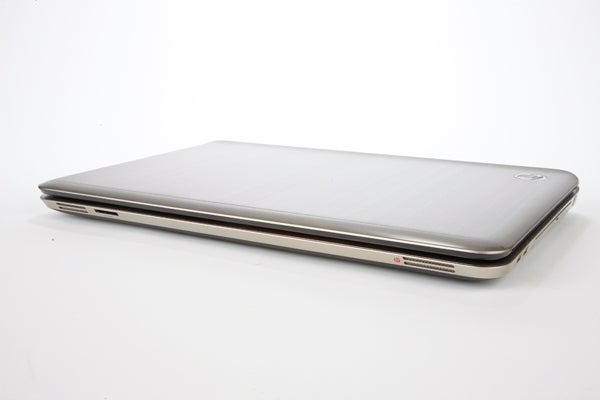 Don’t try switching off the Beats processing though (achieved by pressing ‘Fn’ plus ‘b’), as the resultant shallow sound will leave you with a tinny taste. In fact we have to wonder why the option to disable it is there at all… It’s also worth noting that the Pavilion dv7 Beats Edition doesn’t come with Beats headphones, as so many of its similarly branded cousins do.

You would expect some serious performance from a £950 laptop and, for the most part, the Pavilion dv7-6b51ea Beats Edition delivers. The CPU of choice is Intel’s Core i7-2670QM, a quad-core processor with support for up to eight virtual cores. It runs at 2.2GHz by default but can Turbo clock up to 3.1GHz, and will happily chomp its way through even the heaviest workloads. Incidentally, it’s the same chip we saw powering the Wired2Fire Vector Elite, a £1,500 gaming laptop.

8GB of RAM complements the CPU’s performance nicely. For permanent storage we have a 1TB hard drive, but no SSD. This is even more problematic as the HDD is a rather slow 5,400rpm model, resulting in relatively slow bootup times and long app loading times. On a system costing this much we would at least have expected a faster 7,200rpm drive or indeed an SSD. On the bright side, HP’s ProtectSmart tech will stop the drive if its accelerometer detects a fall, leaving your data more chance of surviving intact.

Graphics duties are handled by an AMD Radeon HD 6490M with 1GB of RAM. The 6490 is a budget to mid-range discrete card, slotting in below the 6500, 6600 and 6900 series. But at least it’s the top of its specific range, and will just about handle light gaming at low resolutions. TrackMania Nations Forever, for example, ran at a relatively smooth 55.1fps (frames per second) average, albeit at 1280 x 720 resolution and on Medium Detail. On the other hand, firing up Stalker: Call of Pripyat on the same settings got us an unplayable 25.7fps, so anyone who’s half serious about 3D gaming should look elsewhere. 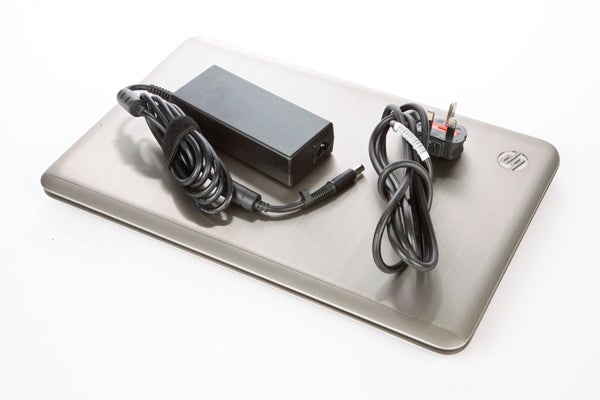 Before we check out battery life, it’s worth mentioning HP’s CoolSense tech. This uses a sensor to detect whether the laptop is stationary (on a desk) or being used on your lap, and automatically adjusts clock speeds accordingly to regulate heat. This ensures you don’t feel like you could be frying an egg on your lap and keeps those fans from spinning up too much if you’re blocking any of the vents. Indeed, the Pavilion dv7 Beats Edition stayed nice and quiet throughout our testing.

Generally, desktop replacement laptops don’t fare too well when it comes to lasting away from the mains, but after the superlative performance of the Pavilion dm4-2101 with its nine hours, we had high hopes for this dv7. We weren’t disappointed either, as this 17in HP managed over six hours – that’s one of the best results we’ve yet seen from a consumer machine with a large screen and power-hungry innards. 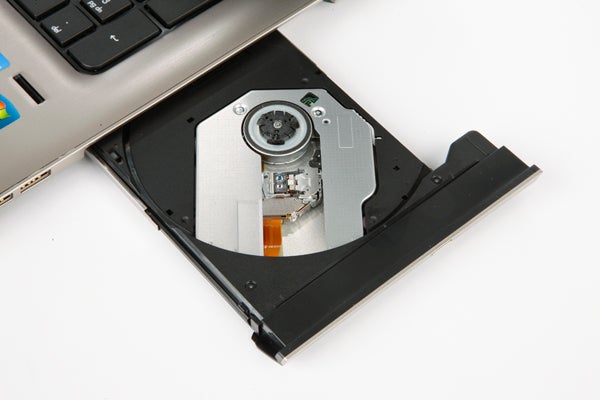 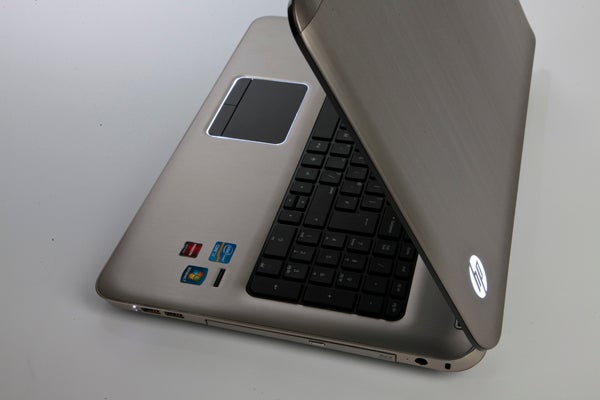 Unfortunately, as with the other Beats Edition laptops before it, the £950 Pavilion dv7-6b51ea’s main stumbling block is its price, as you can easily get laptops with similar specifications – including screen resolution, CPU/GPU power, memory and storage – for under £800. However, they might not look as nice and most certainly won’t last as long on a charge, so if you’re looking for an attractive 17in laptop that you can take out and about, it may well be worth the premium. 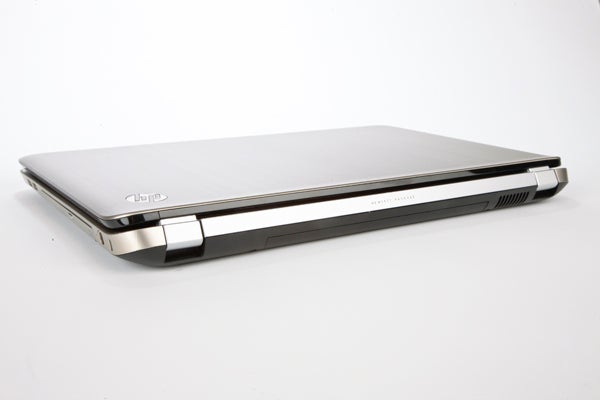 Also consider that Apple will charge you more than double for a similarly configured MacBook Pro – £2260, in fact, and that’s without a Blu-ray drive. It might offer considerably more for that money – better build, better screen, slimmer profile, longer battery life, backlit keyboard and an arguably nicer OS – but in practical terms it’s simply not worth that difference. We’d much rather have this laptop plus a new iPad 3 and iPhone 4S, for instance. However, if you don’t mind a slightly smaller screen and don’t need Blu-ray, the award-winning Samsung Series 7 Chronos is a far better choice than either.

The HP Pavilion dv7 Beats Edition, and specifically the dv7-6b51ea
model under review, is a stylish 17in desktop replacement laptop that’s crammed
with power despite its slow hard drive. You do pay a premium, but if you want
the closest thing to a 17in MacBook Pro or you need a large laptop that will
last you hours away from the mains, it might just be worth it.