The HP Omen X 2S is a dual-screen gaming laptop – the first of its kind, according to HP. The Omen X 2S brings radical new thinking to a form factor that was already pretty outside of the box.

Thankfully, HP hasn’t just whacked a screen on this system without thinking about it. The HP Omen X 2S includes a range of features such as dedicated keys to help you utilise the screen to its fullest.

And this gaming laptop isn’t just about the dual-screen setup, packing a punch across the board. But is it an aspirational or a niche kind of purchase? Or is this a viable option for a hardcore PC gamer who wants some portability?

The HP Omen X 2S is slimmer than many gaming laptops with similar designs, but it remains rather chunky.

It has a plastic feel across much of the body and seems cheap for the amount you’re paying. However, the keyboard, trackpad and mouse buttons all feel towards the premium end and are very pleasant to use. 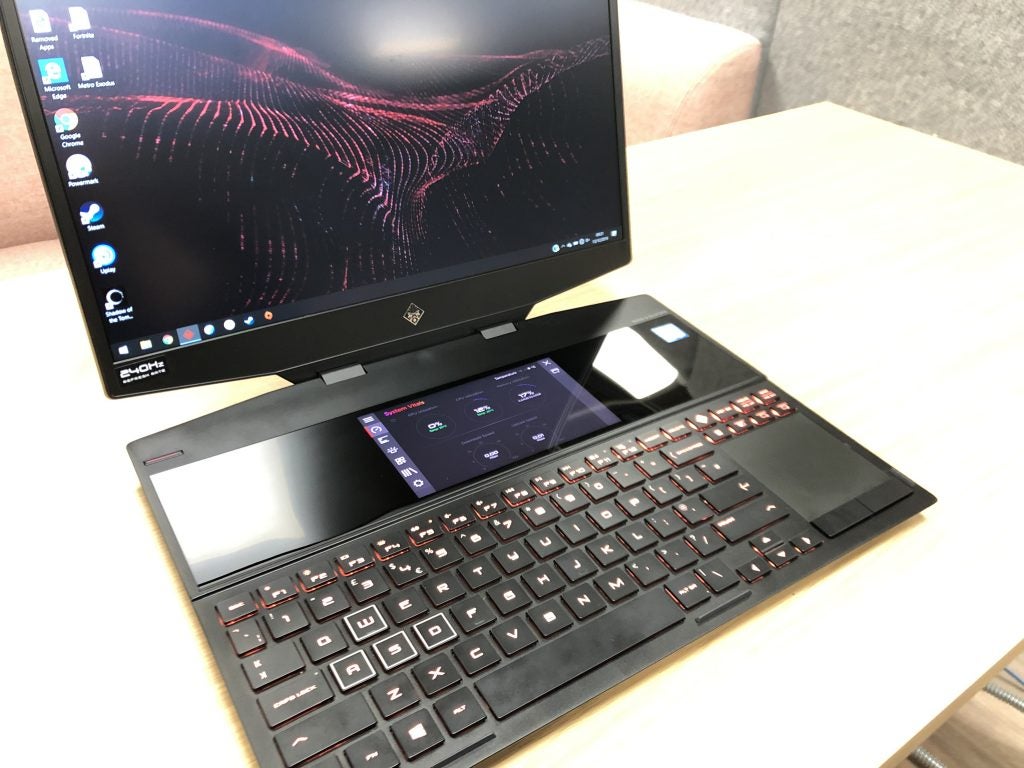 The HP Omen X 2S design looks quite nice, but turn the second screen on and it becomes jarring and unsightly to see the space wasted at each side of the display.

Regarding ports, the laptop has a good selection. There’s an HDMI 2.0 port, three USB-A 3.1 ports, a USB-C Thunderbolt 3 port, an Ethernet port and a headphone jack. There’s not much else you could wish for on that front.

Prospective owners of the HP Omen X 2S won’t need to worry about keyboard performance. The keys are very clicky (especially for a laptop) without being overly loud, and offer a top-class experience across gaming and everyday tasks. 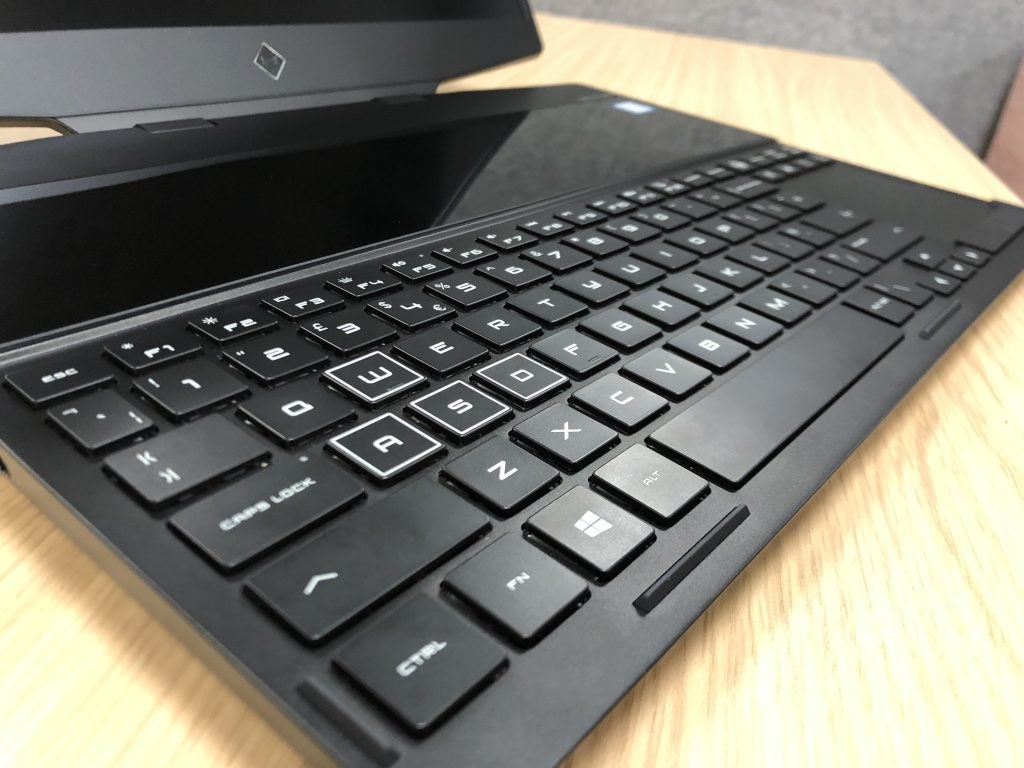 The HP Omen Command Center also offers a range of backlighting options for the keys too, giving this laptop that flashy look that many gamers crave.

The trackpad and mouse keys function decently enough, but is positioned unnaturally causing for a uncomfortable experience. It’s fine for everyday use but you’ll have a much better time with a mouse attached.

The HP Omen X 2S sports a 240Hz Full HD display – a combo that will make many any avid gamer prick up their ears.

The display brightness tops out at 295 nits – just about the average for a laptop – and the colour temperature errs on the blue side. However, the HP Omen X 2S display is capable of producing a wide range of colours with a 91% sRGB coverage. This means video games and digital art should look like the creator intended, with little distortion. 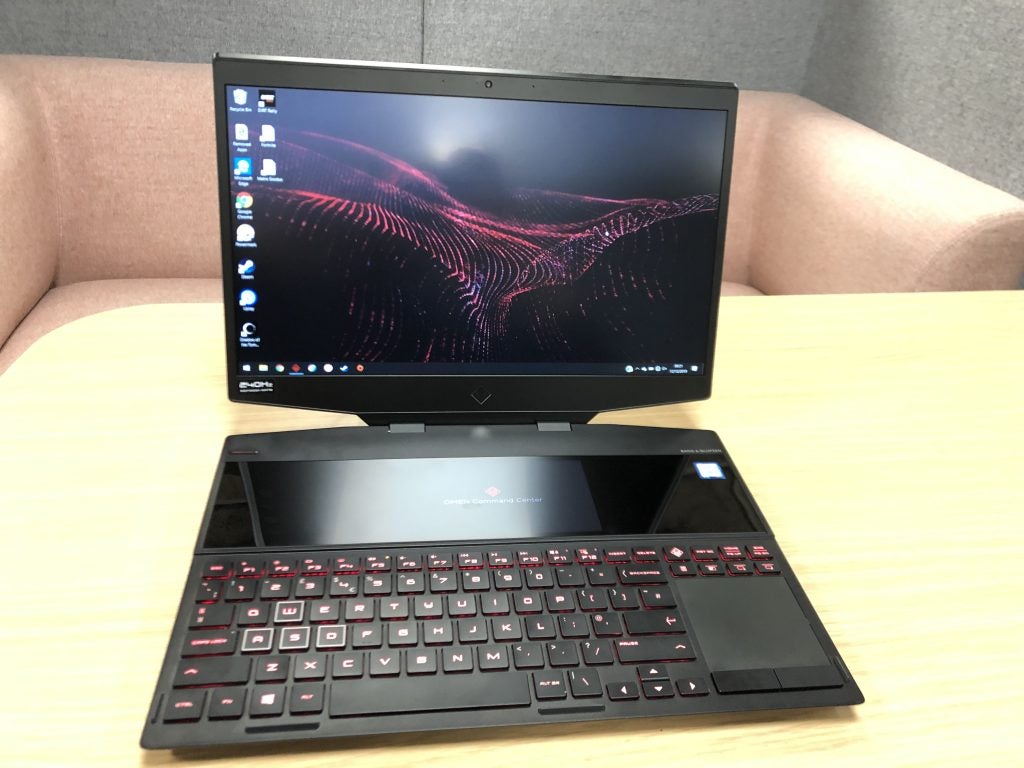 However, the 64.0% Adobe RGB and 67.1% DCI P3 scores were unsurprisingly low, ruling out the HP Omen X 2S as an ideal laptop for creative work.

While the machine’s performance isn’t enough to make the most of 240Hz screen when playing AAA games at Ultra settings, the display provides buttery-smooth  gameplay usually between 60fps and 160fps.

The HP Omen X 2S gives out some of the best specs of any gaming laptop we’ve tested. Our review model came with an Intel Core i9-9880H processor, 32GB of RAM, 1TB of SSD storage and a Nvidia GeForce RTX 2080 Max-Q.

The specs of the HP Omen X 2S offer top-notch 1080p performance, particularly thanks to the RTX 2080 graphics card, which is one of the most powerful you can find in a laptop.

This translates to an excellent gaming performance, beating out competitors such as the Razer Blade 15 and Asus ROG Zephyrus S GX502 for titles such as Shadow of the Tomb Raider and Dirt Rally.

The HP Omen X 2S offers a performance mode too, which ups the GPU power for even higher frame rates. For low intensive titles like Dirt Rally, this sees an incredible 48fps boost.

You do have to make a compromise for this performance boost though, as activating it will see the fans make an annoying loud whirr and the laptop heat up to uncomfortable temperatures.

The HP Omen X 2S also showed great read and write speeds at 2522.68 MB/s and 2854.87 MB/s respectively. This is not to be understated, as it ensures the laptop doesn’t take too long to load and save files, which is obviously important for running video games. 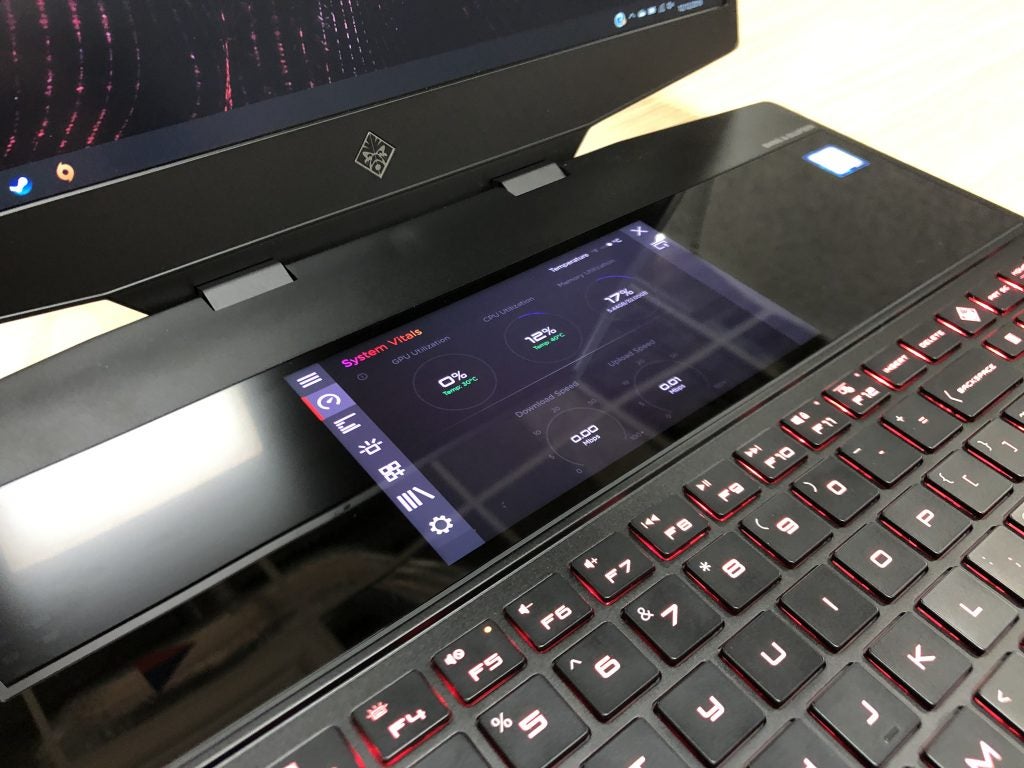 The HP Omen Command Center gives you a variety of ways to use the second screen, from keeping track of thermals and zooming in on aspects of the main display – like a mini-map, your loadout or crosshairs when gaming – to non-gaming functionality like chat apps and social media feeds.

The second display acts as an external monitor, so technically you can drag any window you like into it, although its tiny size ensures you probably won’t want to use it for spreadsheet work.

While all this functionality sounds handy, it ultimately doesn’t feel that useful when you are concentrating on a game on the main display. I rarely looked down to see what was happening on the lower display, and found it most useful for chats and social stuff.

You really can’t expect much battery life when it comes to a high-performance laptop like this, but that doesn’t mean it shouldn’t be a consideration.

In our battery benchmarking test (Powermark), the HP Omen X 2S only managed 2hrs and 40 mins. This is slightly higher than the Asus ROG Zephyrus S GX502 but is surpassed by over an hour by the Razer Blade 15.

Of course, when gaming you’ll want this laptop plugged in to get the best performance, so the meagre battery life is only really an issue when you’re using it as a traditional laptop for video streaming, web browsing and the like. 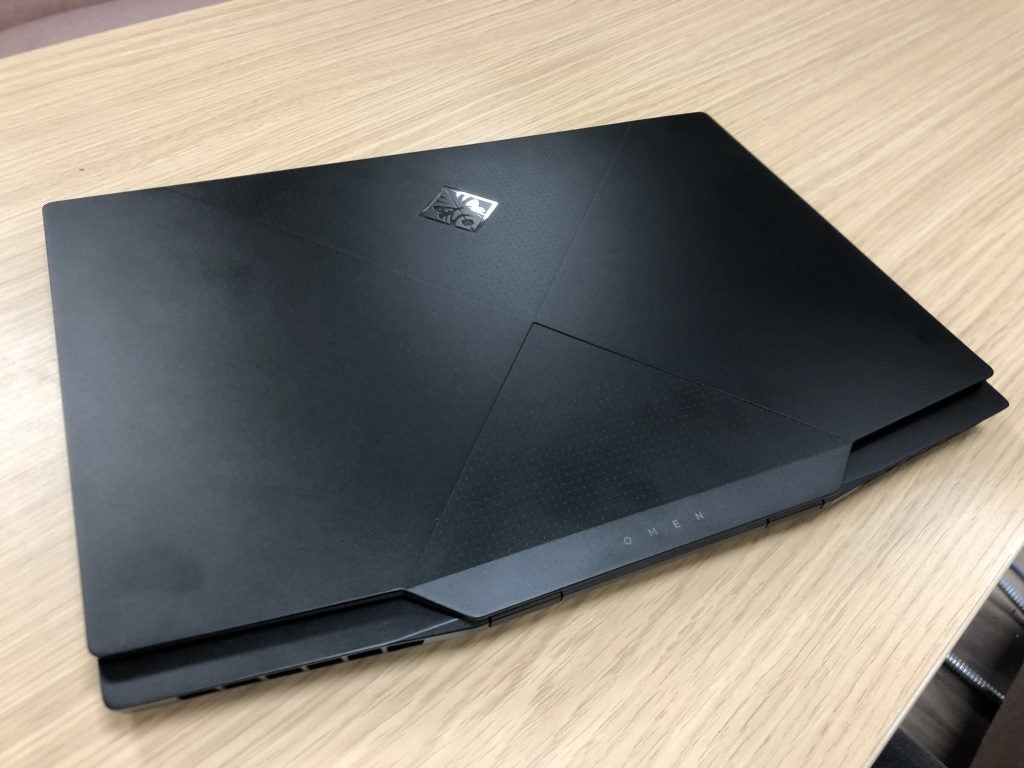 Should you buy the HP Omen X 2S?

The HP Omen X 2S is a powerful gaming laptop and has few equals when it comes to performance. However, unless you have a burning desire for a mildly useful second screen, you are paying a premium.

As demonstrated in our tests, the Razer Blade 15 (with an RTX 2080 Max-Q) offers comparable internals with similar results, and is priced at around £500 less. You can also get a non-second-screen HP Omen 15 with fairly similar specs for almost £800 less. Since the second screen really wasn’t that useful, it’s really difficult to recommend the HP Omen X 2S.

If the Nintendo DS-esque screen does appeal to you though, and think you’d get a lot of joy from using it for your mini map or sniper cross hair, then you’ll be pleased to have one of the best-performing laptops we’ve tested yet. That said, the awkward placement of the trackpad and underwhelming battery life remain negatives.