This isn’t the first area where the Omen fails to compete with either rival. Our standard battery benchmark sets the screen to 40% brightness and runs a web-browsing and video-chat simulation. The Omen’s battery lasted for 3hrs 12mins.

That’s only eight minutes behind the MSI, but it’s more than two hours less than the Alienware – and perhaps a symptom of this slimmer, lighter machine having less room for a battery.

This three-hour lifespan in our undemanding benchmark doesn’t bode well for gaming. Expect around 90 minutes before finding a power source will become necessary. The Omen recovered a middling 32% of its battery during a 30-minute charge, which means it’ll last for only about an hour before falling over. 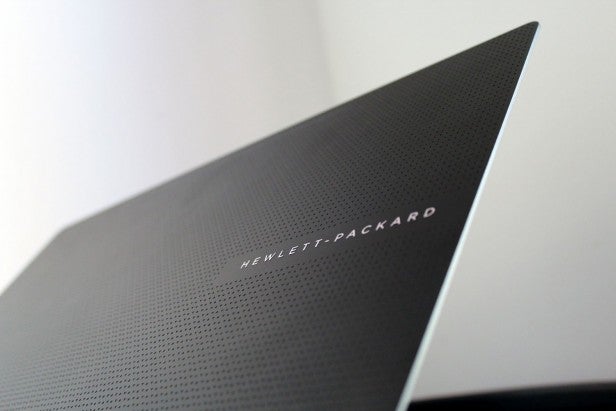 The GTX 860M – which is built using current-generation hardware, despite its name – proved impressive in games benchmarks. Its BioShock Infinite average frame rate of 53fps matched the MSI machine housing the GTX 960M graphics core, and in Battlefield 4 at High settings the Omen averaged 42fps.

Only in Crysis 3 did the HP falter, with its best result coming with an average of 27fps in the game’s Low settings. Despite this, it’s clear that this machine has the power to play almost every game at impressive levels of quality.

The HP’s theoretical results backed up its gaming abilities. Its 3DMark Fire Strike result of 3,736 is only a couple of hundred points behind the MSI, and it drew level with the MSI GE62 in the Unigine tests. The Alienware was consistently better, with a score of 6,308 in the Fire Strike test and 71fps in BioShock, but that’s no surprise – it’s powered by an Nvidia GeForce GTX 970M graphics core. 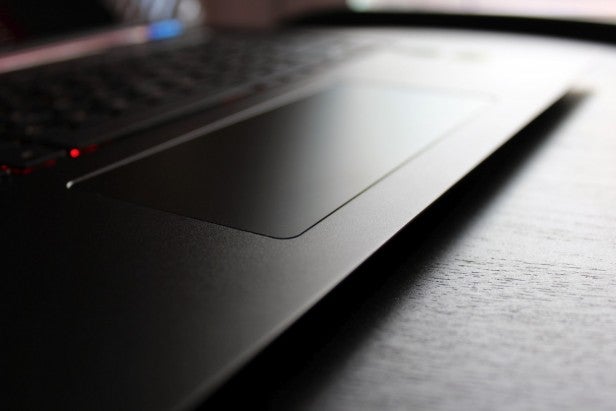 The combination of processor, memory and SSD helped the Omen race through our application tests. Its result of 5,975 in the PCMark 7 benchmark was better than both rivals, and its 12,636 score in Geekbench is one of the best results we’ve ever seen, and barely behind the Alienware.

That M.2 SSD raced through our storage tests, too. Its sequential read and write results of 727MB/sec and 648MB/sec are faster than any SATA-attached drive – including the SSDs in the MSI and Alienware models.

It’s a good set of benchmarks, but the Omen struggled when pushed to its limits. The processor’s top temperature of 88°C is a worry, and the graphics core peaked at a warm 82°C. Those figures rose to 97°C and 88°C when the components were stress-tested together. That’s higher than virtually every rival.

The heat had several knock-on effects. The graphics chip throttled to around 600MHz, and the processor wasn’t able to use its Turbo boost, which could have allowed the chip to reach 3.5GHz. The noise wasn’t too loud – certainly quieter than many gaming laptops – but stress-tests saw the middle of the base panel heat to uncomfortable levels. We wouldn’t play games with this machine on our laps if we were wearing shorts. 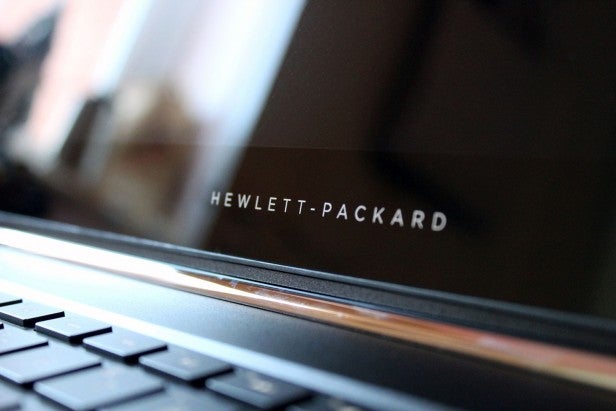 There’s no doubt that the HP Omen is a head-turner. It has a classy design and an exterior that has the competition beat for weight and thickness. It’s topped off with smart LEDs, high-end features and a glossy, eye-catching touchscreen. Performance is good thanks to a well-balanced specification – the Maxwell-based graphics core will run any game – most at high settings – and the ample memory, fast storage and quad-core processor all play their part.

Get down to the nitty-gritty, though, and the Omen will fall behind. Its keyboard and trackpad both suffer in comparison to other machines, and the screen – while good – is better elsewhere. The battery is similarly afflicted.

And then there’s the price, which is just too high. The MSI machine delivers similar performance without the panache for £400 less, and the Alienware delivers more graphical power inside an admittedly bulky machine that’s almost £200 cheaper.

The Omen is tempting if you want a laptop that will turn heads, but serious gamers can get similar performance for less money or more power for a similar amount of cash.

Not convinced that this is a good Omen? Take a look at our guide to buying the best gaming laptop, or discover which headset would be best for gaming.

The Omen attracts attention with its smart design and a build that’s slimmer and thinner than rivals. With reasonable gaming power and a well-balanced specification elsewhere, it’s a system where style is as important as substance. However, more powerful and well-rounded laptops are available for less money.