There is now a laser printer for the eBay merchant, the HP LaserJet Pro 200 Color MFP M275nw. Well OK, you could use it for other things, but the key feature of this machine is its scanner, which is really more of a rostrum camera. Most flatbed scanners have a focal length of a few millimetres and are
only really suitable for scanning paper originals, but this machine can
handle objects up to around 150mm high. HP has incorporated it into a small business, colour laser all-in-one and we’re not completely clear of the logic to this. 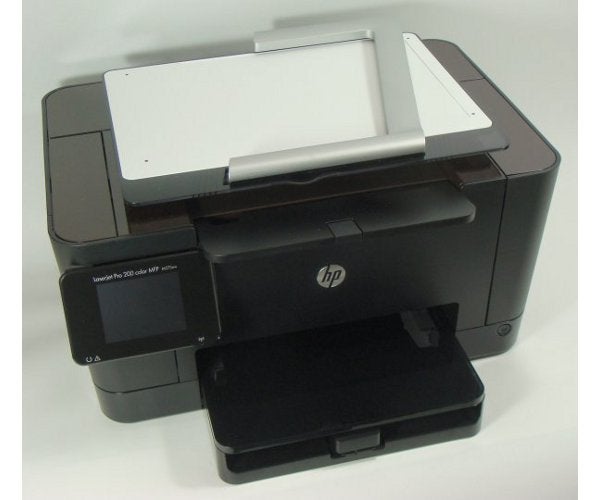 The scanner looks quite a bit different from the norm, as for a start it isn’t integrated with the laser printer engine. The scanner head, which is an 8Mpixel camera with LED flash lamps set either side of it, is mounted on a folding arm which sits about 200mm above the scanner tray. The tray is a single, white sheet of plastic, which is removable for when you need to change the printer’s toner cartridges or photoconductor drum.

Below the tray and to the left is an 89mm touchscreen, with dedicated touch buttons down either side. This is on a ratcheted support, so it can sit at any of seven angles, but you do have to press the touch screen quite hard to operate on-screen buttons and this can ratchet the screen down, which is annoying. 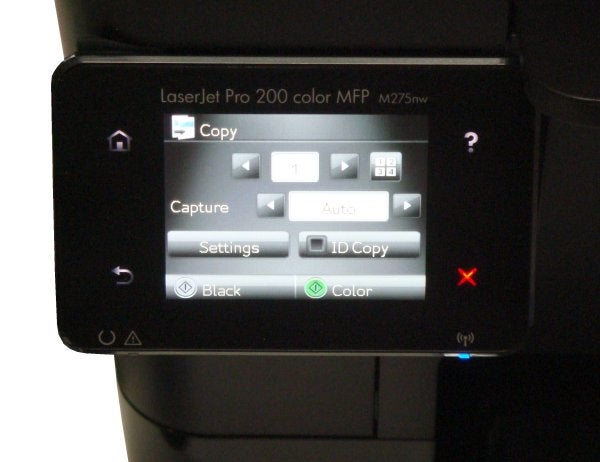 Many colour lasers have a front panel USB socket, not just for secure printing, but for scanning to PDF or jpg files in a USB drive. Given the novelty of the scanner, which might well be used for direct scanning, it’s surprising there’s no such socket on the machine.

There are USB and Ethernet ports at the back, though, and the machine will also link wirelessly, with fast, single button set-up, if the router supports WPS. HP has built ePrint and AirPrint protocols into the machine, so it can be configured quickly to print across the Internet and directly from Apple devices.

The printer comes with its cartridges and drum pre-installed, so set up is quick and the supplied software works well with the scanner, so you can quickly create a series of scans from the tray.

The scanner on the HP LaserJet Pro 200 Color MFP M275nw takes 8Mpixel pictures of what’s on the scanning tray – the results are no more 3D than a regular photo. When you scan, software within the machine combines images from six different shots, three with flash and three without, to eliminate shadows and present a relatively clean image on a white background. This is ideal for product shots, as long as the products are small and not too shiny.

If they are shiny, the scanner may have trouble capturing them, as we found scanning a sample camera, which has a brushed aluminium face. There’s also a limit on the height of objects that can be scanned, not just the height of the camera bar above the tray, but also a problem with lens distortion, which enlarges parts of objects disproportionately, as they get nearer the camera. 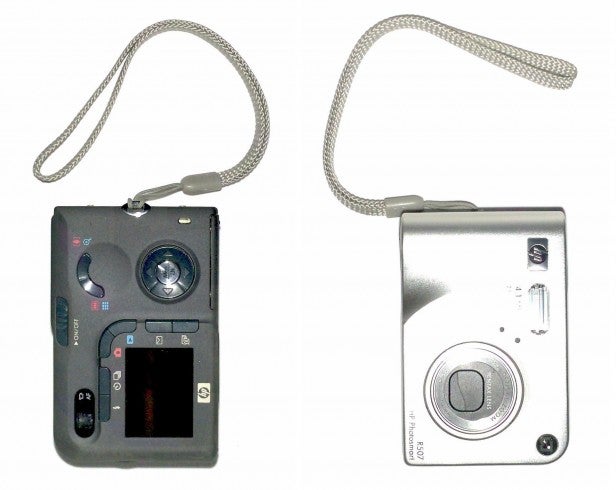 The printer uses the same engine as in the https://www.trustedreviews.com/hp-laserjet-pro-100-color-mfp-m175a_Printer_review HP LaserJet Pro 100 Color MFP M175a and we saw almost identical speeds in the text and graphics prints. The machine gave a top speed of 12.8ppm printing black, but only 3.4ppm with colour graphics, because of the slow, carousel-based print engine. Compare this with 7.3ppm from the similarly priced http://https://www.trustedreviews.com/xerox-workcentre-6015v-ni_Printer_review Xerox Workcentre 6015V/NI. 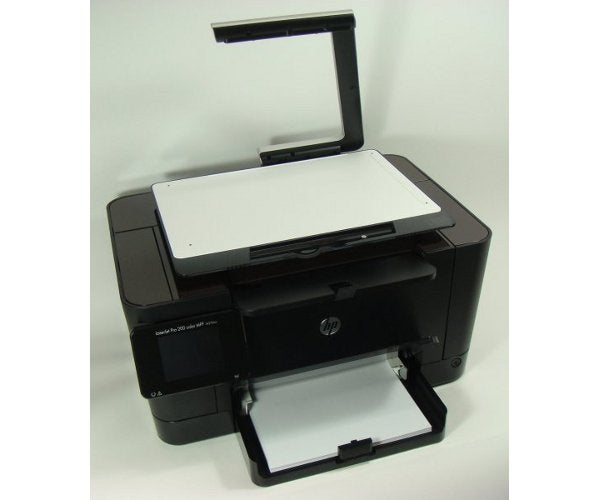 Print quality is good on both black text and colours, with dense, solid shades and bright hues. Single sheet copies from the tray are not quite as accurate as from a conventional flatbed, but adequate for day-to-day work. All scans take around 45s, which is comparatively slow. 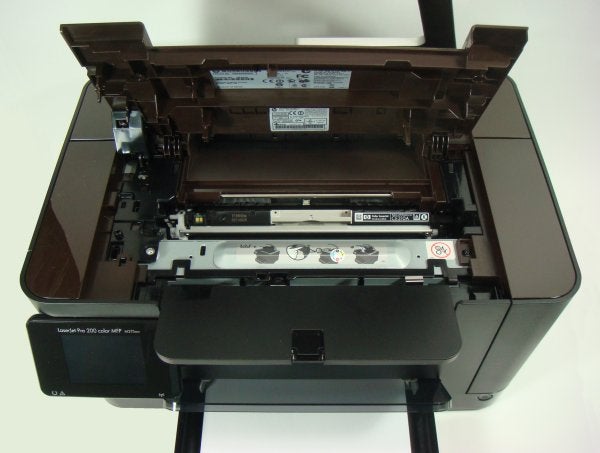 There’s been a move to increase the running costs of cheaper colour lasers and last year Dell and Xerox set the bar at around 19p per ISO colour page, including 0.7p for paper. HP has now joined them and given that an ISO page has only around 20 percent cover, you’re not getting a lot for your 19p. A black page comes out at around 4.7p, which isn’t cheap, either. We believe these costs are much too high, on a machine costing nearly £300.

Verdict
HP’s ‘3D’ scan technology is clever, but we do wonder why it’s attached to a laser printer, or indeed any printer. As a standalone scanner, particularly with height adjustment and direct scan to a USB stick, it could be a very handy Internet marketing tool. As it is, with a slow, expensive-to-run colour laser underneath, it’s not a machine with an obvious role.