What would you expect, if you were going to pay £1,000 for a mono laser printer? At that sort of price, you’d probably want a good speed, several feed trays, a duplexer, networking, PostScript as well as PCL and a lot of expandability. HP ticks all those boxes with the LaserJet P4015x, part of a new range of printers aimed at workgroups of 10 to 15 people.


This printer is a lot taller than most mono lasers we’ve tested, but mostly because it comes as standard with a second paper tray. Since both trays can hold 500 sheets, it makes the machine quite high off the desk. There’s a 100-sheet multi-purpose tray, too, which pulls down from the front of the printer. 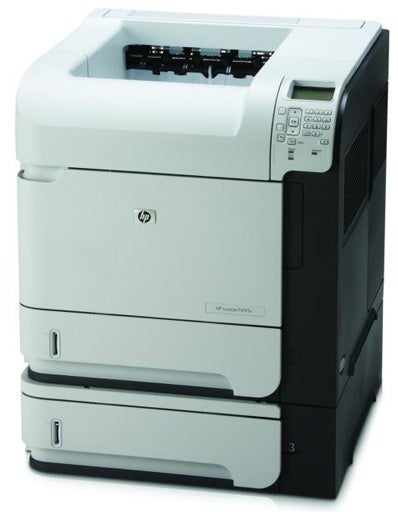 That’s all of the standard paper sources but, optionally, the printer can handle up to six trays, and one of these can be a massive, 1,500-sheet bulk tray. Other options include a stapler/stacker, an envelope feeder and a special media tray, as well as more memory and a hard drive for document storage.


The control panel is neat and straightforward, with a key pad for secure printing and a 4 line by 16 character, backlit LCD display, which includes access to tutorials on printing techniques, printed out from the machine’s own firmware.


One feature we’ve seen on quite a few recent lasers is a USB socket on the front, so you can print files from a flash drive. Sadly, there’s nothing like this on the HP machine, though you can print securely by sending a file through its Gigabit Ethernet link and printing only after you’ve reached the machine and entered a PIN. As well as the network interface, there’s a standard USB 2.0 socket for local connection to a PC.


Given the 225,000 page-per-month duty cycle of this printer and the capacity of its drum and toner cartridges, it’s surprising how discreet they are. Fold up the front cover of the printer and you can slide in a cartridge with a minimum of fuss – and it doesn’t disappear deep inside the machine’s mechanism.


Software installation is also straightforward, with the drivers and supplies monitoring utilities loading easily from CD. The driver supports duplex documents, booklets, watermarks, multi-pages per sheet and prints at both 600dpi and 1200dpi resolutions.

It’s silly speed times again, with HP quoting up to 50ppm for the LaserJet P4015x. We measured our usual five page documents – text and text with graphics – as well as a 20-side document, in both simplex and duplex print modes. With a high-duty printer like this, it’s fair to assume document lengths will be longer than with a smaller, personal-use laser.


The five-page documents printed in times of 17 seconds and 16 seconds, or a maximum speed of 18.75ppm. Take the document lengths up to 20 pages, which the printer processed in 37 seconds, and you’re printing 32.4ppm. With documents of 50 pages or more, you might get somewhere near 40ppm, but it’s hard to see how you could reach the printer’s headline speed, even on very long runs. 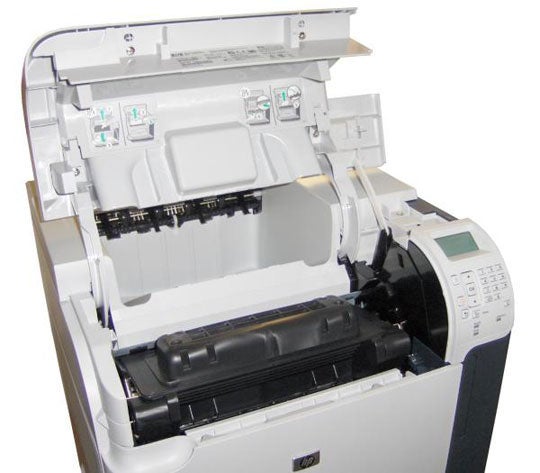 A high-speed printer like this will be used primarily for text print and at this, the LaserJet P4015x does very well. It produces very clean characters, sharp and dense even at small sizes and greyscale text is also reasonably smooth. Areas of greyscale fill are fair, though there’s a slightly blotchy look to mid-range greys.


This slight blotchiness carries through into photographic prints, but there’s very little banding to notice and tones in shadows are well reproduced. For a workgroup laser, the photo images we produced are more than reasonable.


One thing HP could be said to be avoiding in the specs of the LaserJet P4015x is noise level. When it does quote noise level, the company uses acoustic power emission, measured in Bels, when everybody else uses sound level, measured in dBA. HP’s method may be more correct scientifically, but prevents you comparing the noise from its printers with that from other manufacturers. In fact, we measured this printer at peaks of 68dBA at half a metre, which is loud enough to be annoying. You wouldn’t want the workgroup’s P4015x at the end of your desk.


The only consumables in this machine are the toner and drum cartridge, available in two capacities of 10,000 pages and 24,000 pages, and the so-called User Maintenance Kit, which appears to be a new fuser, rated at 200,000 pages.


These consumables are easily available as they are common to all the 4000 range of HP laser printers. Working through the figures gives a cost per page of 1.67p, which is good, though not quite the lowest we’ve seen from a workgroup machine. The Lexmark T642, for example, gives 1.47p.


This is a good mono office workhorse with plenty of room for expansion, but with considerable printing muscle straight out of its box. It produces good print quickly, though not quite as quickly as HP believes, and has low consumable and maintenance costs making it a sound buy for any busy workgroup with a lot of paperwork. 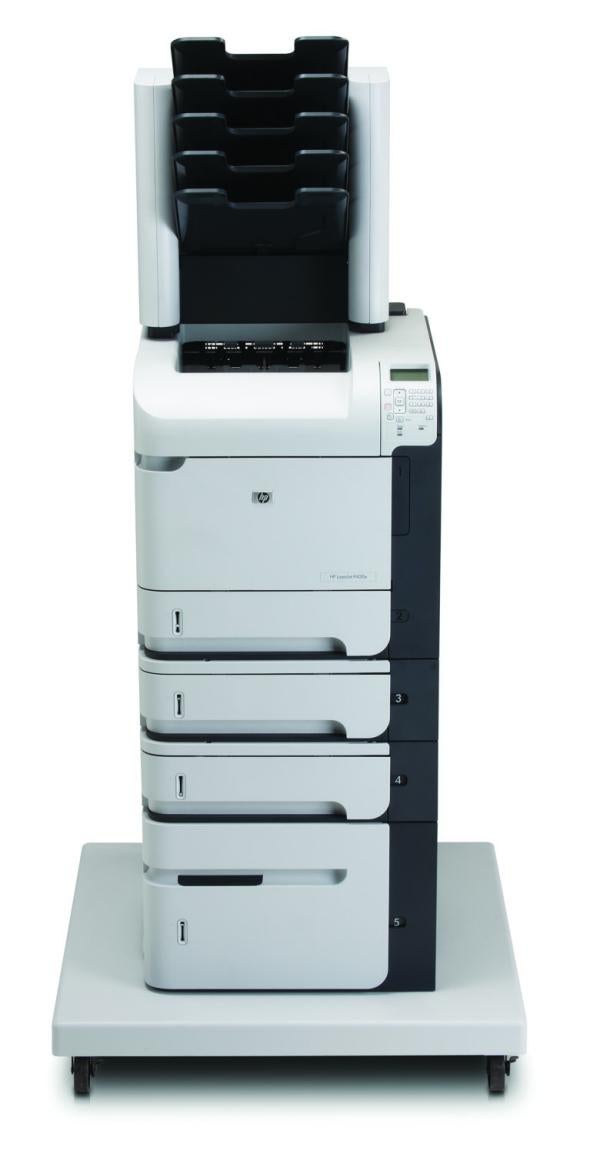